I decided to promote the Instagram created through my own Facebook initially in order to generate some interest and followers, whilst also making those whom I know aware of my FMP (locally, nationally and internationally) as I plan on asking for submissions of imagery further down the line for a ‘selfie’ advertisement showcasing the realities and mental health impacts of social media, so thought it was good to get the word out to what I am doing.

In addition this alone raised some interest in regard to the educational element, with a friend whom is a teacher commenting, as shown below, in regard to if she could share the completed magazine with her students. Full correspondence can be seen below, however as in a crit it was suggested that I produce educational packs for schools (time permitting), I felt this was a good initial starting point. 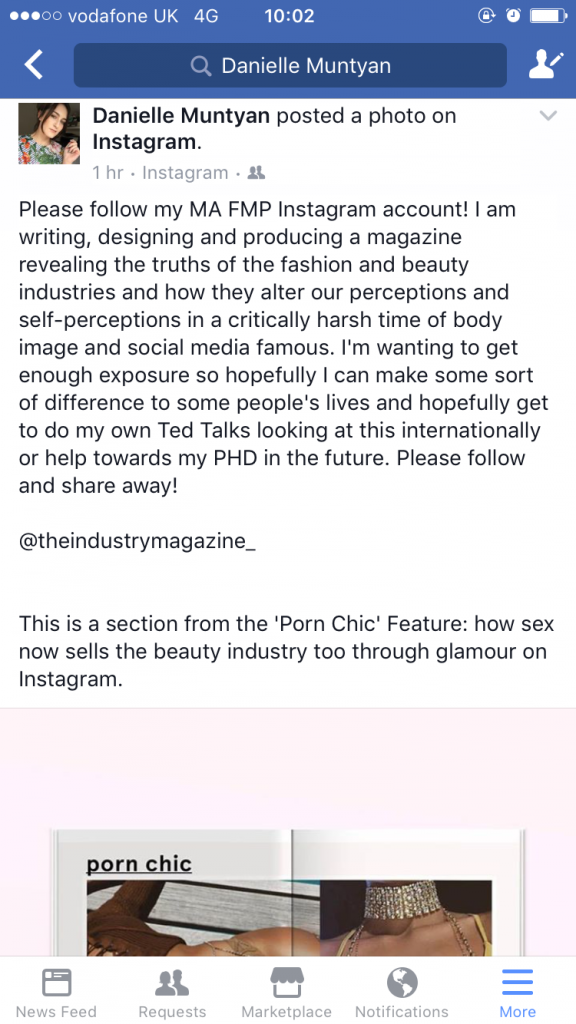 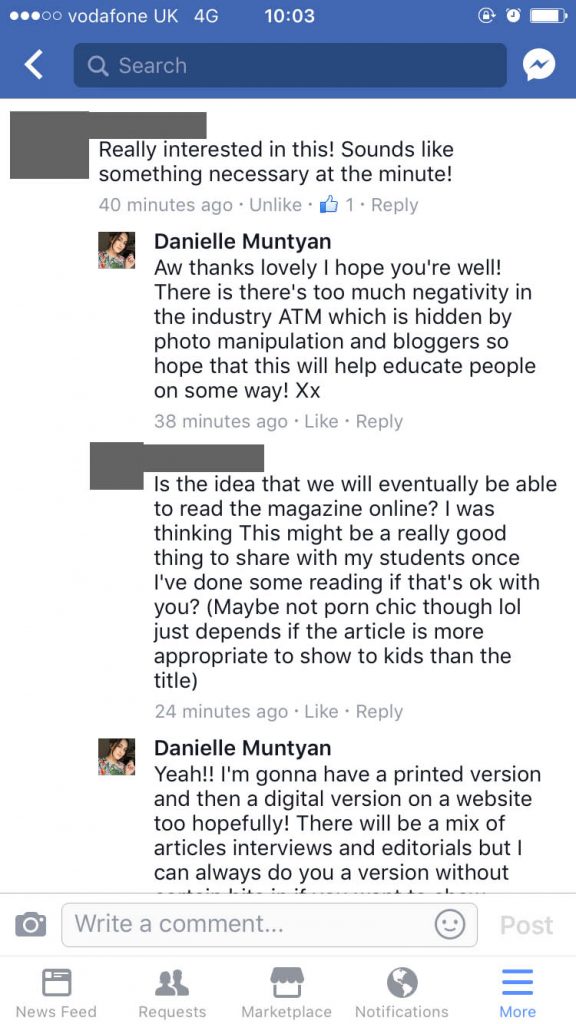 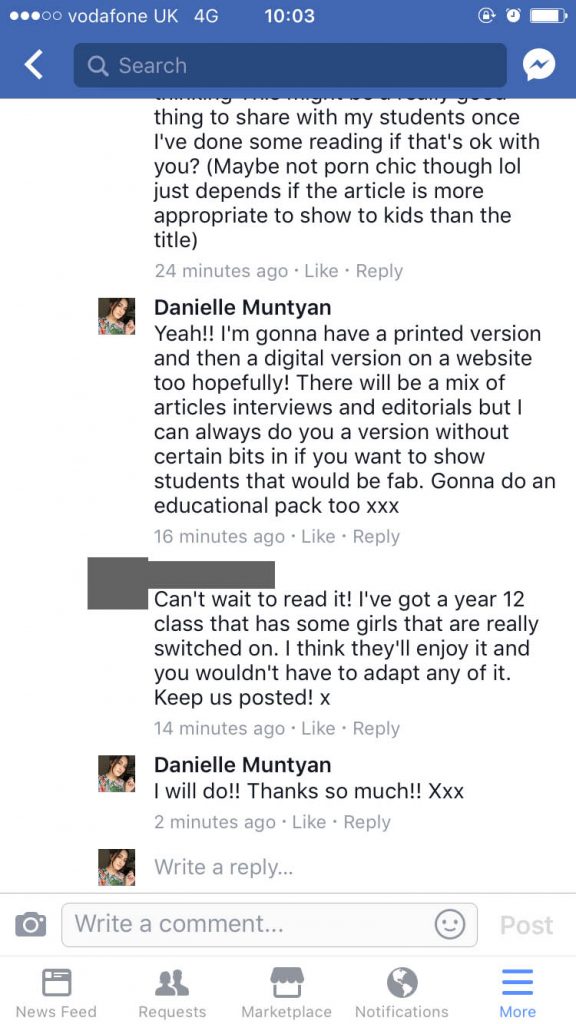