This is working towards objective 4.B.

After working on the initial idea for the social media wellbeing campaign, I wanted to develop further collateral to support this and form a fully developed idea with visual references. A real campaign would be formed of more than posters, and being a campaign focusing on social media, I feel that social media is a platform which should be utilised in regards to reaching the right target audience – those who follow bloggers, icons, celebs and trends, and those that use social media on a daily basis specifically those who are actively following and engaging with beauty and fashion-led accounts.

It was at this stage I asked for feedback on my concept and initial work, and asked both Scarlett Carson and Bobbi Gastall from the MA also individually for feedback.

Scarlett noted that, “they’re great! So much better than just photos, with them in-situ (social media) plus the stats makes it all really poignant” whilst Bobbi agreed but added that I should include a slogan/caption which summarises the concept to tie in with the fake barbies and the idea of what is real vs what is fake/not real. This is where the copy, “don’t let them tell you what’s real” came from, and has since been applied to the posters accordingly.

In réponse and in relation to the social media aspect of the campaign in regards to collateral, I began to work on ideas for social media posts, whether be on Instagram, Twitter or Facebook for example. As a start I took the posters and began working with layout and composition on a 600 x 600 px art board to create such artwork. This can be seen below.

I did not feel the typography below worked aesthetically with the composition and decided against this alternate layout, and kept more inline with the posters allowing for visual balance. Even though very similar to the poster designs, I felt that this layout was the most effective due to at times having long sentences which suit a more linear approach. 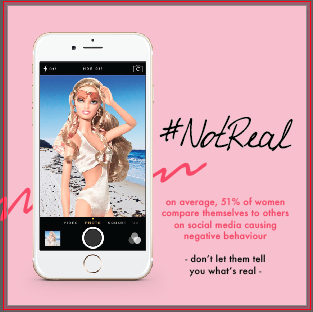 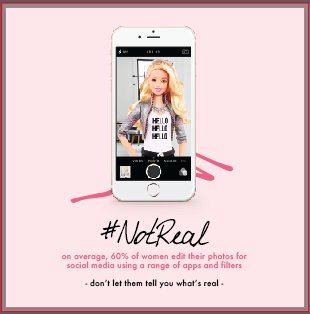 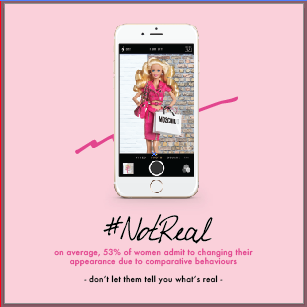 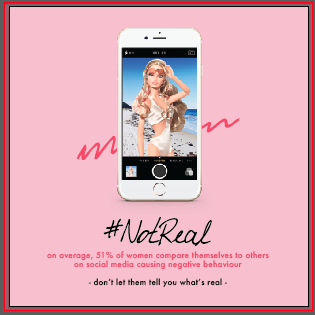 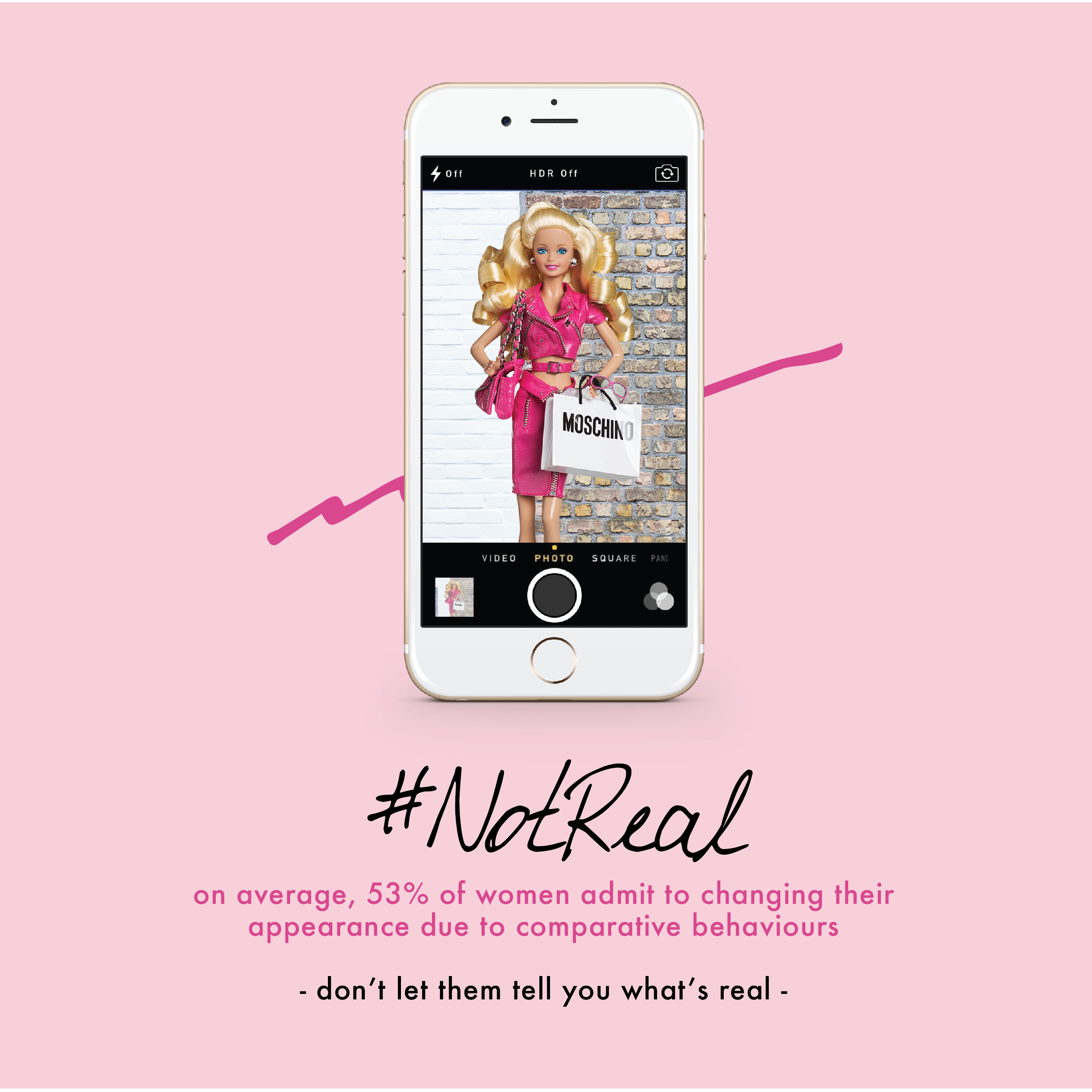 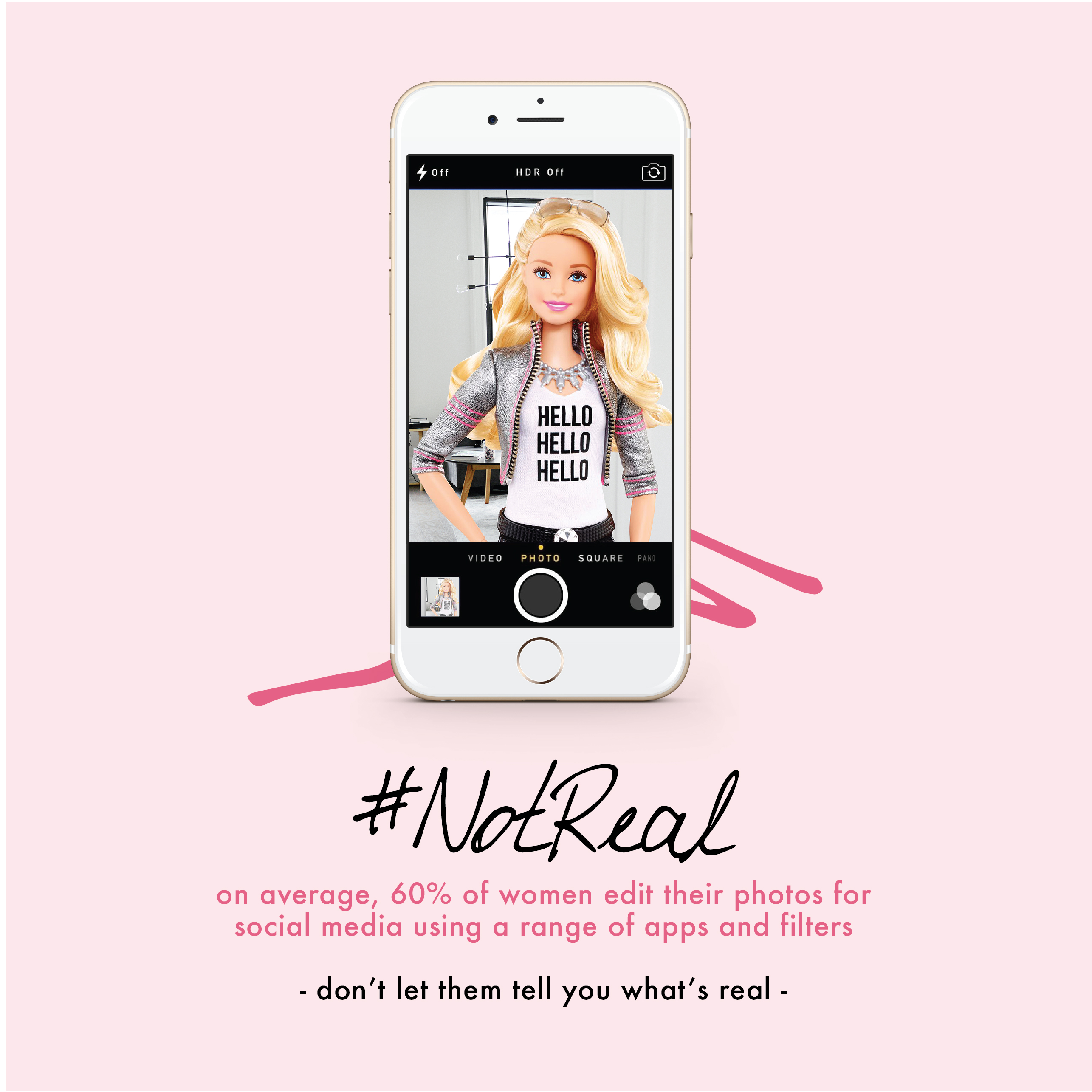 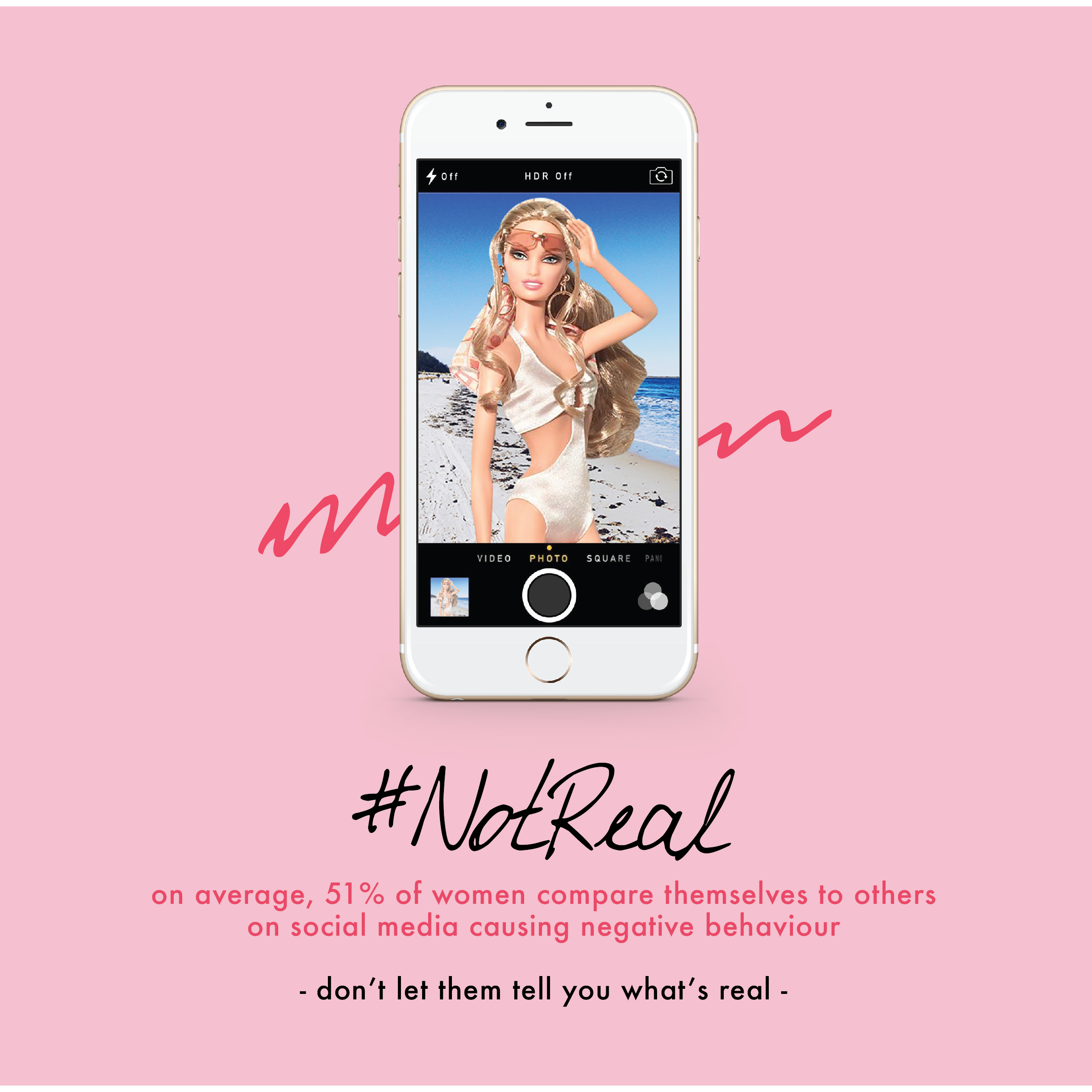 In regards to the poster designs which have previously been created, I decided to mock these up on various platforms where if in real life may be situated to be seen by the associated target audience.

The posters have been mocked up in everyday places such as the underground and bus shelters allowing for a wide range of people to see such campaign materials, which also being in ideal locations for young females to see whether going to school, to work or out shopping in the city for example.

I feel it is important to consider ‘real’ advertising spaces opposed to just social media, as the effectiveness of a campaign is only as effective as how much it is seen and engaged with, and if people don’t search for the hashtags used for example, or are not aware of such campaign to search, follow, like and share for instance the campaign will not be effective therefore different platforms need to be used.

Going forward I would use social media handles on the printed campaign materials such as posters, however at this stage want to focus on the idea as I do not have time to fully develop the concept and all aspects of the social media campaign in order to do so accurately and effectively. I would also like to gain more feedback before rolling out across all social media, and feel for now focusing on the concept of this campaign is key, opposed to rushing all of the collateral prior to hand in. I would rather wait and develop this idea further in semester 2 when I can fully consider all options.

This is also why I will not be able to develop the booklet and other printed leaflet collateral for example at this stage due to time constraints and the need to prioritise. This however is something again I would like to revisit in semester 2. 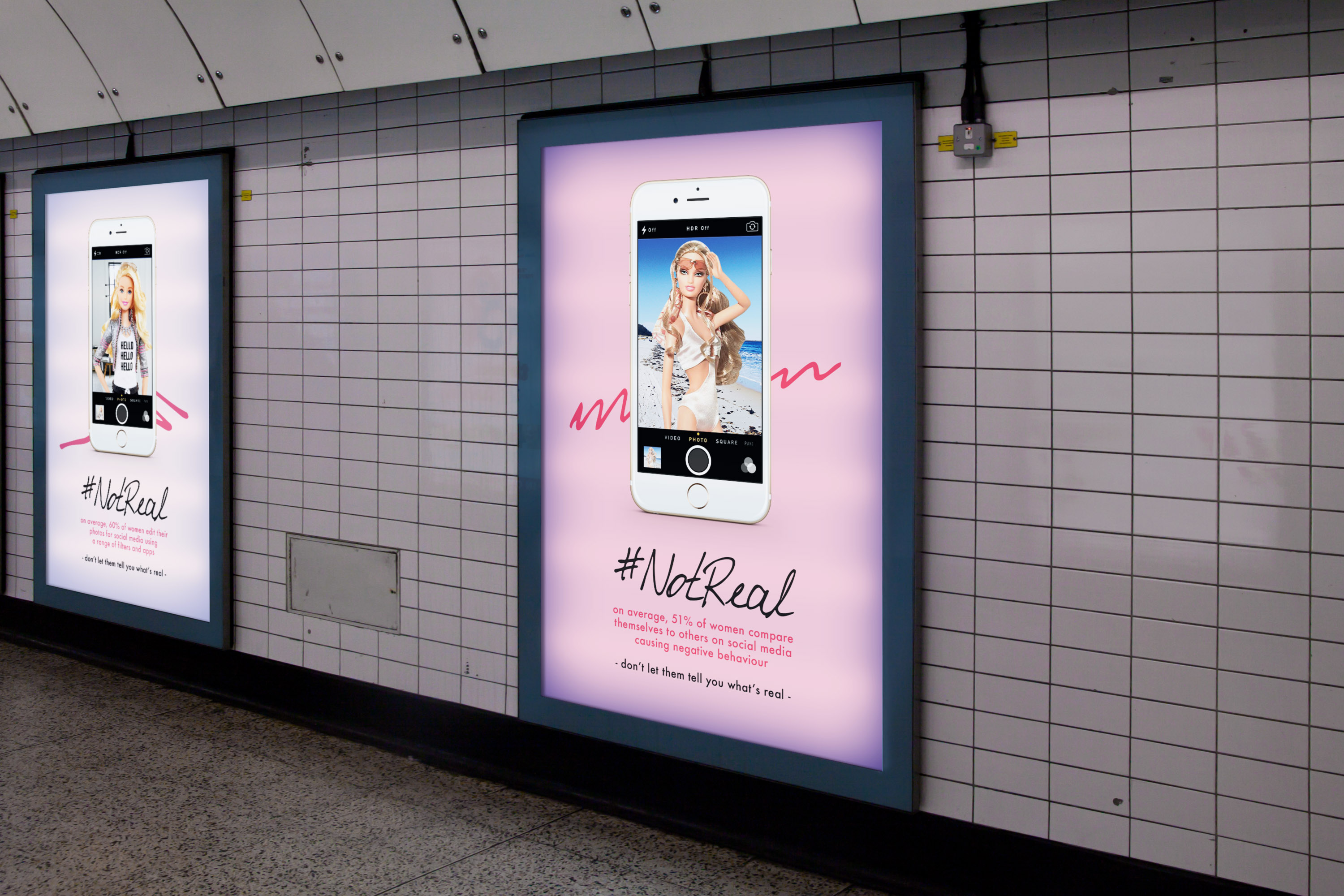 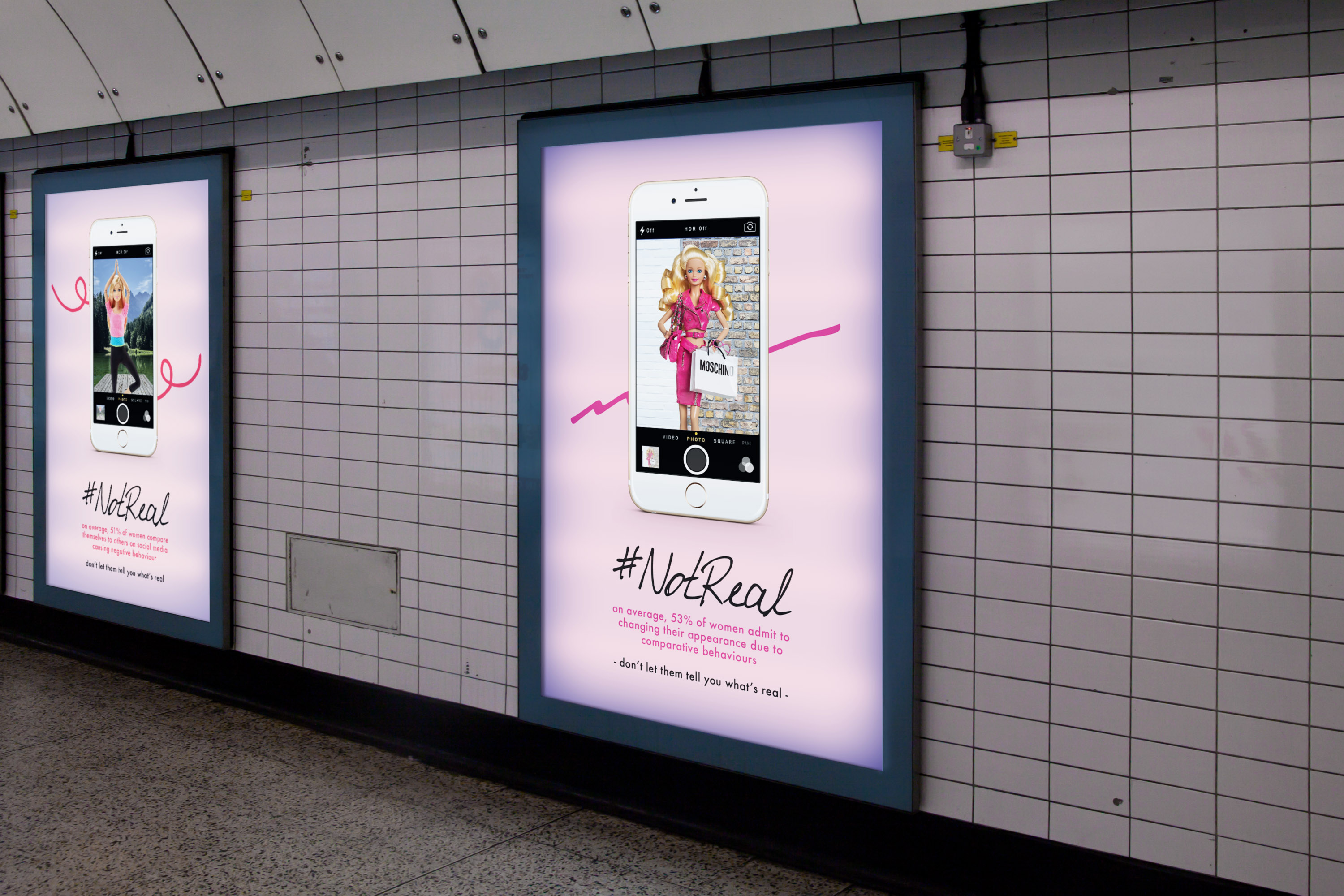 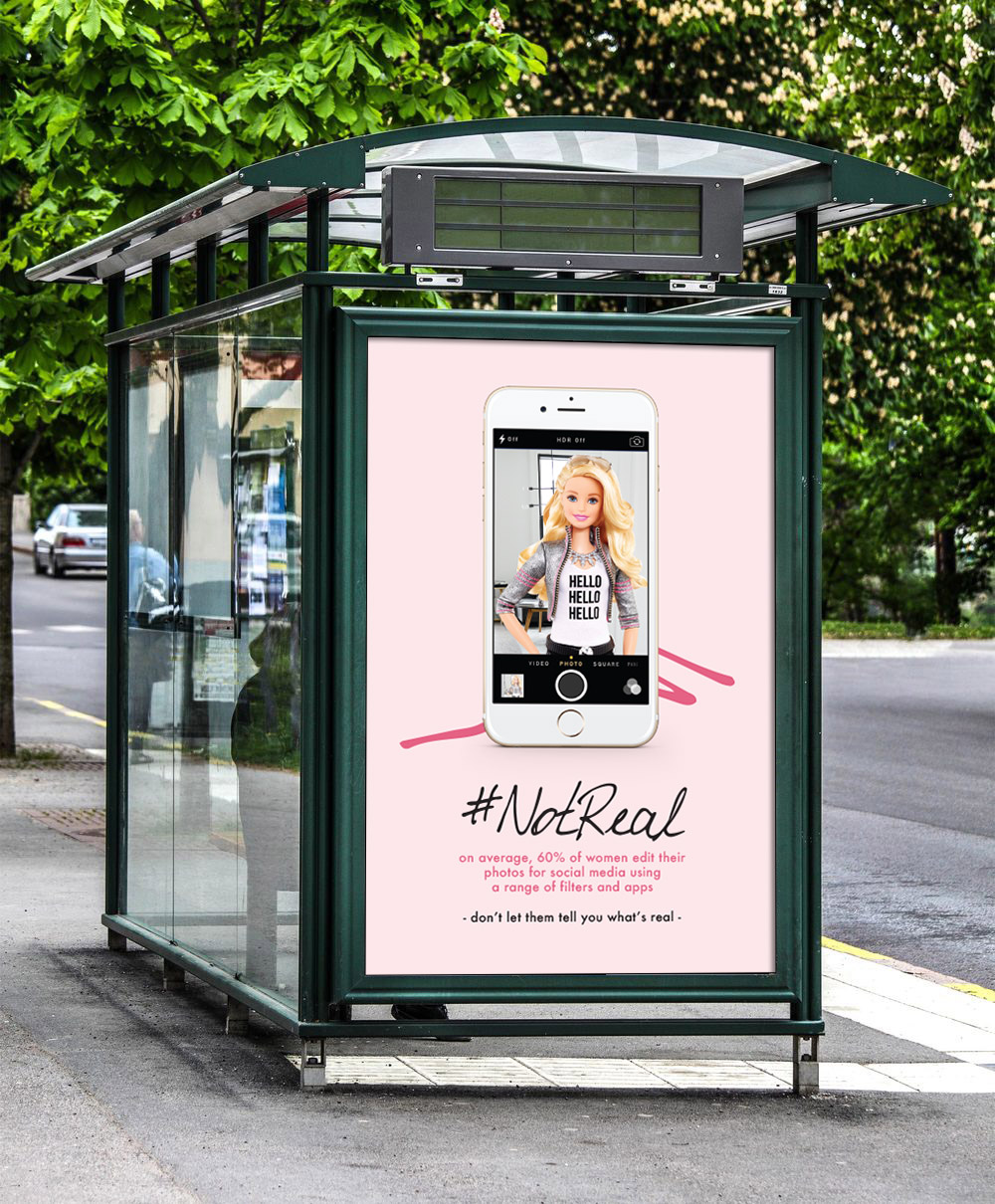 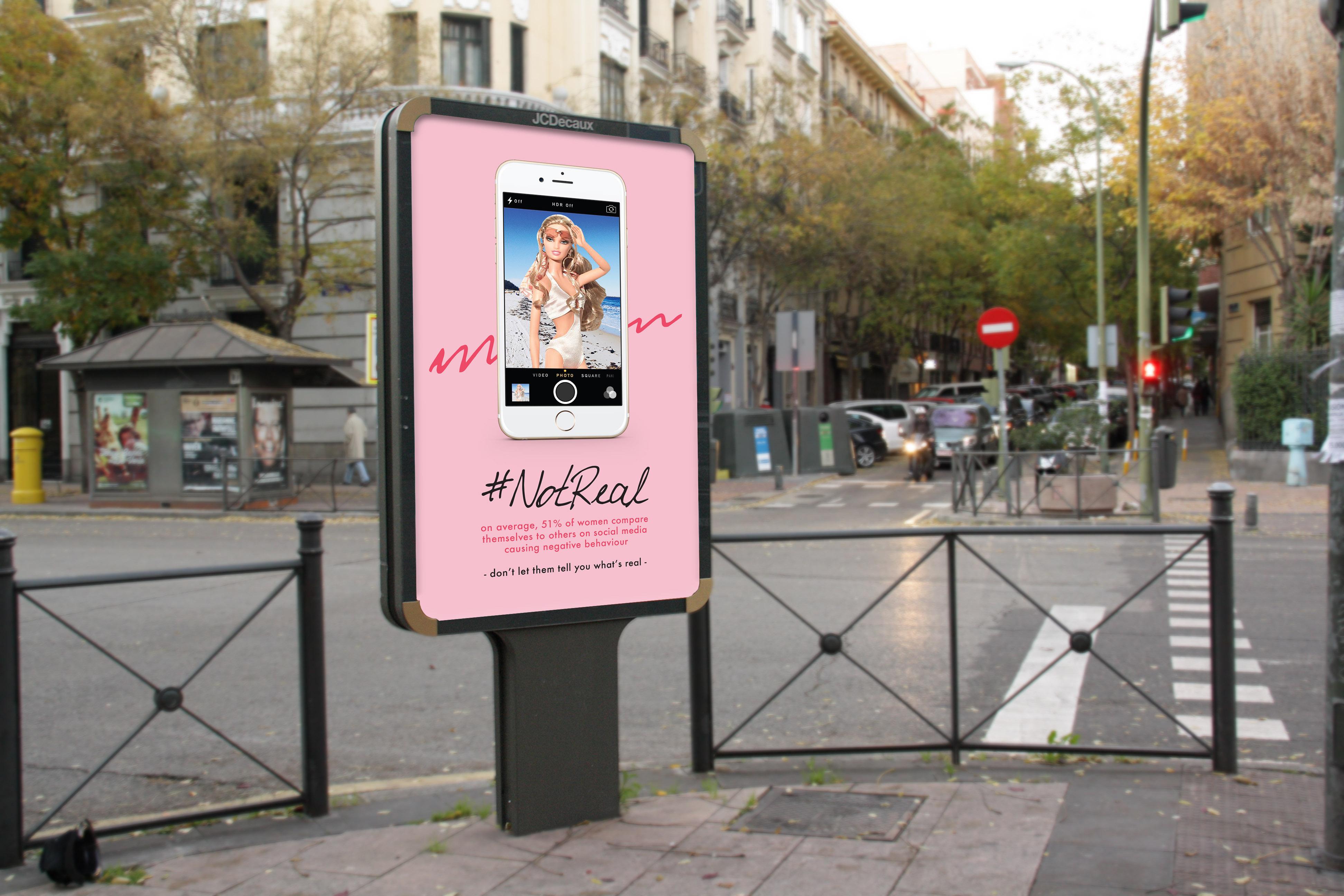 As noted above, I feel as though due to time constraints I do not have time to fully develop ideas or set up social media accounts in order to effectively apply handles to my works and feel by doing so now would be misleading anyone who sees the development of this project throughout feedback and feel it is right to wait until I have time to develop such platforms properly before applying this to my work. This being said as an initial prototype, I have mocked up what a cover image and avatar could look like, however do not feel as though this is the best it could be and feel as though more time, and thought needs to be put into this side of the campaign before moving forward.

Again, this is something I wish to revisit in semester 2 as I feel I have a strong concept and initial idea which needs to be built on and further realised through working social media accounts to engage with the target audience to be effective and in order to gain real feedback, thoughts, options and therefore also gaining practice based research strengthening my research question and current practice.

I previously noted booklet and leaflet based collateral as part of the printed campaign materials, and again feel before launching social media effectively should have enough research to have supporting campaign materials and feel without such materials can have a working and most-effective campaign.

Overall, I feel as though I have a clever idea which perhaps needs refining in regards to execution in order to be the best and most effective that it can be. 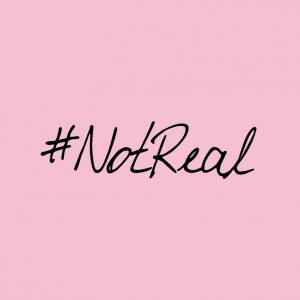 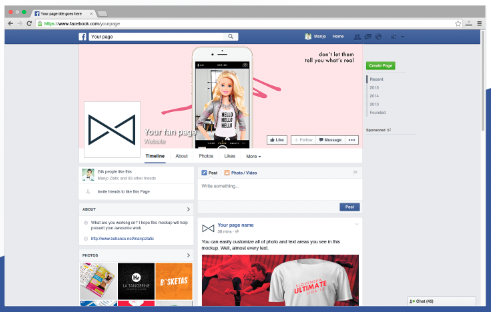 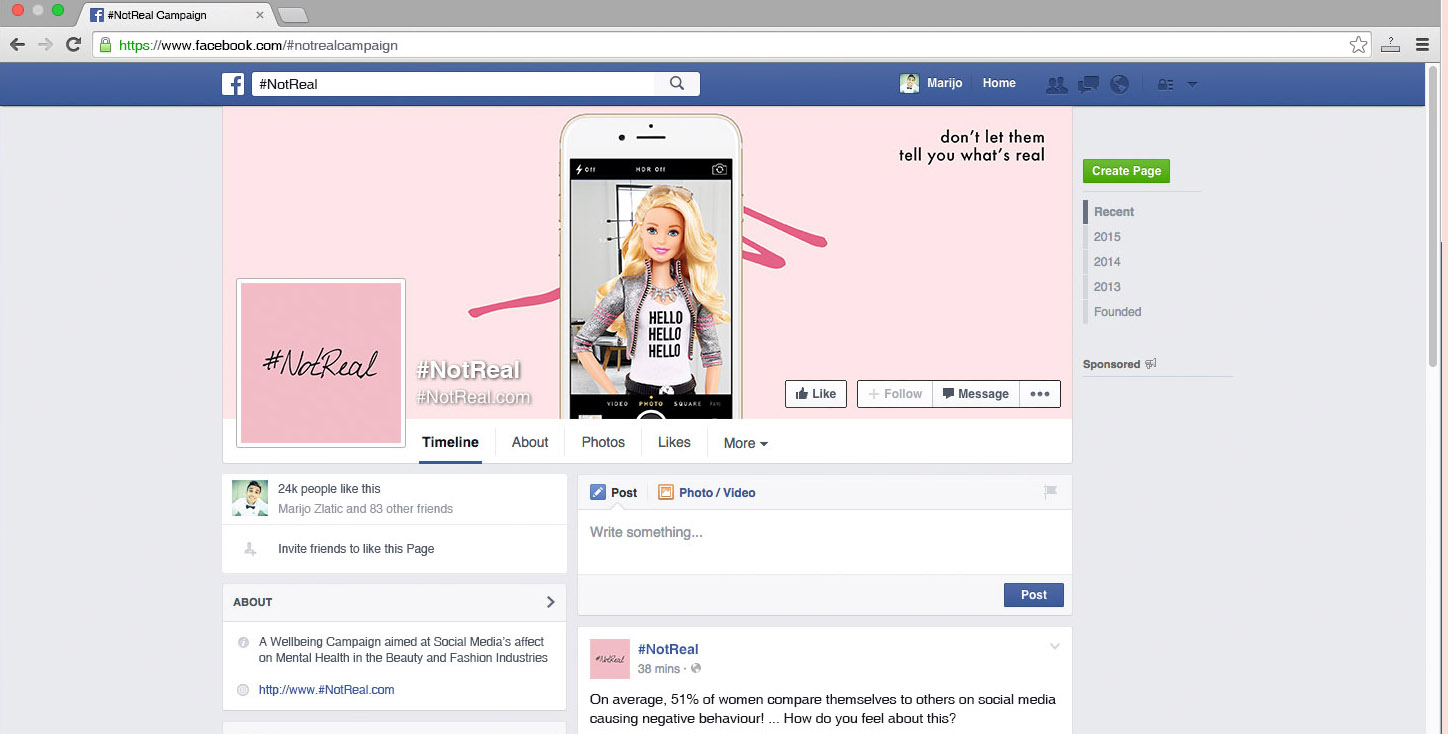