As I previously noted I have set up an Instagram account for my FMP. Since setting this up, I have made the account a ‘business account’ and have now the title ‘magazine’ below my name, making it more searchable and accessible across local, national and international audiences.

In addition, having a business account allows for ‘insights’ on your posts and demographics to be seen allowing for more targeted posts to be posted in the future, whilst also being able to see which demographics are looking at my posts, including, age, gender and location, allowing to see whether my posts are having national, international and local visibility, whilst also being able to see if my target audience of 18-24 year old females for the magazine is being met. 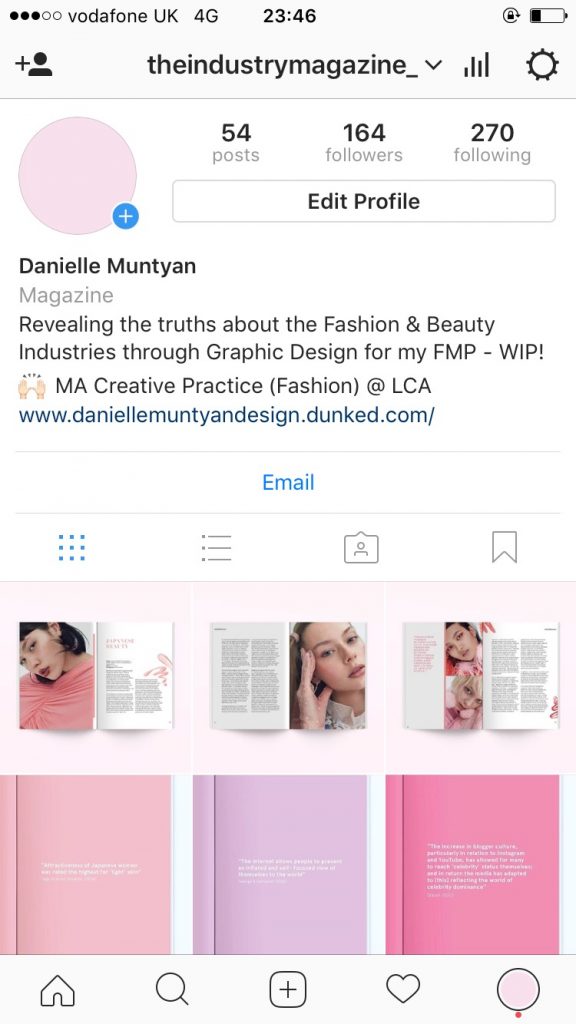 Below shows how many impressions have been made from the account since it was set up. Impressions means how many times collectively the posts have been seen by Instagram users.

Below also shows which posts are most popular – being seen the most, liked, or commented on the most. This allows me to see which posts are being received best so I can post more of this kind in order to stimulate interest and a gain a larger following for my magazine. I want to do this incase my magazine is ever expanded into a series and is published, therefore having a base of interested readers, whilst also making Instagram users aware of my research and findings, promoting this and promoting my professional context of a graphic designer working within the fashion and beauty industries. 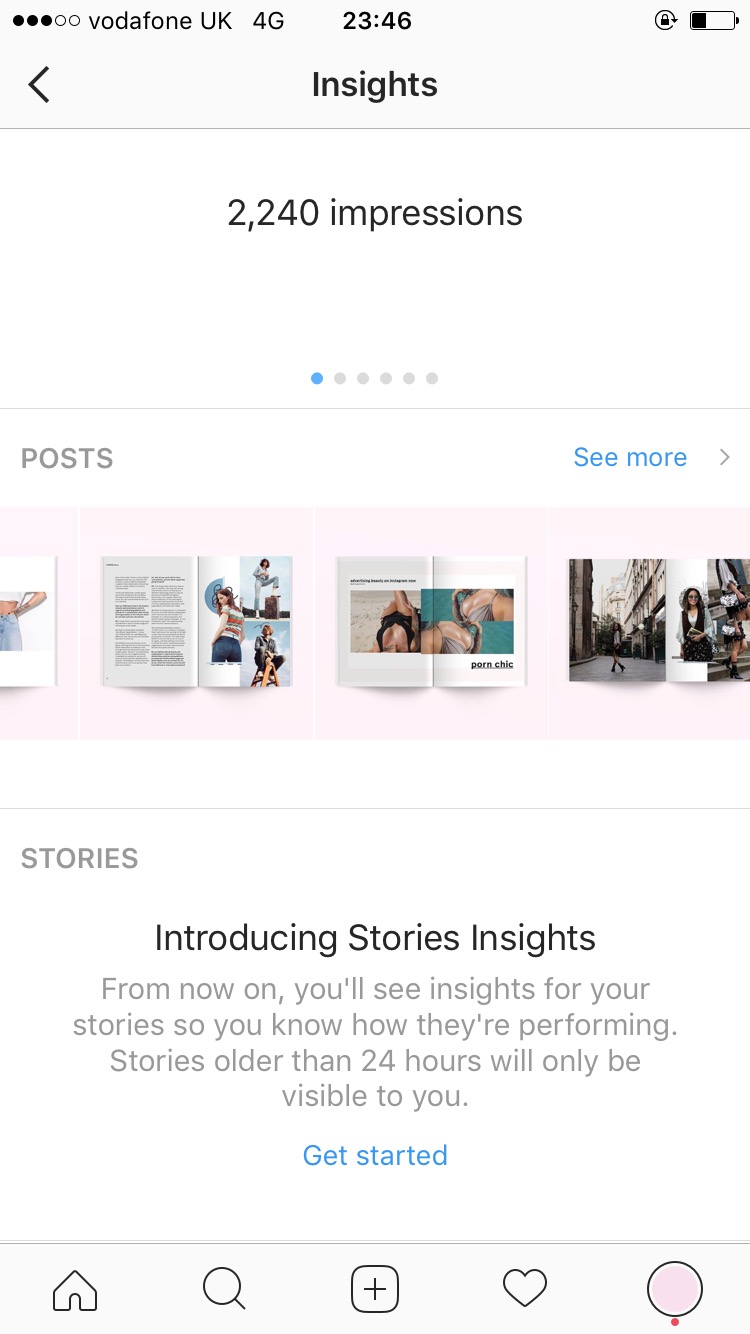 Below shows demographic data on my followers. 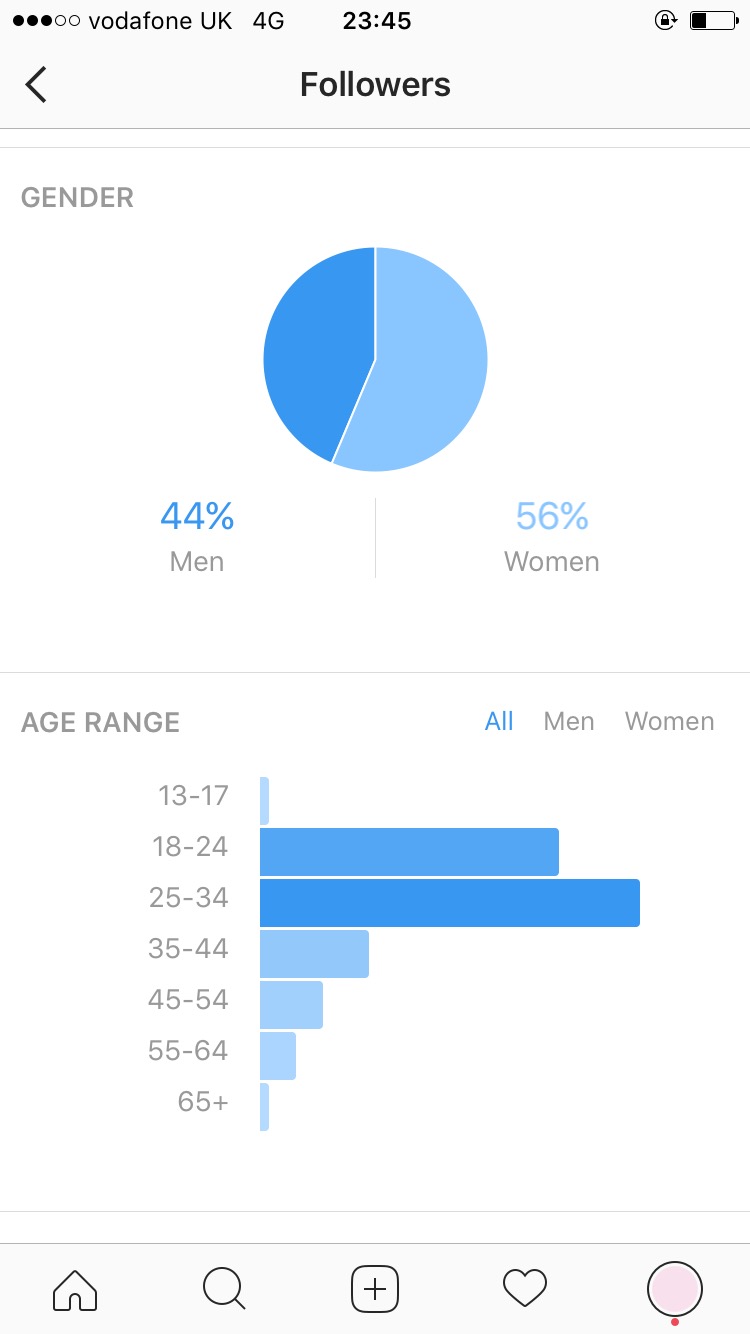 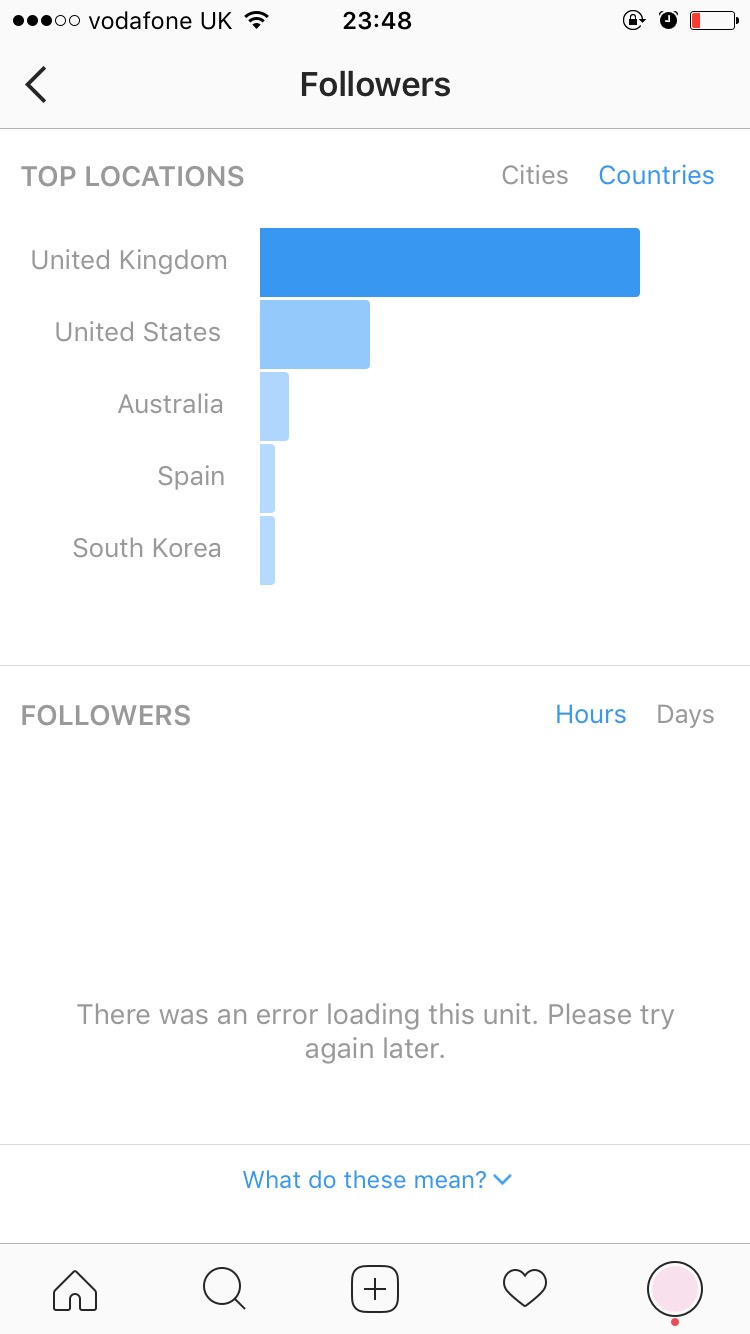 Below shows ‘Top Posts’ showing those posted only in the past 7 days. This information shows which posts have had the most views, again this will help with knowing which content to post in order to generate a larger following and reception. This changes daily due to newer posts gaining more ‘impressions’ and is something which I will continue to track. 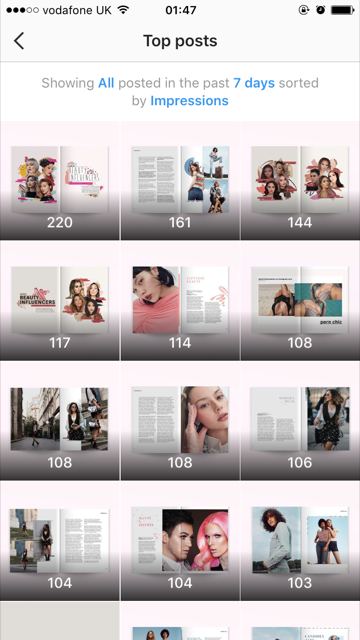 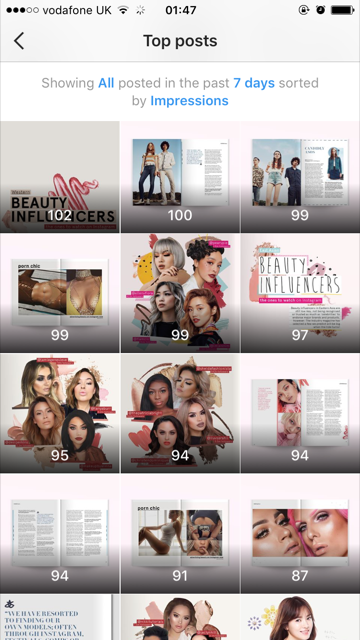 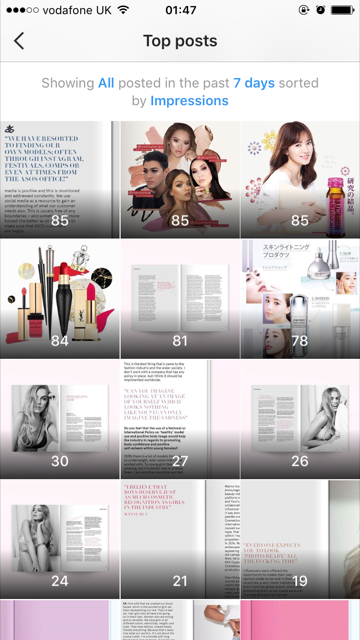 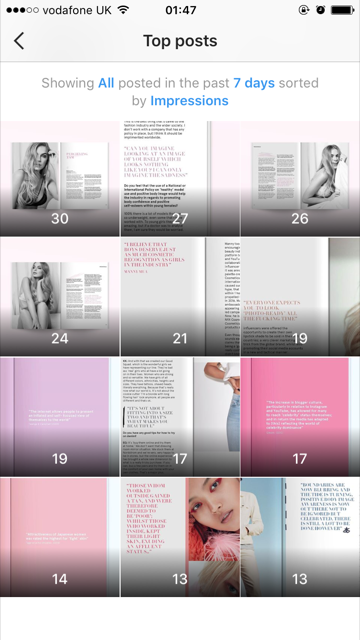 I have found the above insights really useful and reassuring that my magazine is targeting the right audience as initially thought, even if the ag bracket is larger than expected or initially stated.

I am planning on tracking this every 1-2 weeks, in order to see how this changes or stays the same as more content is developed, designed, created and posted in order to ensure that my magazine and instagram content remains within the correct demographic bracket, whilst also working towards gaining a larger following to share my findings with more people locally, nationally and internationally, whilst also aiming to generate press and publicity for both my FMP and professional context to help my future career.

I really would like to continue this magazine in my professional practice post MA, and build this around my career either as a freelancer or working as a graphic designer in a studio/agency environment working with fashion and beauty accounts. Hopefully, long term, I would like to build the magazine to be published in print and digitally on a website, allowing for submissions from different people around the world, which would enable ‘real’, current and relevant content to be continually used, following in the same vein as this addition, which is based on all of the research I have done to date through semester 1 & 2, including research trips, interviews, academic, theoretical and object-based research, for example.