Whilst in Tokyo, I picked up the latest Japanese editions of both Harper’s Bazaar and Vogue, which in relation to National Japanese magazines is a huge contrast in regard to content, design, models and editorial decisions. Unlike the National magazines which feature around 90% Japanese models, these magazines noted below, feature around 90% Western models. From my research to date, and from speaking with Vogue in Japan, this is due to the nature of the publications being of an International nature, and thereby need to maintain this in order to keep in line with, and maintain the ‘Vogue’ or ‘Harpers’ Bazaar’ title and standard. This is also why headlines are noted in English writing, allowing for International readers, such as myself, being able to understand what each article/spread is about, even if one can not read the full body of text. Product/brand names are also noted in English AND Japanese throughout, again in order to relate to a mass, international audience, allowing for consumers to purchase, or look up products/garments of interest for example.

Both of these magazines, also now have digital editions which can be downloaded via the Apple Store, or their relevant websites. This is advertised and noted on the cover of each magazine, as shown below.

In comparison to the Local and National Japanese Fashion and Beauty magazines, the aesthetic design decisions are stripped back in comparison, whilst still being much more daring, and playful in design than the UK editions. Whilst talking with Vogue, this was raised and questioned, and is due to Japanese women wanting to be youthful and playful, whilst falling in line with the ‘cute’ or ‘Kawaii’ themes which are popular in Japan across editorial design, beauty products and garments, allowing for a visual relationship to be built with the reader. It was important to understand this in relation to self-perception issues in order to understand how magazines can affect perceptions within Japanese women, and likewise the perceptions of others in regard to external and visual influences.

A range of Western models, all of which have fairly light skin, have been used throughout the magazine alongside Japanese models whom look fairly Western also in regards to skin-tone and eye shape, portraying the known ‘ideal’ in Japan, whilst enforcing a major Western influence.

It can also be seen that celebrities and icons featured are Western, opposed to being National Japanese icons, and again this falls in line with the idea of maintaining the ‘International’ title of both magazines and what they stand for – affluent, inspirational, well-know and established high-end Fashion/Beauty trends. When I asked Vogue about this, and its reasoning, it was established that Japanese icons wouldn’t be as well received or recognised by an International audience, and by using Western icons and models, differentiates them from the National and International magazines which are seen across many magazines on the shelves in Japan.

This is also working toward the following objective:

2. To understand policies and guidelines within the Fashion and Beauty Industries currently encouraging positive body image. 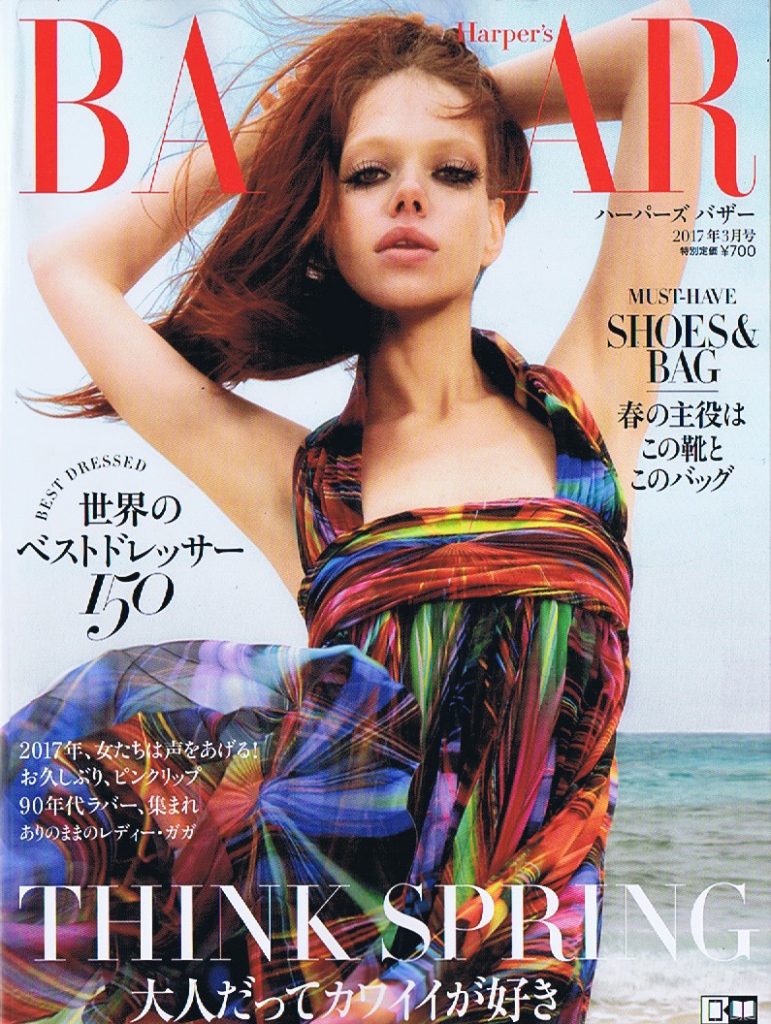 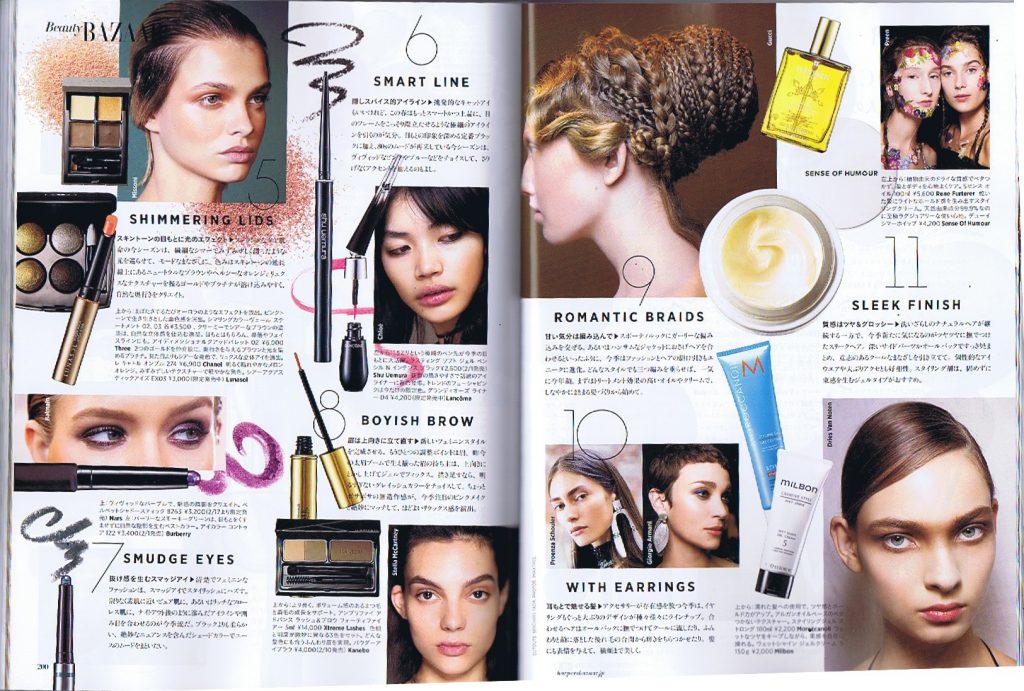 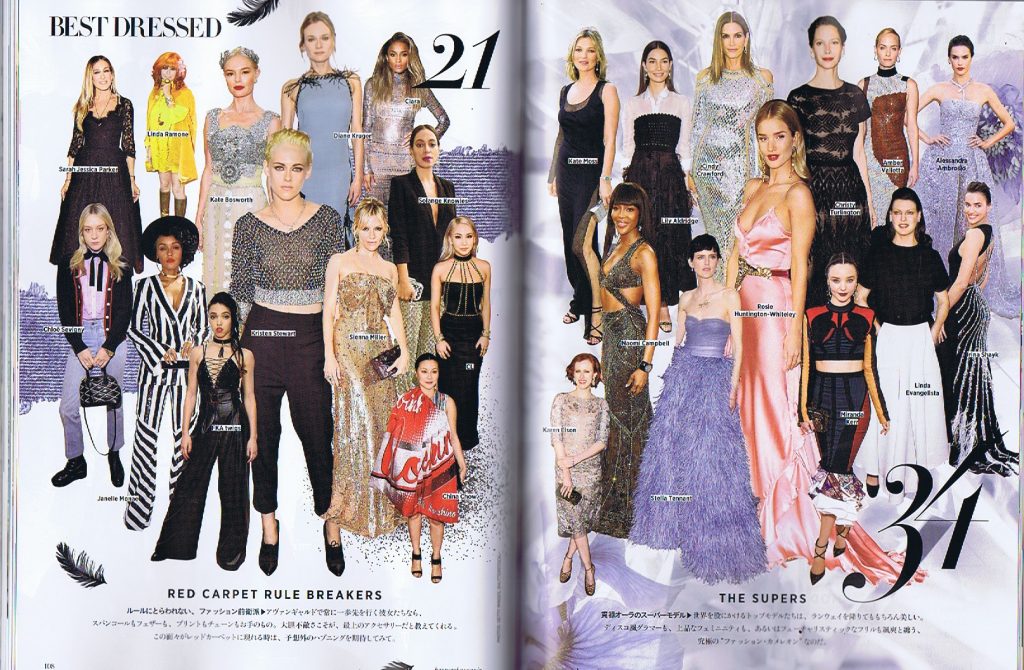 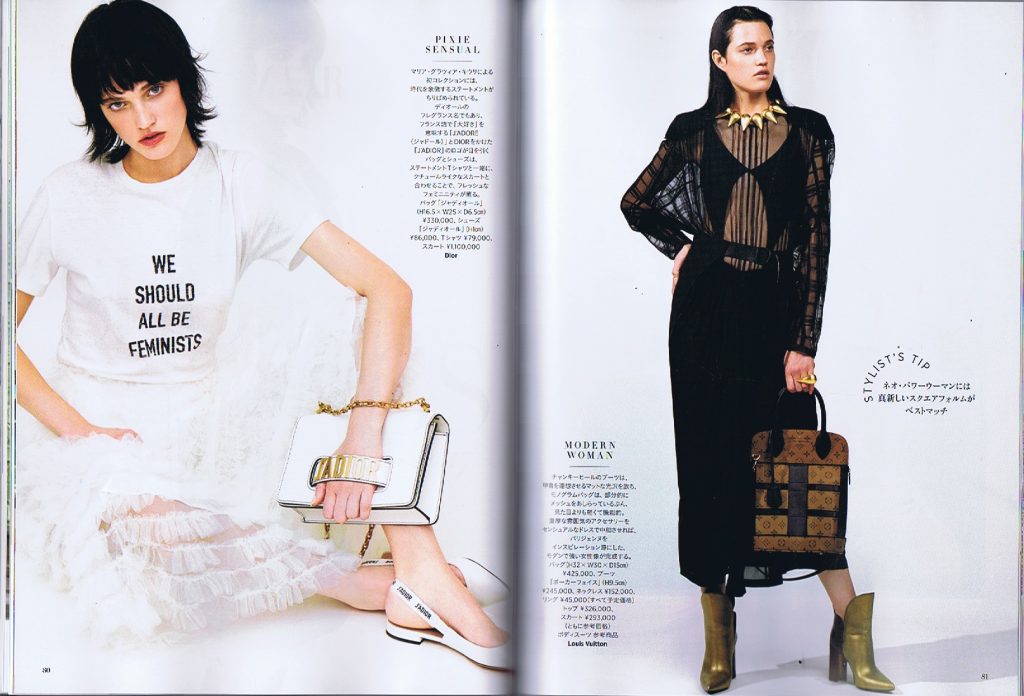 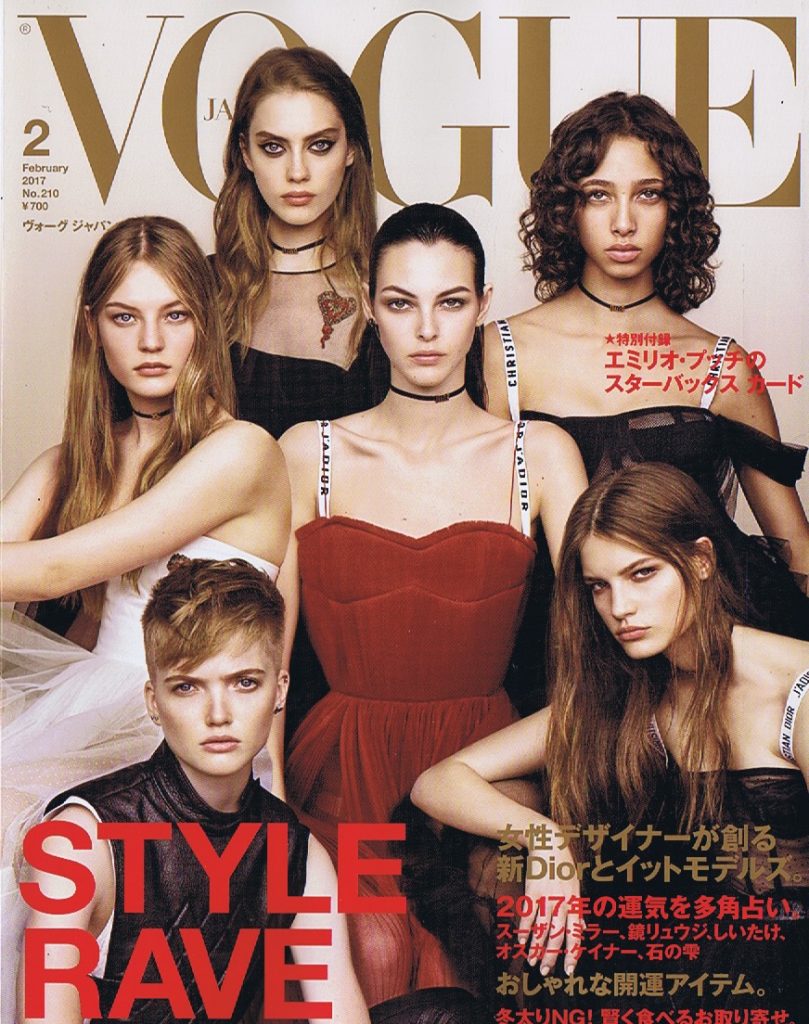 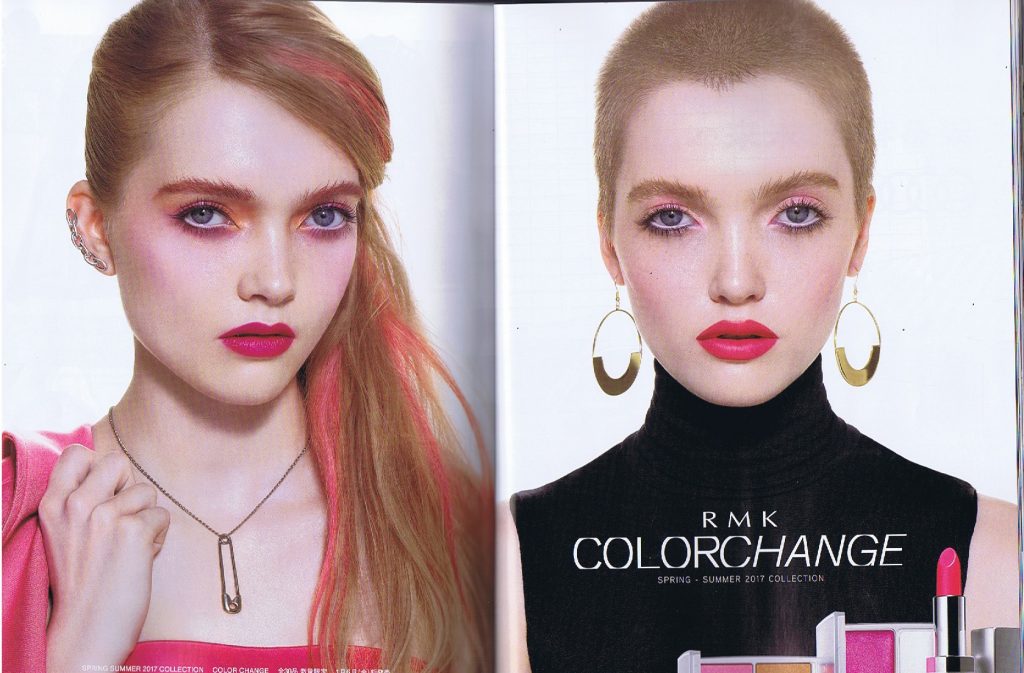 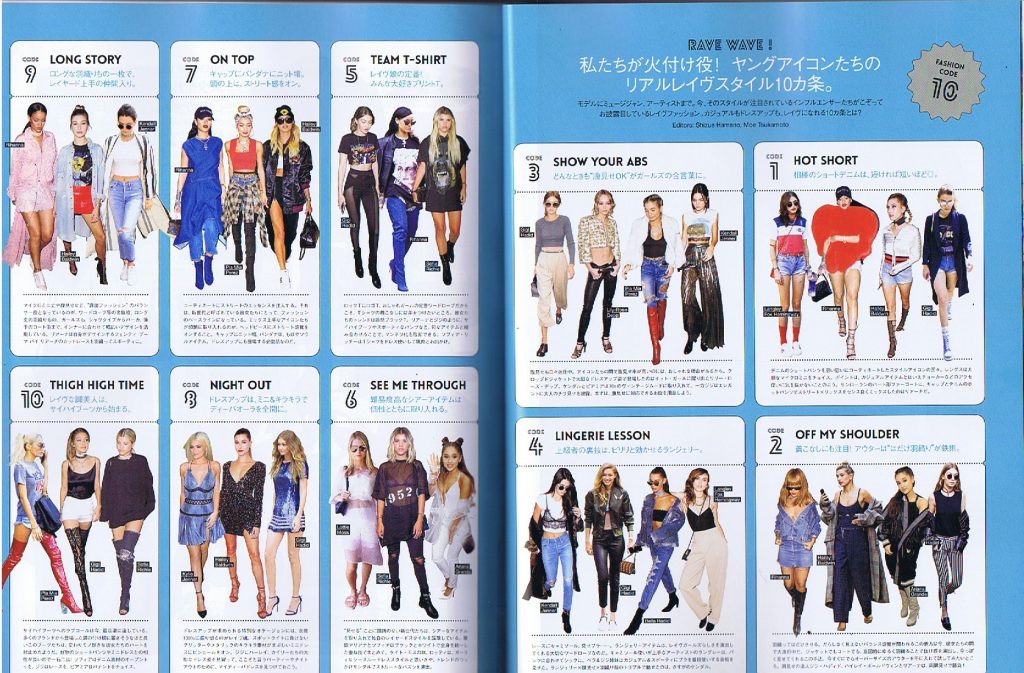 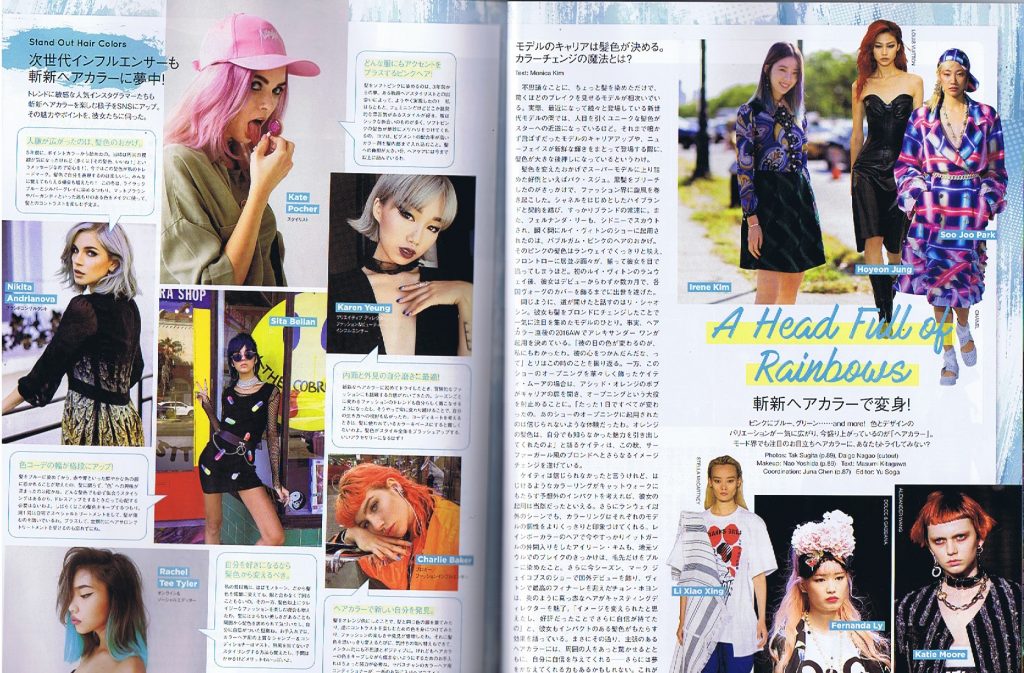 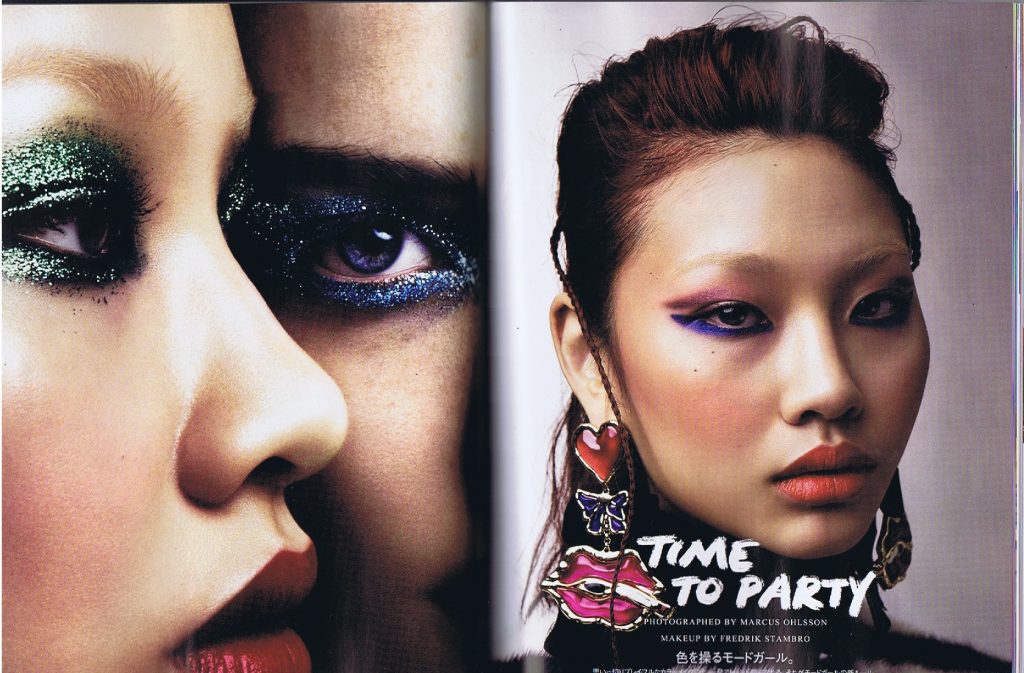 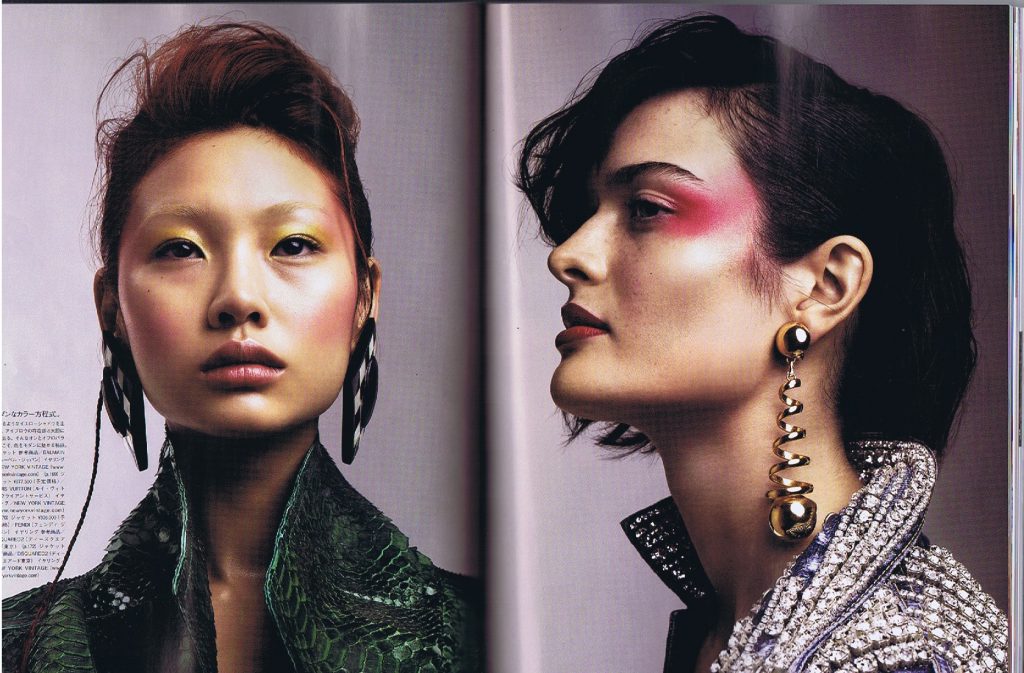 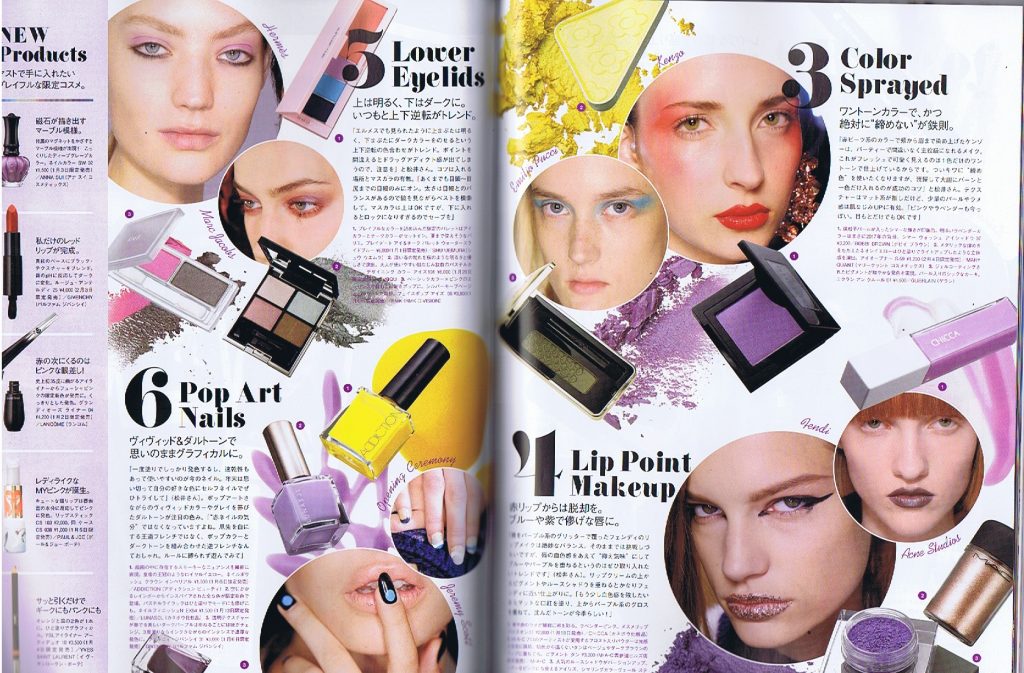 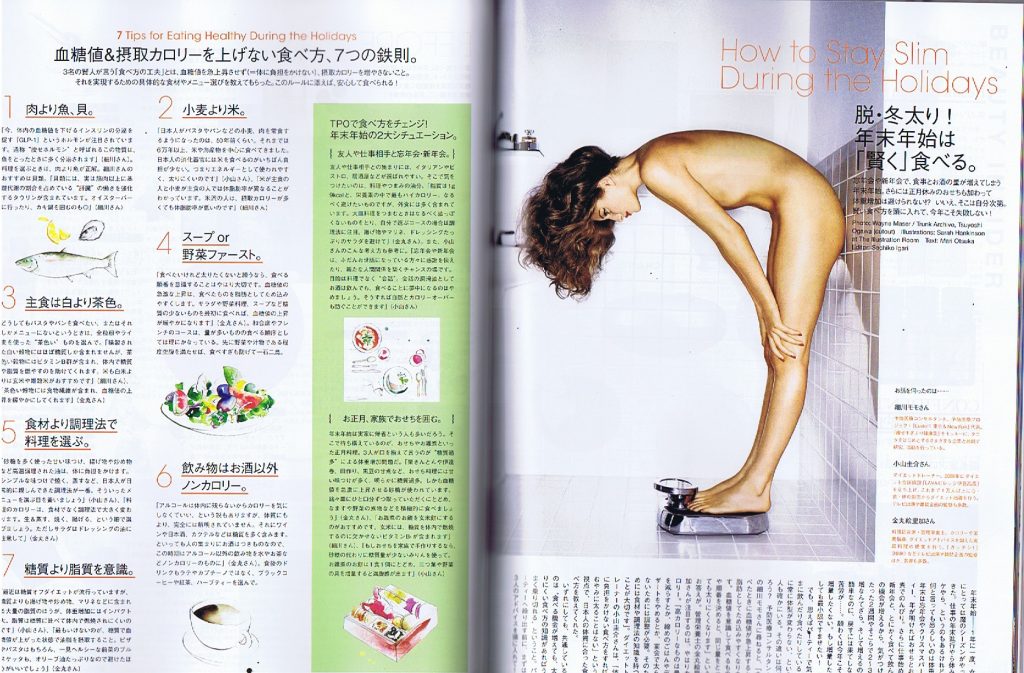 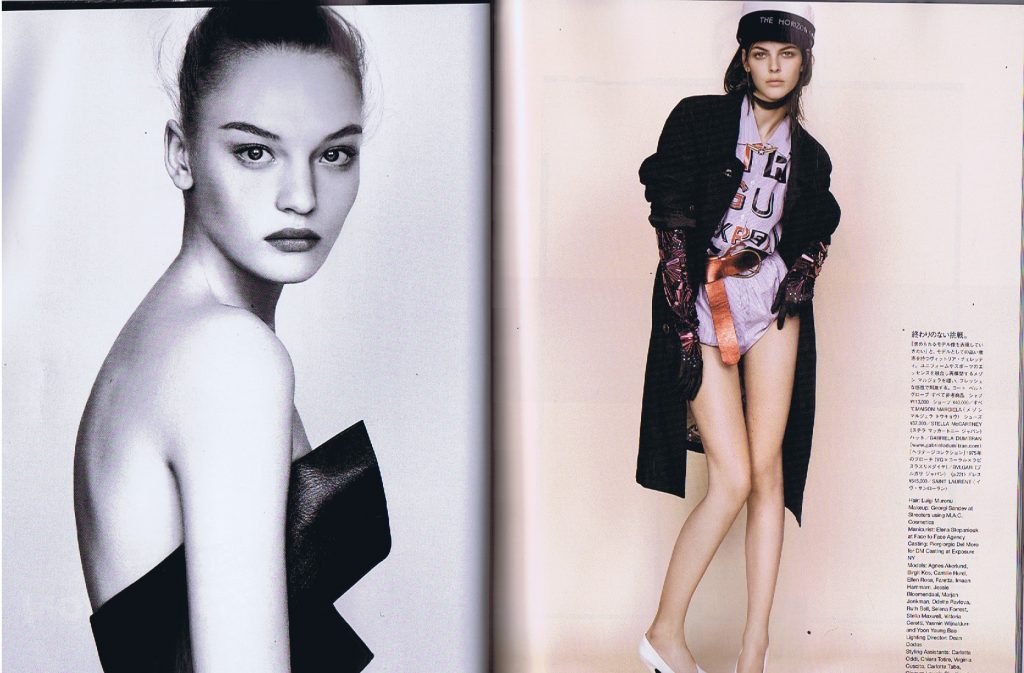