Whilst in Tokyo, I visited the ADMT, in order to gain information and visual inspiration in regards to how the use of women within advertising has changed overtime, as women in Japan are only seen more recently as ‘equal’ to men in regard to their social and work status.

I found this a really beneficial trip due to featuring a show reel of Shiseido TV advertisements over the years, which unfortunately, I was unable to record. The advertisements spanned from the 1950s to present day, and featured a mix of both Western and Japanese models/stars.

I was however able to collate some printed materials and photographs, which I have documented below.

This is also working toward the following objectives: 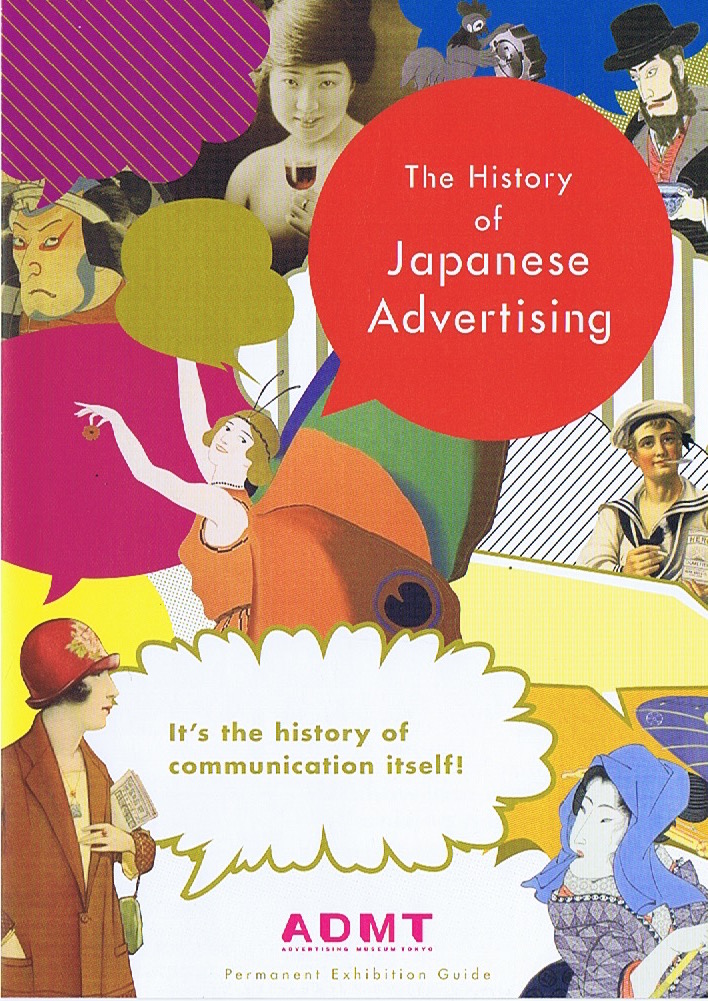 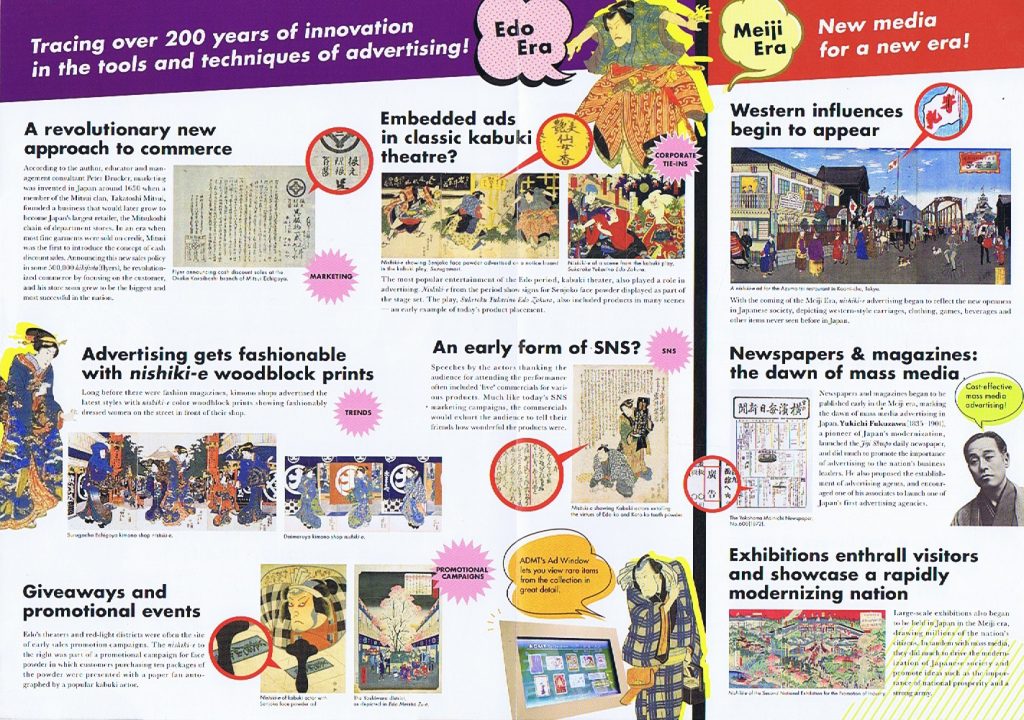 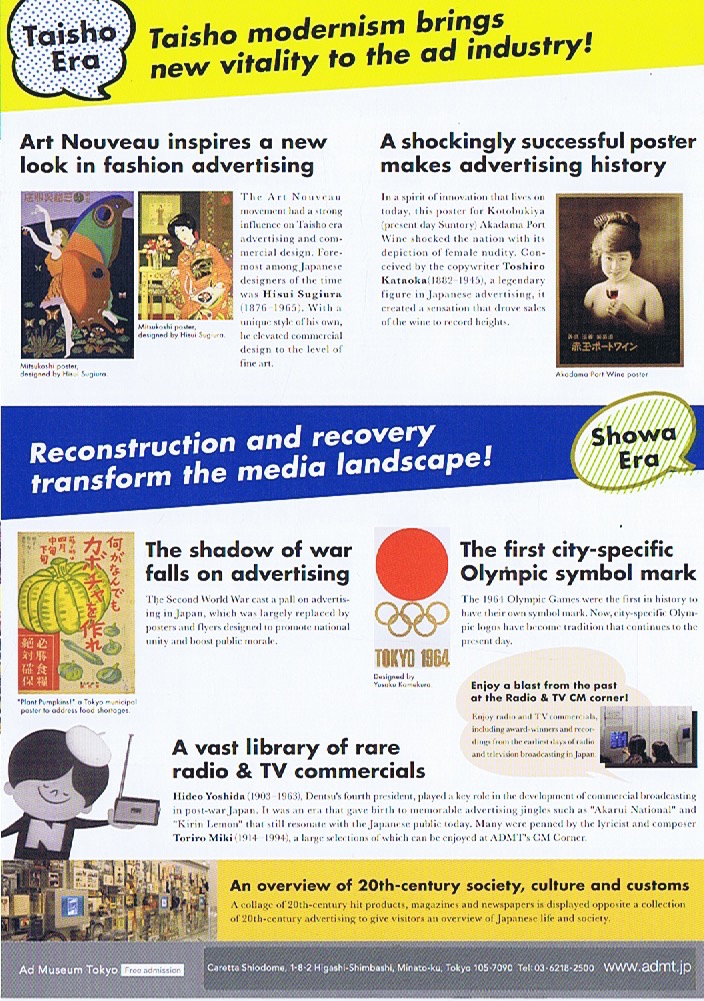 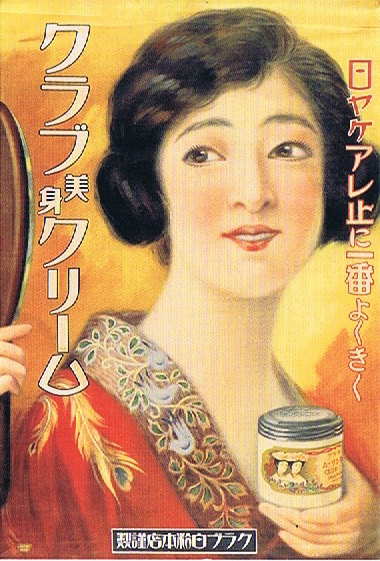 Above shows an advertisement for a Japanese face cream – what I found interesting is that even though this is not a Shiseido campaign, the same marketing strategy of using a mirror within the artwork – the self-surveying gaze – whilst also having a pleasing smile on her face looking at her reflection. This has been discussed in more depth below, in relation to another Shiseido advertisement. 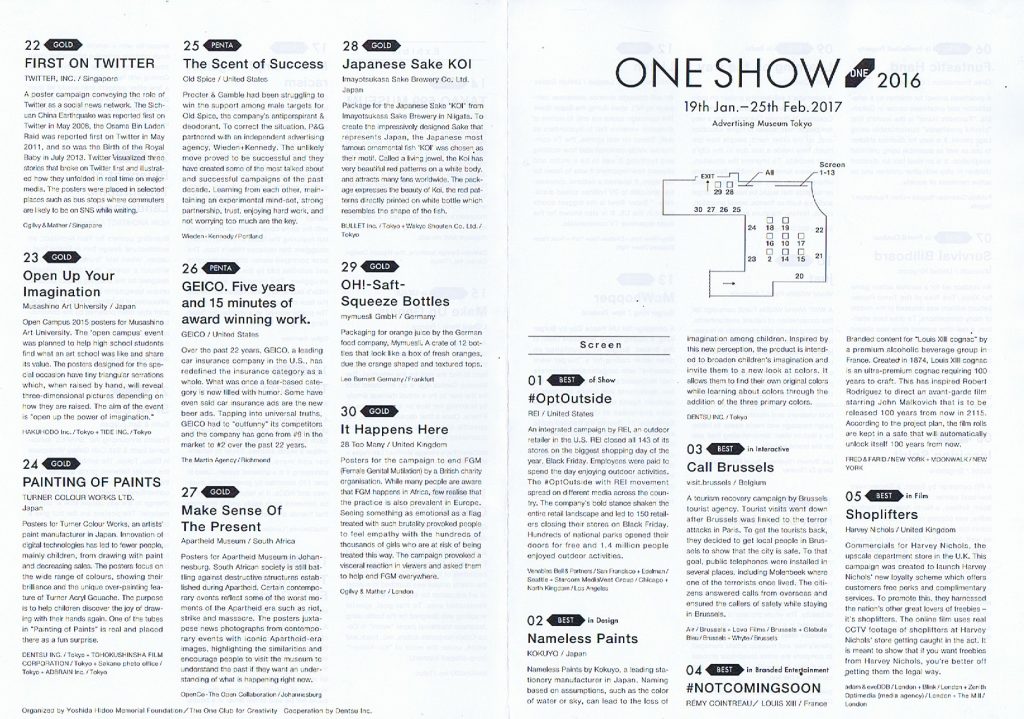 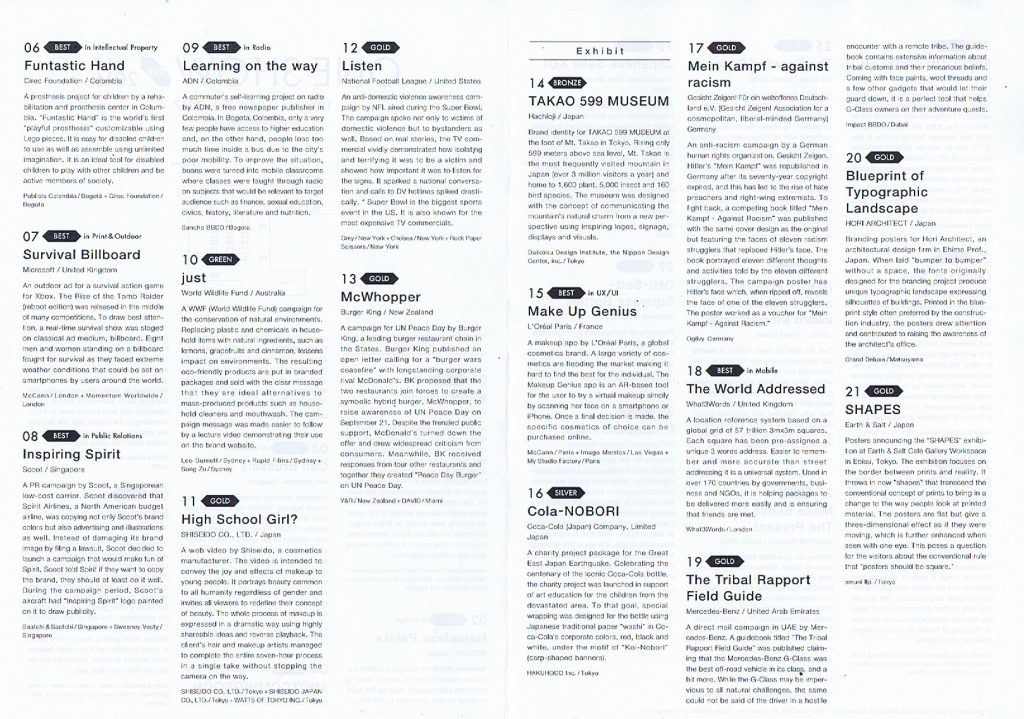 I have included the exhibition guide above from ‘The One Show’, which notes a feature on the L’Oréal Make Up Genuis app. Again, each of the above had a relevant film to watch, along with an iPad allowing for a user to experiment with the app in the gallery. I was however unable to record this video. The main purpose of the app is to take away the stigmas and embarrassment of trying on products in store, whilst also being one of the first mobile apps where you can try on products via augmented reality, and then purchase them also through the app. This is similar to the Shiseido Mirror, however this is only available to use at the Ginza store. The L’Oréal app also allows for reduced foot flow in stores, easing the pressure of staff in a manic environment, whereby in Japan, L’Oréal is seen as quite a luxurious brand and is sold in the equivalent of Harvey Nichols example, opposed to here in England where it is predominantly featured in ‘drugstores’ on the highstreet. 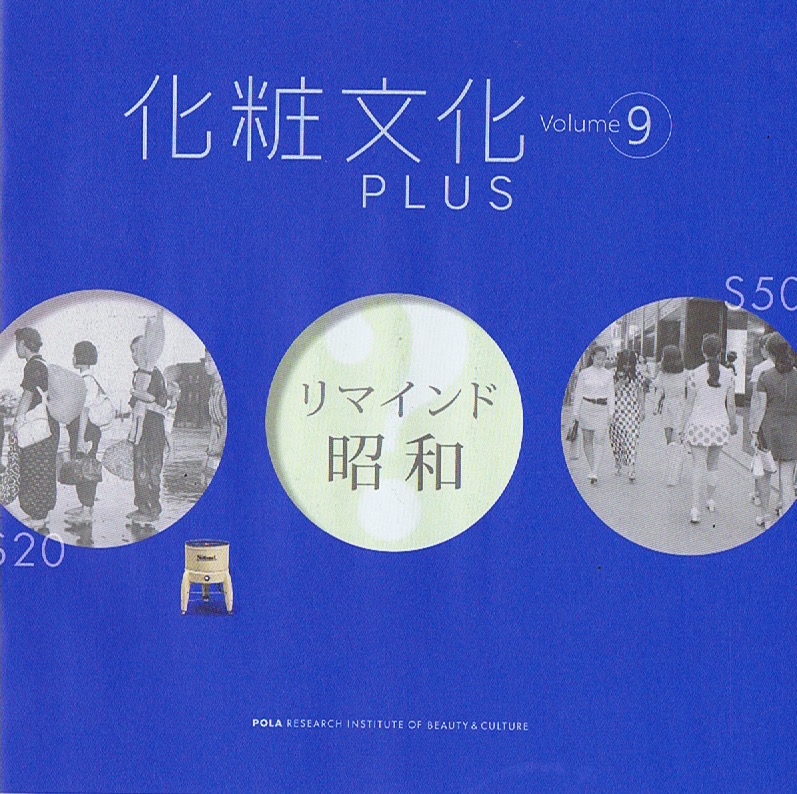 These particular scans have been taken from a book produced and written by POLA, the Japanese Research Institute of Beauty and Culture. I felt very lucky to of come across this at the ADMT, as it shows the progression of the beauty industry, products and advertising over the past decade. I found from analysing this that there has always been a culture of ‘skin-lightening’ and youthfulness amongst women, due to as previously noted, socio-cultural and historical backgrounds, however also noted that I was Shiseido in the 1940s whom brought in and introduced Western models to work with throughout their campaigns for Beauty Cake – a very pale foundation with a very high SPF. I found remarkable however, that the advertisement is shot on a beach, proving the point that with this foundation you can enjoy the sun and the weather, but you WILL NOT TAN. Furthermore, the hat and costume worn are white – adding to the notion that ‘white is beautiful’. I was very happy to of come across this booklet and campaign, as this has reaffirmed previous research into Japanese culture and the obsession with ‘white skin’, as also in the journal, ‘Cultivating Japanese Whiteness’ by Ashikari, M (2005). This has been analysed and discussed in depth on a previous blog post. 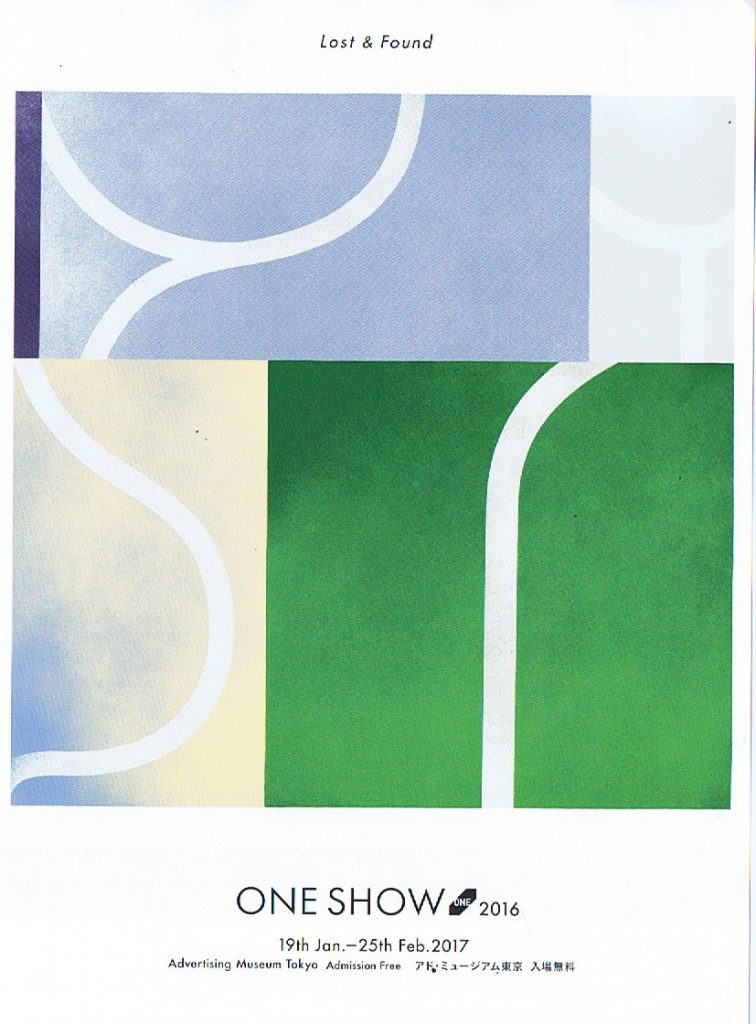 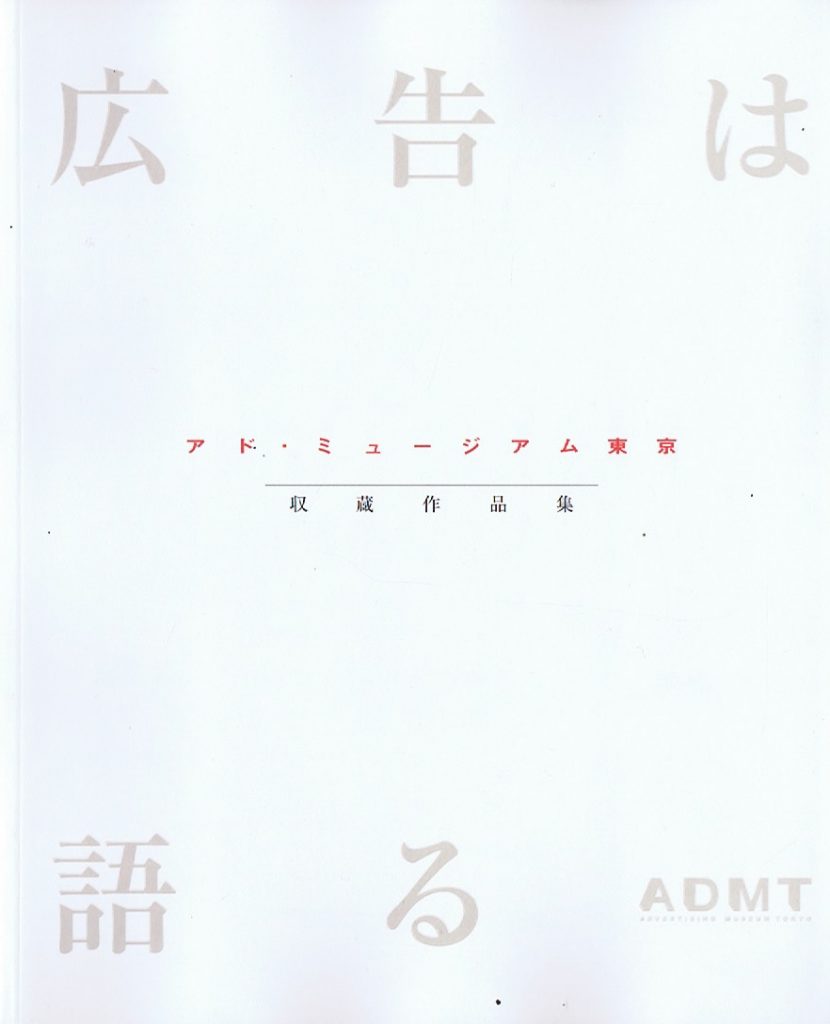 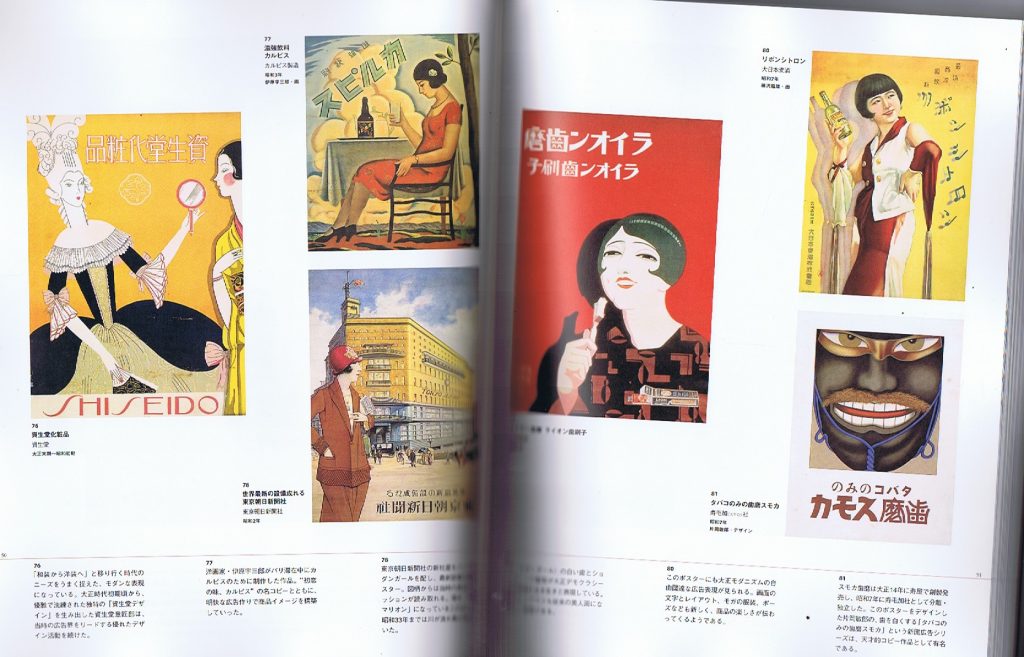 The book shown above was purchased at the ADMT store, and features a range of advertisements over the years, showing the progression of design whilst also showing how women have been used over the years in ad campaigns for both shopping centres and the Shiseido brand – as seen above. This I found complemented the various postcards and imagery taken from the Shiseido Ginza store, whilst also reaffirming research from a Shiseido journal (previous blog post), whereby mirrors or reflective surfaces were often use in campaigns, hinting at the self-surveying gaze theory as heavily discussed previous on various blog posts, and in my Professional Context presentations from Semester 1. This theory was derived by Shields and Heinecken (2002). 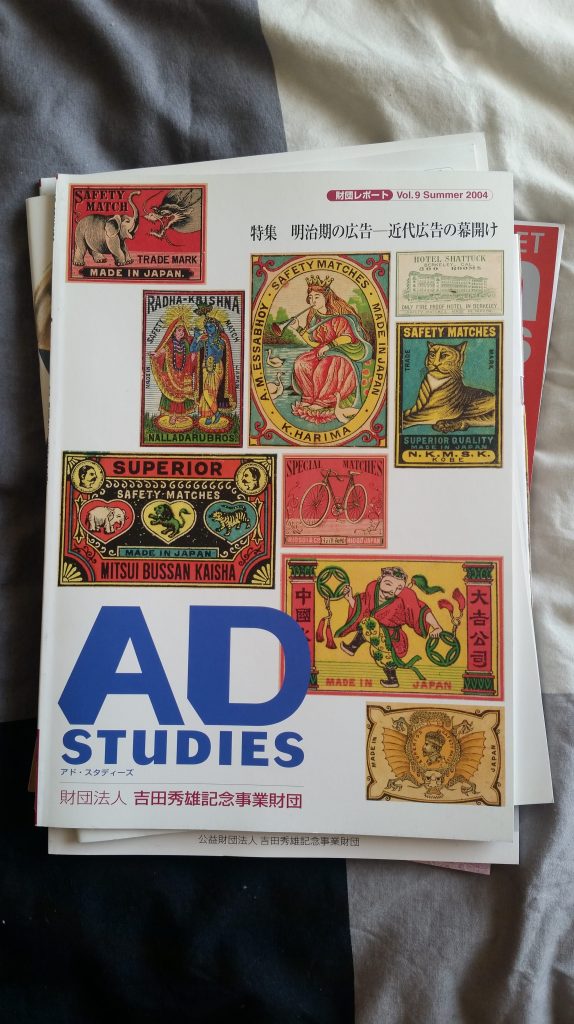 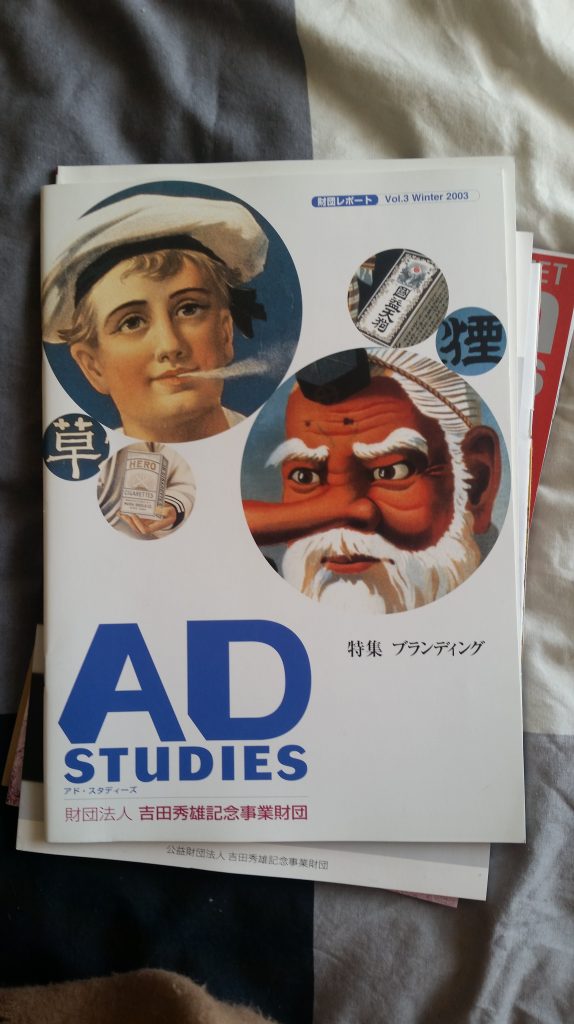 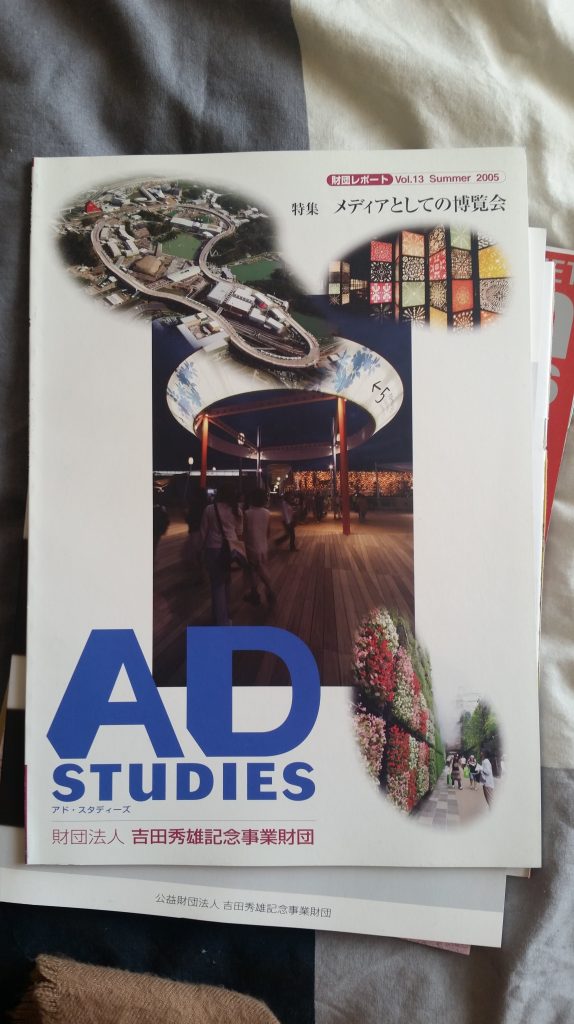 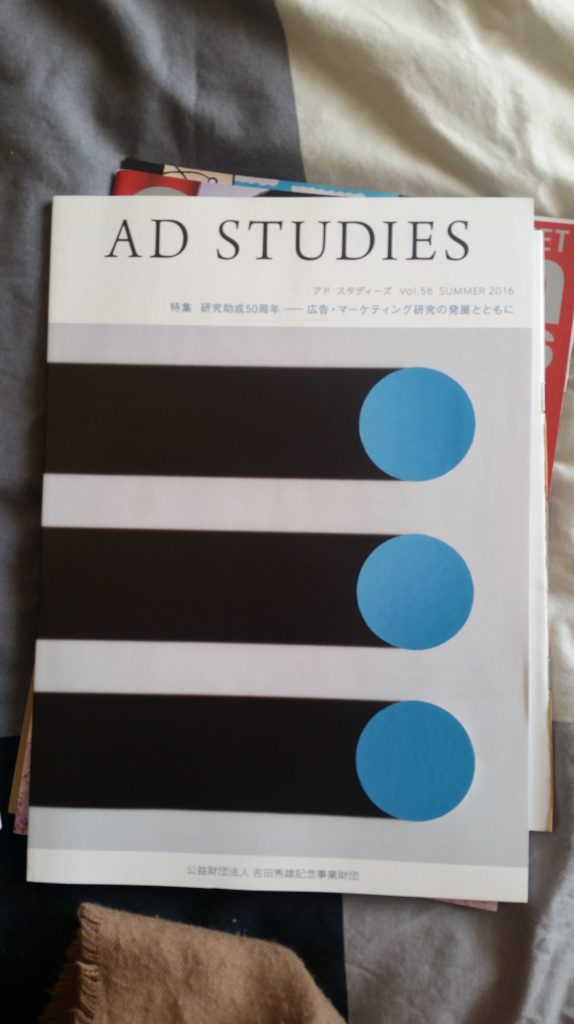 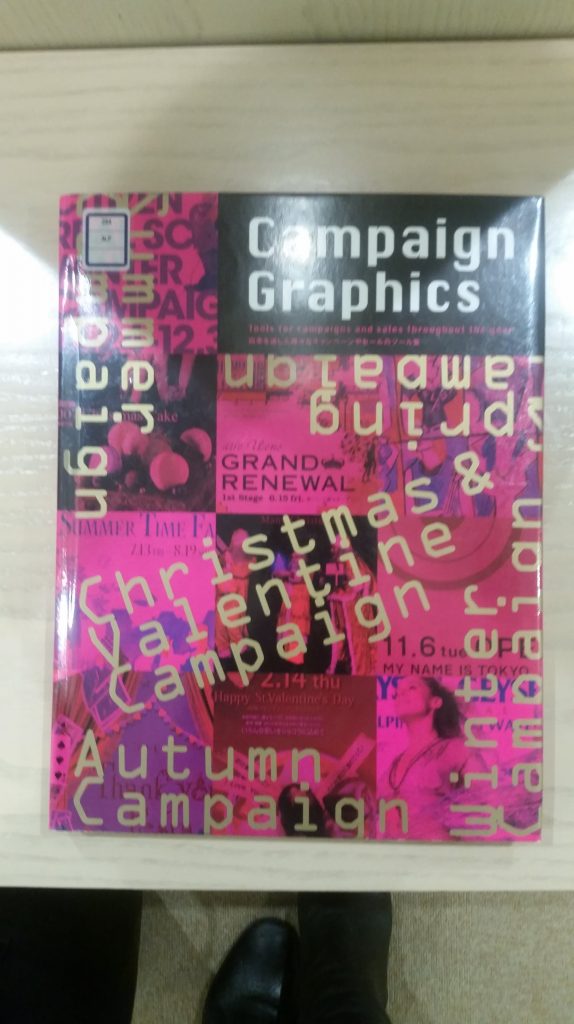 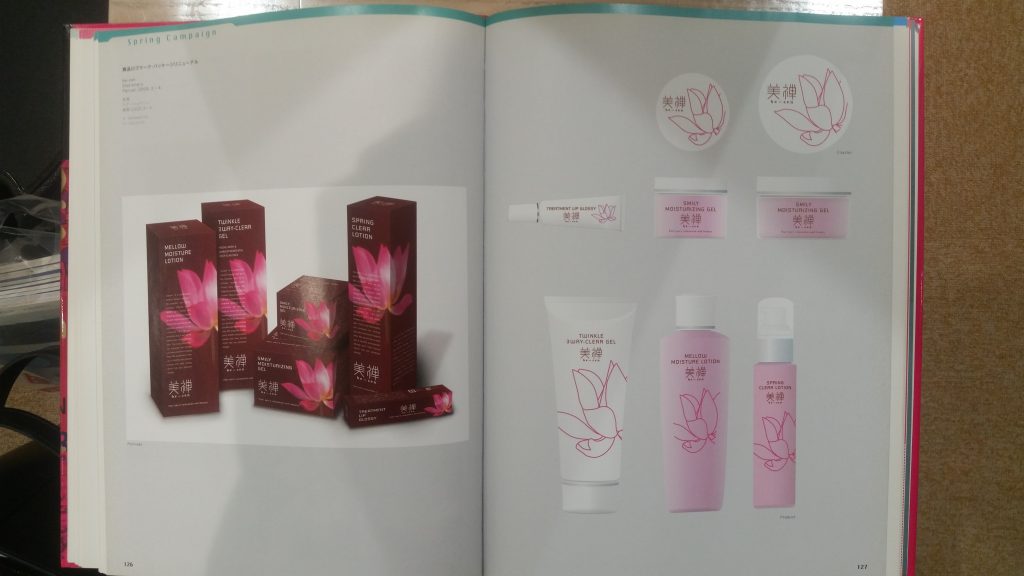 Above shows a book which I picked up in the ADMT library (which was absolutely incredible), and featured a range of Japanese Graphics, in particular Cosmetics packaging. I found this inspiring, and again, to see so much design work around the Beauty industry predominantly, allowed for an insight once again into how important and vast the industry is to the Japanese people.

Above also shows a range of ‘AD STUDIES’ magazines – each was tailored around a specific topic and stemmed back from early 2000s to present day issue. I was able to take a few away, and have included photographs above. I have found these useful in regard to design and layout inspiration whilst also having specific features and campaigns of interest within, i.e. Geisha specific artwork, whereby the current ‘ideal’ can be recognised stemming back to socio-cultural and historial routes, irregardless of a Western influence.