Today I visited the Metal Workshop to discuss options regarding making pin badges, which look more substantial and professional as commercial products. Below shows the prototype badges made from card. I took one in to show my idea and talk through the different ways of recreating it, whilst learning about the costs involved and the best materials used to gain the result I am looking to achieve. 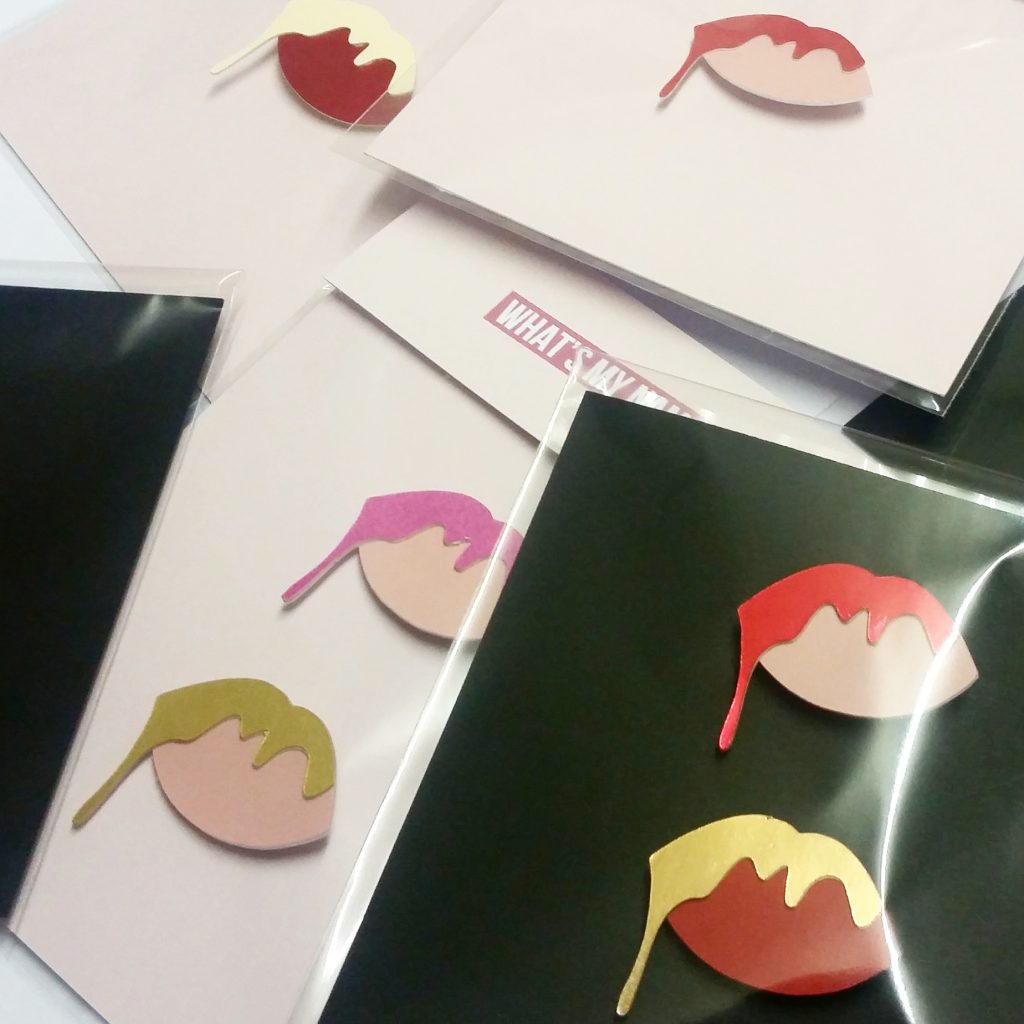 Below shows a scan from my notebook, noting options and quick drawings of them. Options include:

The costs and suppliers were also talked about and considered, whilst also noting that silver can be expensive if bought quite thick (0.5mm +), where as copper is cheaper and available at college. Silver would need to be purchased from Cooksongold. A photo of this and the estimated costs for the amount of silver required is also shown below.

At this stage, I am currently considering what to purchase, and will purchase alongside fellow MA student Bobbi whilst experimenting to ensure the costs are kept low. Once ordered I plan on visiting the workshop next week to explore a few of the processes noted above in order to see which is most viable to take forward in the future, especially in semester 2. 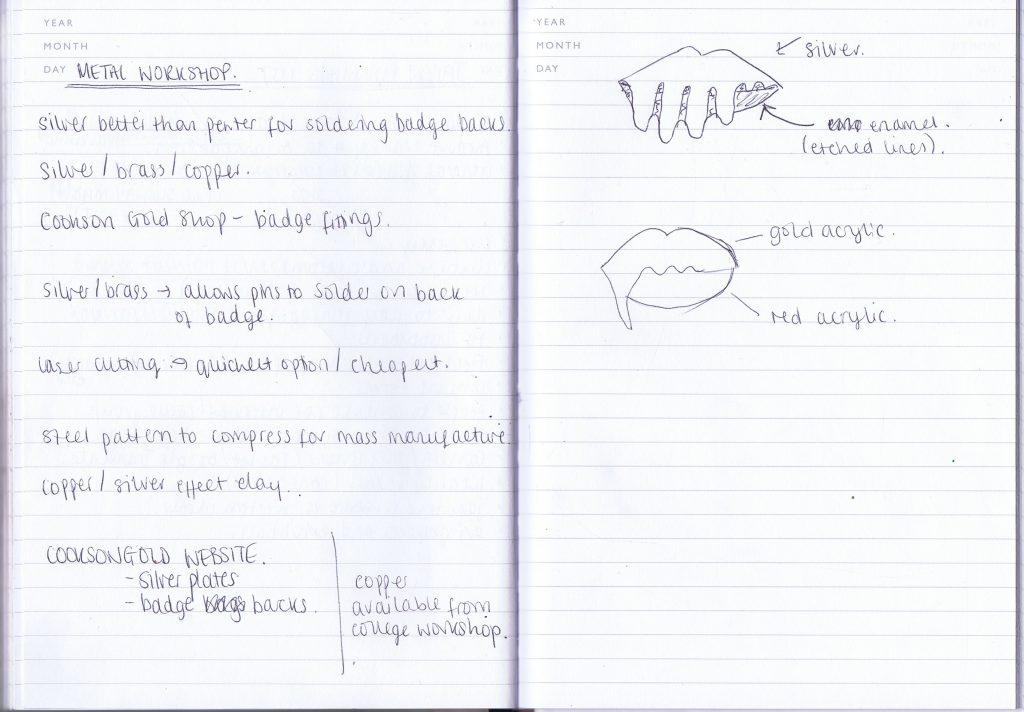 Following the session, Bobbi and I visited Hobbycraft to see if we could purchase silver badge pins, however as we need real silver-plated pins due to not being able to solder non-silver pins due to the high-melting point. These could not be found and have been sourced online instead.

However, I also came across several items as documented below which could also be cost effective and low-cost in time also in regards to producing further prototypes in different ways. This involved that of a silicone mould which could be used for the Silver Clay process experiment rather than vacuum forming as another option. However, a vacuum formed chocolate-pop mould has also been documented below, which shows how this could work in regards to making identical badges.

Silk Clay was also found which could be used to experiment with being different to FIMO, however I am more interested to try professional and commercial options at this stage which test and push new skills, opposed to working in a similar way to a previous experiment. 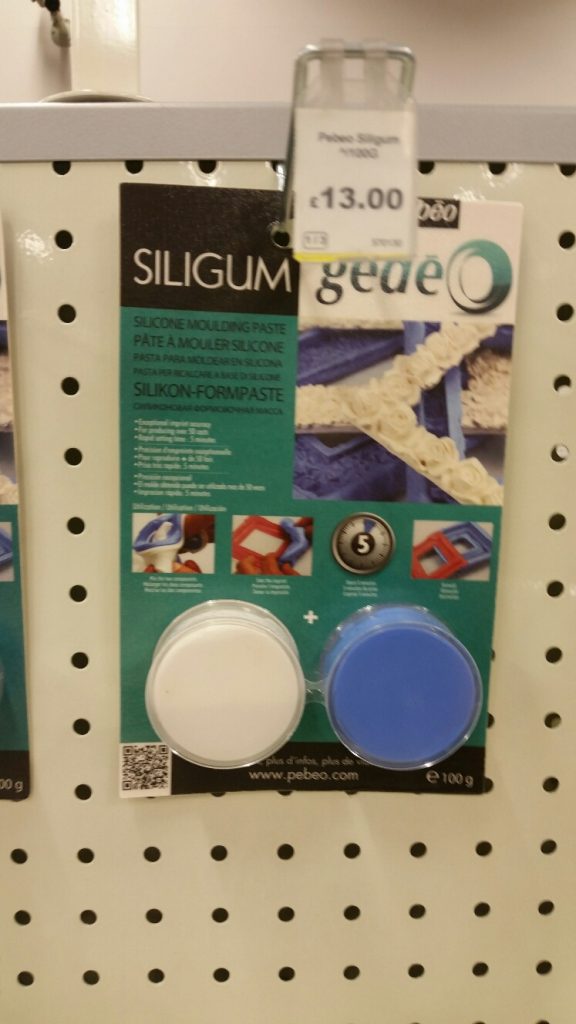 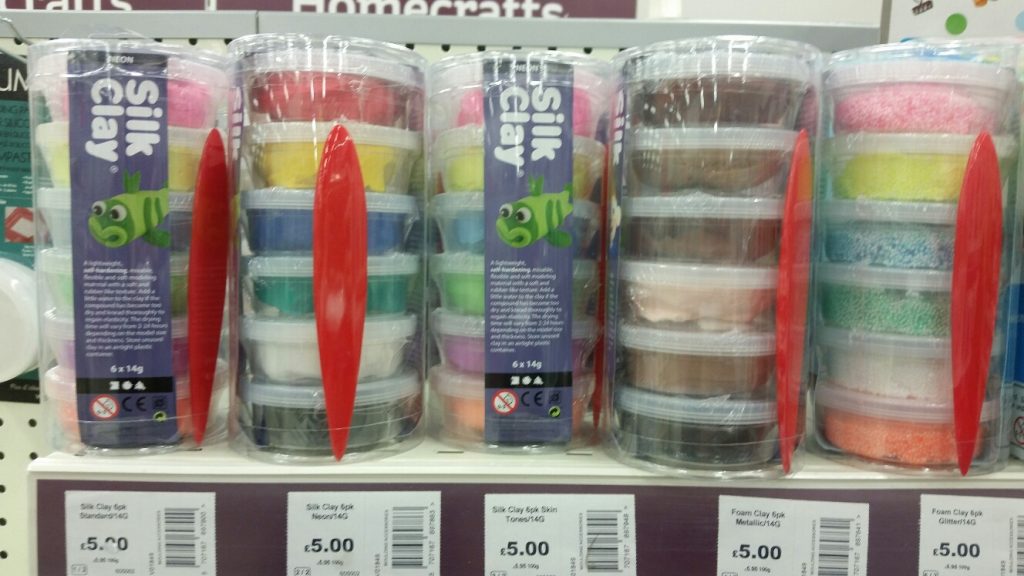 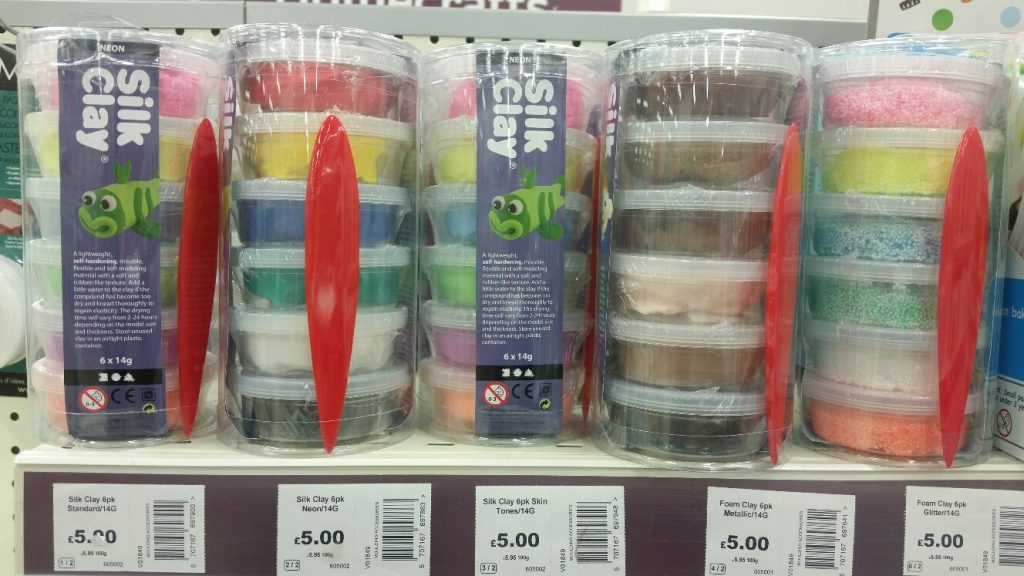 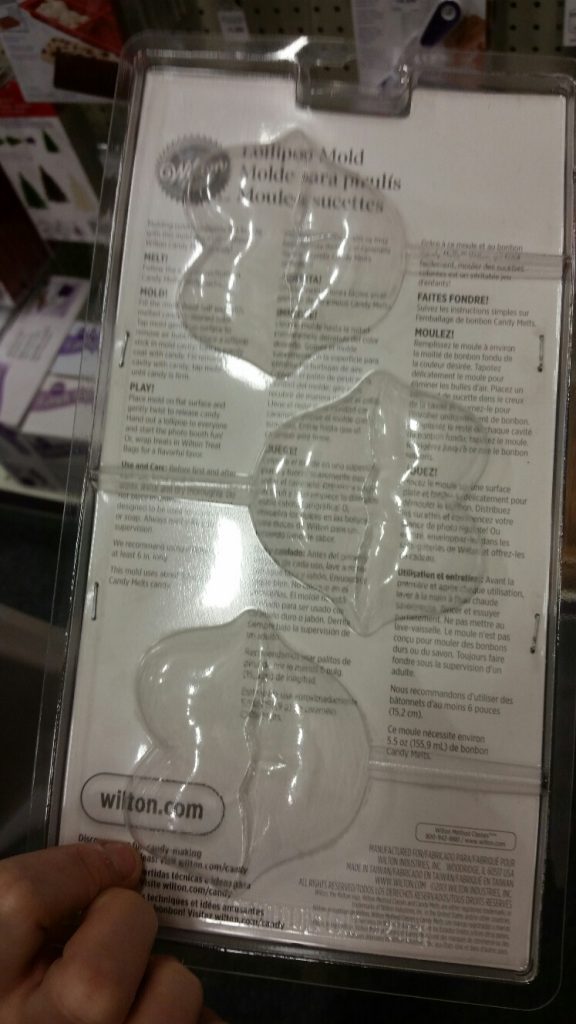 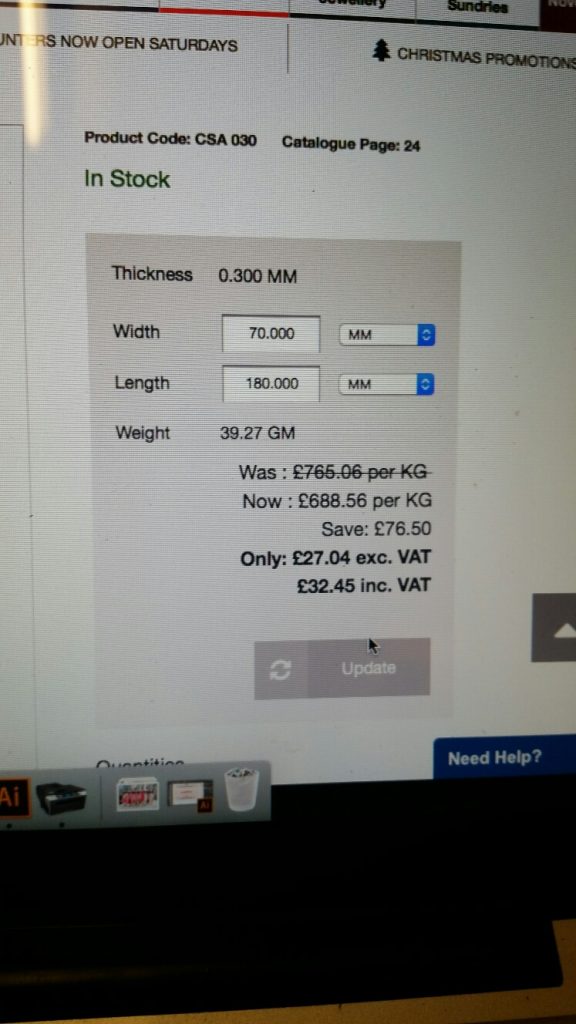