This is working towards objective 1, 4.C. 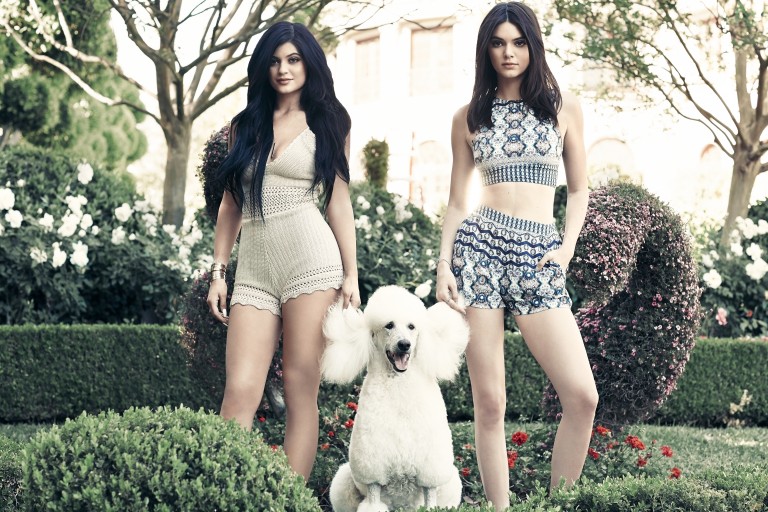 I came across this article whilst reading about Kylie Jenner and her issues with low self-esteem online. I found this article interesting in a sense that it continues on almost from the ideas of self-perception and technologies as discussed in previous posts in detail.

Media or various forms, has projected the Jenner sisters into stardom, without having much of a choice. Below are quotes taken from the article along with questions written by the interviewer.

I found it interesting in particular, and extremely relevant that Kendall, now a Fashion model, notes that there isn’t an ideal, however through her career choices she becomes an ideal and becomes a ‘cultural icon’ as discussed previously by Mary F. Rogers. I also found her choice of wording in that “it’s not a genuine living” intriguing as this almost depicts the sense that she is aware she doesn’t live necessarily, ‘in the real world’ and therefore even if she didn’t intend to create a well-wanted image, it would of happened naturally anyway due to the media.

In relation to Kylie’s comments about being ‘natural’ I found this perplexing as even disregarding her ‘non permanent lip fillers’, she is know to wear makeup, have her own cosmetics brand and go to the gym/work out to achieve and maintain the body she wants, therefore making her quite the obvious. But in relation to the company she most likely surrounds herself with, being all she knows in the ‘real world’, she probably is actually quite ‘natural’.

For all their popularity and consideration on their looks, how do the Keeping Up With the Kardashians stars manage the steady investigation?

“It’s so weak,” Kendall said. “Particularly in this world, everybody takes a gander at you with an amplifying glass.”

“I imagine that that is simply idiotic in light of the fact that nobody is flawless,” Kendall told News Corp Australia.

“I know probably the most wonderful individuals out there and … I know they’re not immaculate, whether that is on the outside or within. Nobody will ever be flawless, so it’s only moronic to put somebody’s face on a magazine spread saying, ‘this is the thing that you ought to resemble.’ It’s sort of my occupation yet it’s not genuine living.”

She has OTT lips, continually evolving hair (she’s been a blonde, brunette and had blue and green bolts) and general ‘I couldn’t care less what anybody supposes’ state of mind.

Kylie Jenner doesn’t bow to desires despite the fact that she’s a good example to young ladies.

“I don’t feel like insane weight in light of the fact that I generally stay consistent with myself,” Kylie said.

“I generally attempt to empower young ladies that admire me … to, as, not have any desire to be precisely like me. I would prefer not to urge young ladies to have blue hair and do whatever I do. I need to urge them to simply thoroughly act naturally on the grounds that that is the thing that I’ve generally done.”