Whilst reading ‘The Magazines Handbook’ by Jenny McKay, I came across the below statements, and began to think about how these sorts of issues could come into play within my practice, and how I may want to question or consider social and ethical issues whilst working with different brands and clients.

I have noted the quotes below, along with a mind-map discussing my thoughts on this in context of my practice and research question as well as also looking at how this could be associated in context with my own practice. 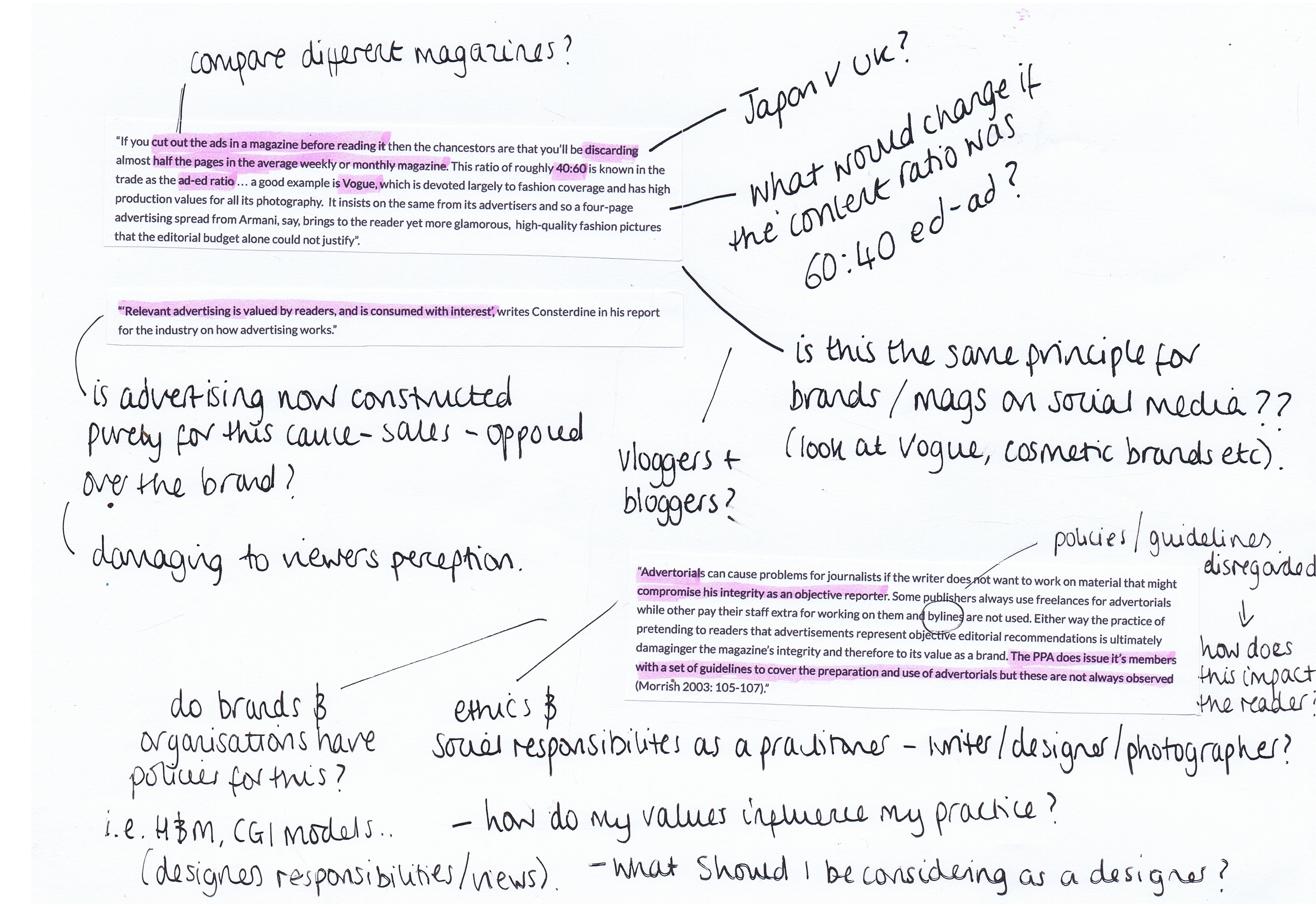 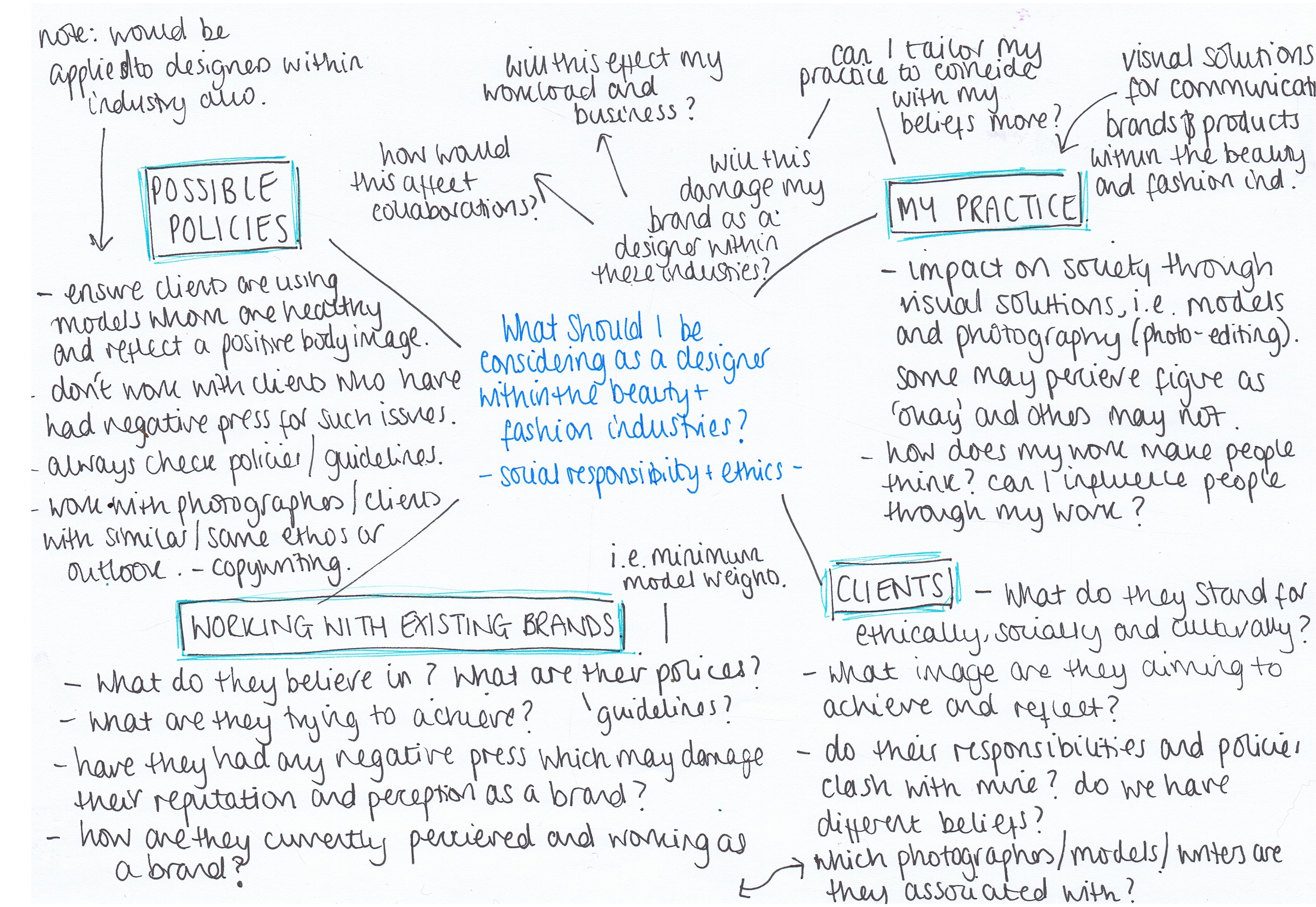 “Advertorials can cause problems for journalists if the writer does not want to work on material that might compromise his integrity as an objective reporter. Some publishers always use freelances for advertorials while other pay their staff extra for working on them and bylines are not used. Either way the practice of pretending to readers that advertisements represent objective editorial recommendations is ultimately damaginger the magazine’s integrity and therefore to its value as a brand. The PPA does issue it’s members with a set of guidelines to cover the preparation and use of advertorials but these are not always observed (Morrish 2003: 105-107).”

“‘Relevant advertising is valued by readers, and is consumed with interest’, writes Consterdine in his report for the industry on how advertising works.”

“If you cut out the ads in a magazine before reading it then the chancestors are that you’ll be discarding almost half the pages in the average weekly or monthly magazine. This ratio of roughly 40:60 is known in the trade as the ad-ed ratio … a good example is Vogue, which is devoted largely to fashion coverage and has high production values for all its photography.  It insists on the same from its advertisers and so a four-page advertising spread from Armani, say, brings to the reader yet more glamorous,  high-quality fashion pictures that the editorial budget alone could not justify”.

In regards to the last quote shown above, I have noted a video below created by OscarTBrand regarding the very issue of the “ad-ed” issue as discussed by McKay.

I found this video very inspiring and I would like to carry out such forms of research in regards to the UK and Japan editions of Vogue.