From my previous exploratory work, I had resolved the process of badge making trying out several different processes and techniques, using copper, brass and pewter. Due to my designs being so colourful, a vast range of perspex acrylics are available, and with the laser cutter being so easy, cheap and quick to use, I found that this added further benefits to this process. It also allowed for a large variety and an almost mass-production taking place, producing 10 of each in order to experiment with colour combinations and end-use (pin bagde/keyring/necklace). For submission purposes however, I will hand in one of each as single pins and both duo sets. This can be shown below.

In regards to packaging, I decided to use printed card backs, using the project name as previously used on Instagram posts, postcards and CAD designs, whilst being the anchor point of the zine also included in the promotional pack. This ensure that visuals and underpinning concepts are maintained at all time allowing for a cohesive pack to be formed and understood by the viewer.

A single pin is included with the pack to be kept and worn, whilst a duo pack is included to be shared or given as a gift, again ensuring the promotional pack and all of its contents are shareable in regards of physicality and message.

Keyrings and necklaces were originally made as with left over elements, making something for myself. However, I found that these would actually be a practical and easy way of reinforcing an icon or message, by being seen often and being a talking point to those who are aware of its satirical source and context. I decided not to include these in the packs but would be available as additional items.

I realised at this point, that I had not considered methods of distribution in order to gain measurable feedback on such message and material being shared, and only have reference to this from sharing development, visuals and the ‘message’ on my social media account. As valuable as this has been, as discussed before, I do not want this to be the only form of feedback or distribution of this pack, and going into semester 2 when refining and further developing ideas would like to consider this also in detail in order to set quantifiable goals in order to meet my objectives (1.A. and 4)

In addition to this, I would also like to include more of a variation of design work across the card backs, which would come from development of the “what’s my name again?” concept as a whole. 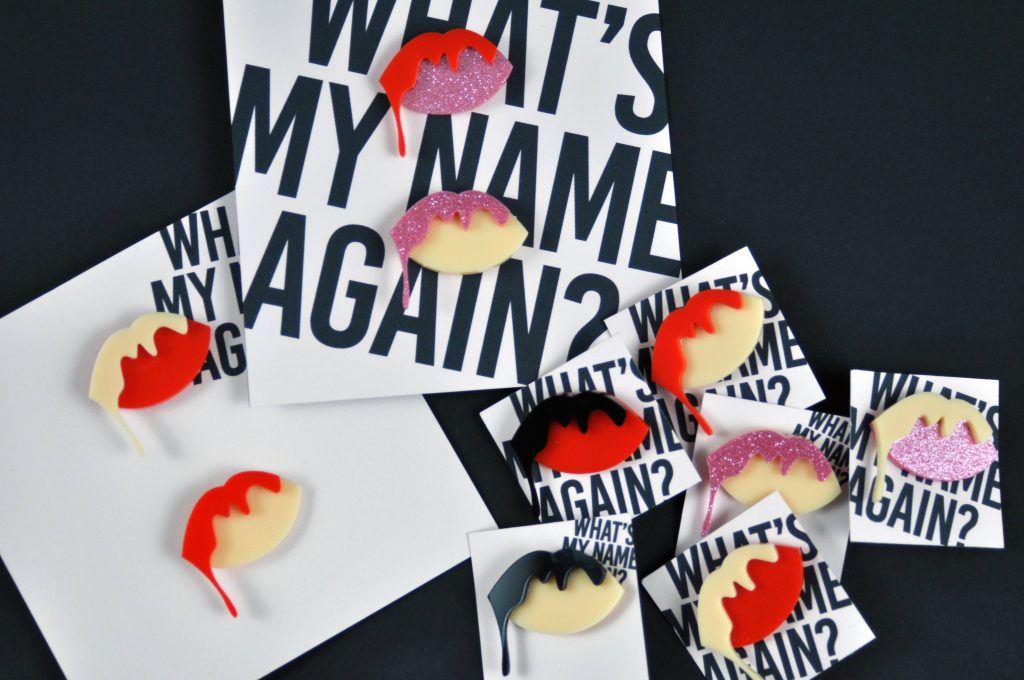