I stumbled onto the idea for my social media wellbeing campaign after researching the Barbie store in Tokyo, Japan. Whilst researching images of life-size Barbies in-situ came across a wealth of images via a Google search of ‘Barbies’ and was astounded by how many different Barbies had been around and are currently are for sale. It was at this stage that I began to note how various Barbies reminded me of different bloggers or well-known icons for example whom are representative of social media in particular which therefore sparked this idea. The image below reminded me of Sarah Gonzalez, the beauty blogger discussed in relation to Tarte’s Influencer trip to Bora Bora and the idea of ‘Natural Beauty’.

I thought that by using the Barbie dolls to represent real figures, and by placing them in their known contexts of social media, photography, photo-manipulation and their chosen ‘locations’, the message, facts and figures being relayed will be perhaps more resonant and coherent with the target audience understanding the link between visual and said message at hand highlighting how social media may affect ones self perception and in turn could affect their mental health. 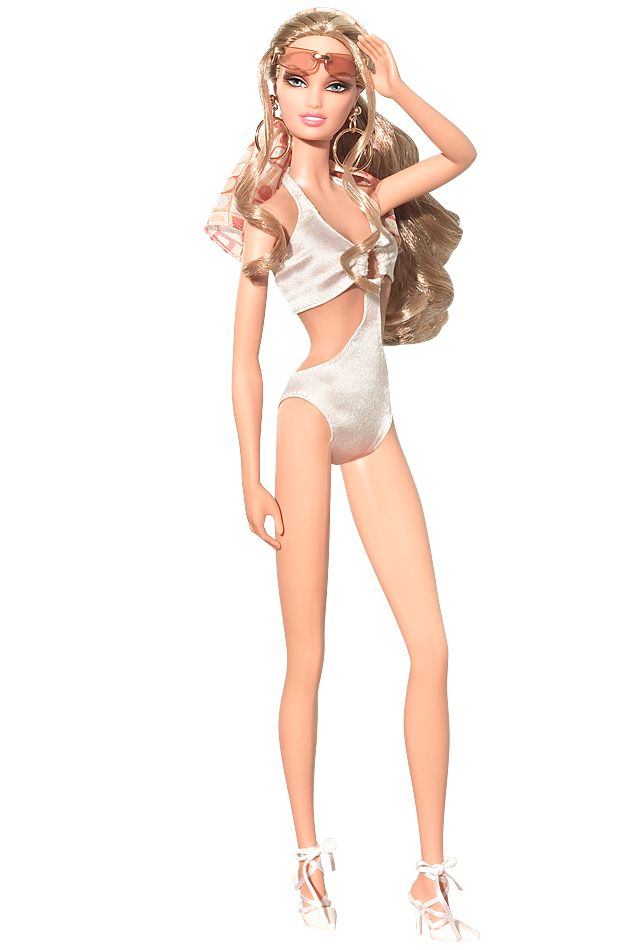 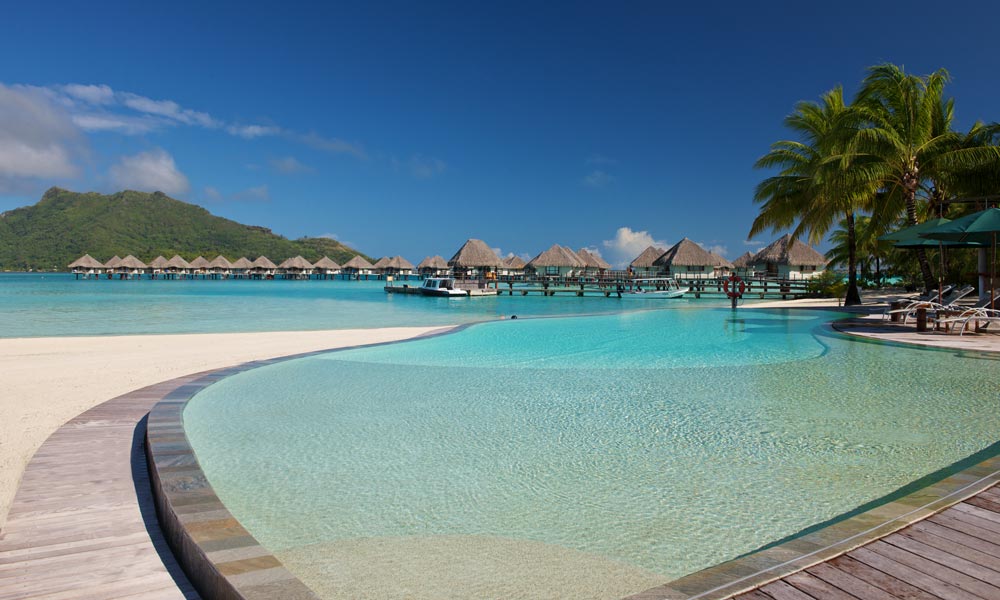 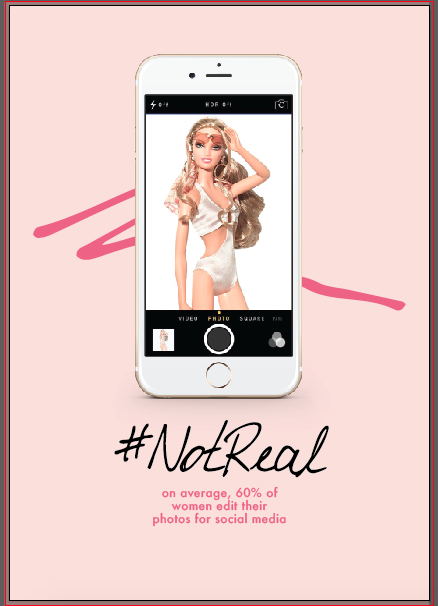 The barbie doll was then photoshopped over a beach background, giving a false aesthetic enhancing the message.

The same process was carried out with dolls representing a Beauty Barbie inspired by the likes of Zoella and a Fashion blogger Barbie inspired by enhanced, lavish and unattainable lifestyles of many extremely successful bloggers and icons for example showcased on Social Media and in more ‘highbrow’ magazine such as Vogue.

Quotes, facts and figures were added in based on the visual at hand and based on previously collated research prior to starting the visual process for this project. The header “#NotReal# stemmed from the build up of the idea and how this was generated, whilst being represented through a smartphone camera, represents a not real image whether it is staged or photo-manipulated intern affecting perceptions for personal gain.

To keep in-line with the previous works created throughout this semester so far stemming from the Instagram Post project, small illustrative marks have been taken and used as minor background detail, to add a pop of colour and to draw attention to the centre of the image. I wanted to keep this aesthetic and colour scheme going receiving a good reception whilst building a brand identity almost for this collective, series of work focusing on similar issues and contexts. This is also why Futura has also been used for the main copy keeping in-line with the initial Instagram posts, whilst working aesthetically with the tone of the work. 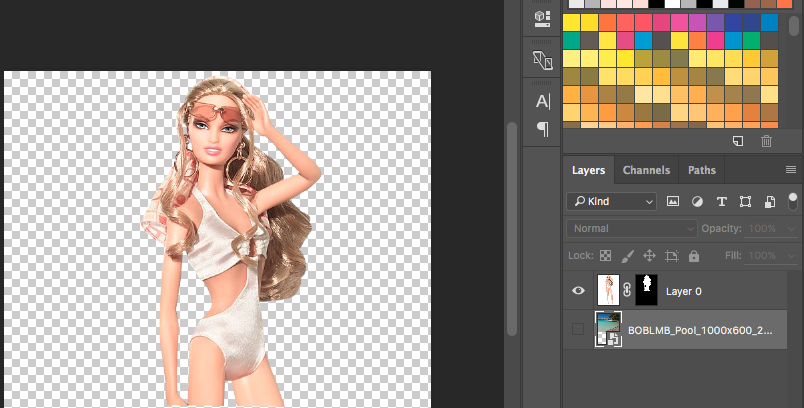 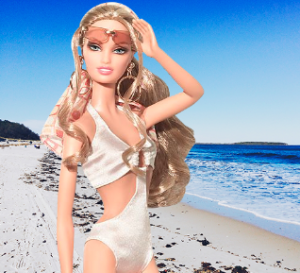 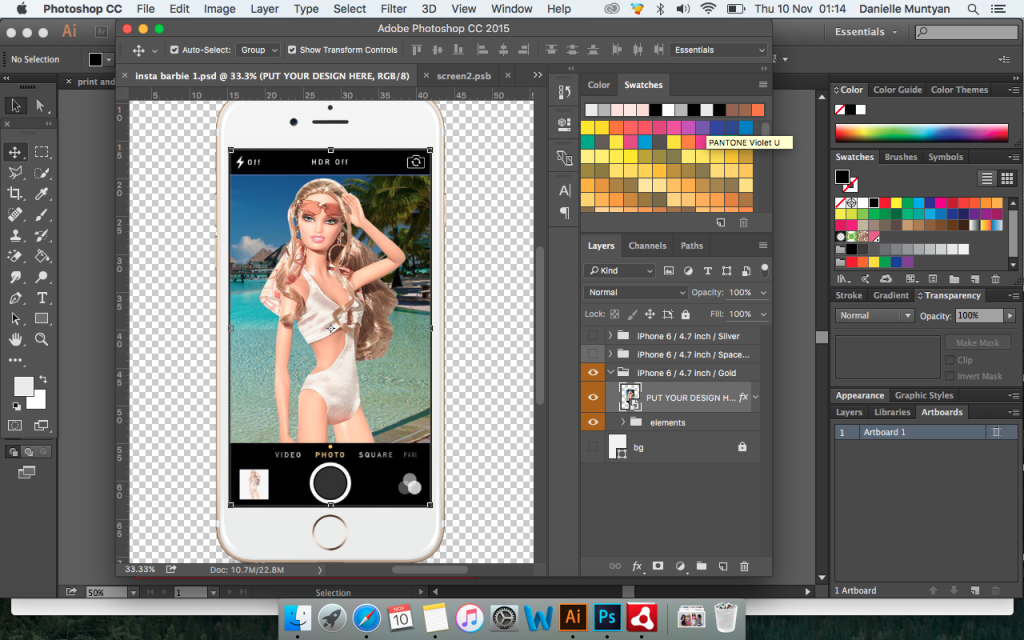 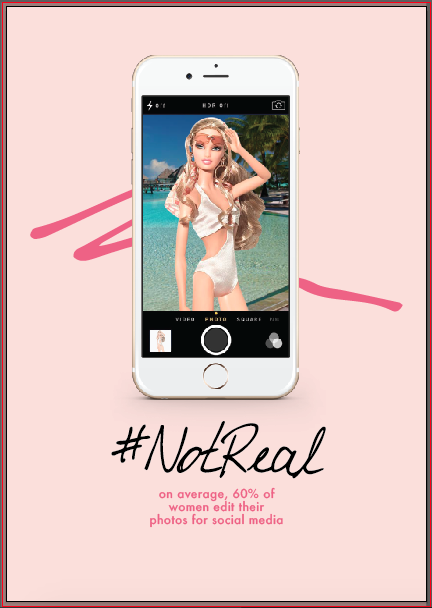 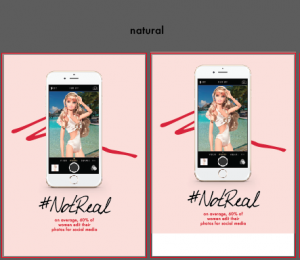 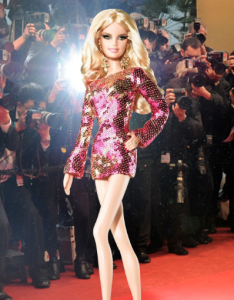 Different dolls and backgrounds were experimented with in order to find combinations which work visually. Layout was also explored here as can be seen below, giving the option to include further text at the bottom of the poster (initial starting point for the campaign materials), however decided against this after re visiting my visual references and realising that most of the wellbeing campaigns are minimal in regards to text and simply feature a logo/caption and one sentence of to-the-point copy. 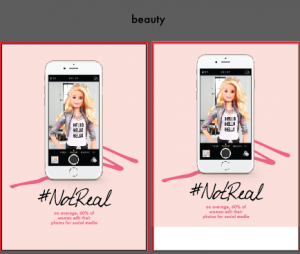 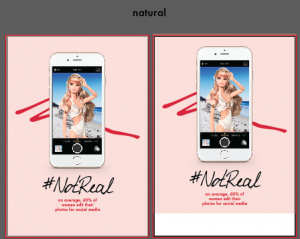 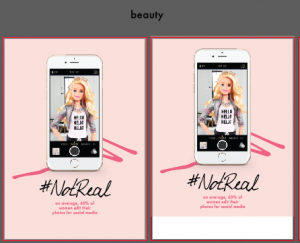 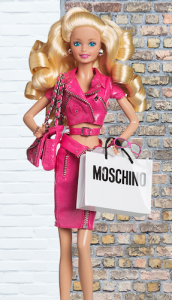 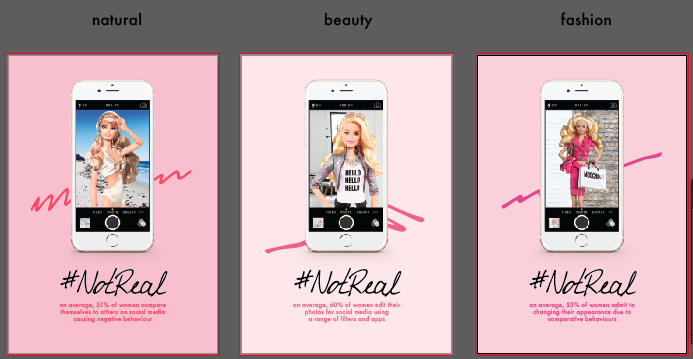 After initially thinking I would keep inline with the colour scheme of the “what’s my name again?!” I printed off the posters to see how they would look in print, and felt alongside my other series of work did fit in but also looked too similar, and felt that being associated with Barbie, perhaps going pink opposed to peach would change the tone and aesthetic, without changing typography or layout.

I felt much happier with this colour change, and decided to use tonal colours of one pink shade for the background, whilst using swatched colours from the “what’s my name again?!” theory based lipstick shade concept for the typography and illustrative details adding a subtle connection between both projects. These were selected again based on what aesthetically worked whilst keeping inline with the newly chosen and confirmed colour scheme for the wellbeing campaign which going forward would also apply to various other forms of digital media and printed collateral. 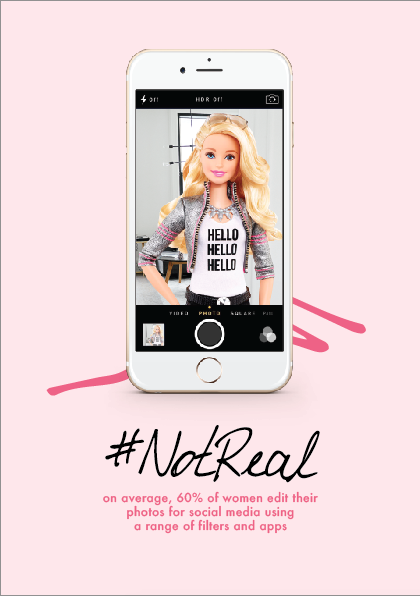 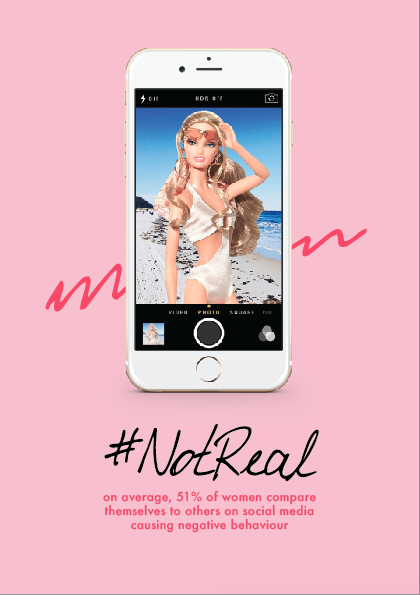 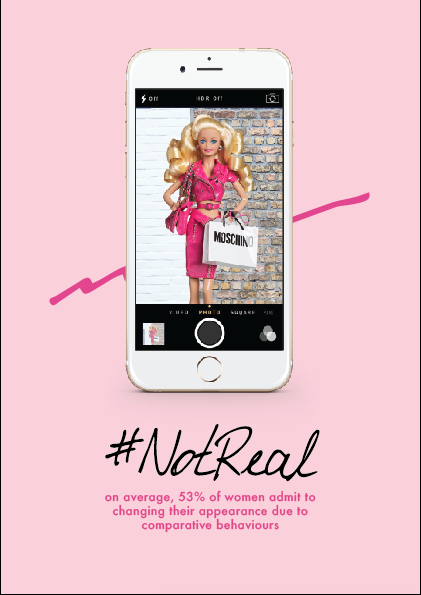