Skip to content
This is working towards objective 1.
“©Dove conducts a social experiment exploring women’s view of their own beauty in contrast to what others’ see in them. A promotional piece for Dove, it exemplifies how we are, indeed, more beautiful than we think.”
“Men are not their own worst beauty critics. Only 4% of men around the world consider themselves average looking. At New Feelings Time, we are committed to creating a world where illegitimate beauty is not a source of confidence. So, we decided to conduct a compelling social experiment that explores how men view their own beauty in contrast to what others see.”
I came across these videos whilst researching the theory of Self-Perception as profoundly noted by Daryl Bem in 1972. Both are social experiments, the first being by Dove, a brand owned by Unilever, and the second by New Feelings Time, and both aim to showcase how Women, and Men perceive themselves in relation to others.

I found the first one interesting in how honest the women were in stating how they truly felt about their facial appearance, especially in relation to when they analysed each others faces for portraits, whereby they seemed shocked by how beautiful they were actually seen as.

The second video, showcases men whom describe themselves again honestly. Half used references from other peoples opinions of themselves, for example their Mothers, whilst others stated how they themselves feel. I was however surprised by the brutally honestly of the women describing the women at the end of the video describing a man. This seem to raise opinion with the men on how they were portrayed in and how they feel, with one claiming, “that does not look like me, and I refuse to believe it” giving the impression that in contrast to the female experiment whereby all were pleased with their portraits, men perhaps are not as aware of their self-perception.

As my research question focuses on the idea of self-perception within the fashion and beauty industries, I feel looking into this theory is key to successful practical projects, as well as academic research.

The below extracts summarise the theory whilst proving relevance to my research question and recent research topics of social media for example, whereby this can socially influence our behaviours and beliefs. Furthermore, I also found the statement, “we are what we do” resonant with the idea of ‘cultural icons’ and beauty bloggers, for example, in the sense that how they portray themselves through digitally curated galleries on Instagram, shapes that person, builds an image and a persona, being fully aware of their self-perception and self-awareness. But how does this affect the followers and their self-perception? Does this allow for us to change our identities in order to fit in and therefore become aware of our own self-perception once again?

I feel that this is heavily resonant with the Instagram/poster/zine project which has recently been experimented with, exploring this idea in relation with the theory of Identity for example, and changing to conform with an ideal such as Kylie Jenner. This form of marketing strategy, shapes our identity and perception due to being counterintuitive feeding off the actions of others in our individual ways to conform with this built sense of ideal.

“Self-perception theory describes the process in which people, lacking initial attitudes or emotional responses, develop them by observing their own behavior and coming to conclusions as to what attitudes must have driven that behaviour.” 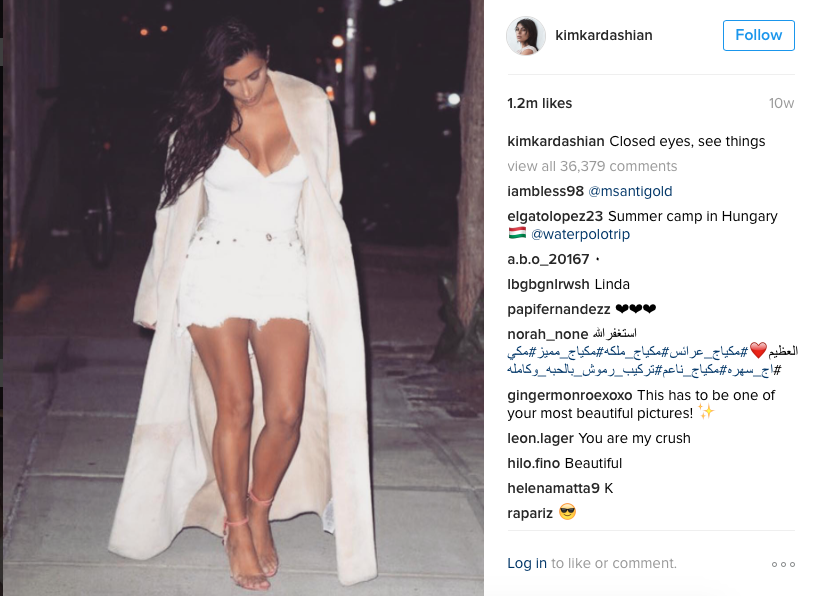 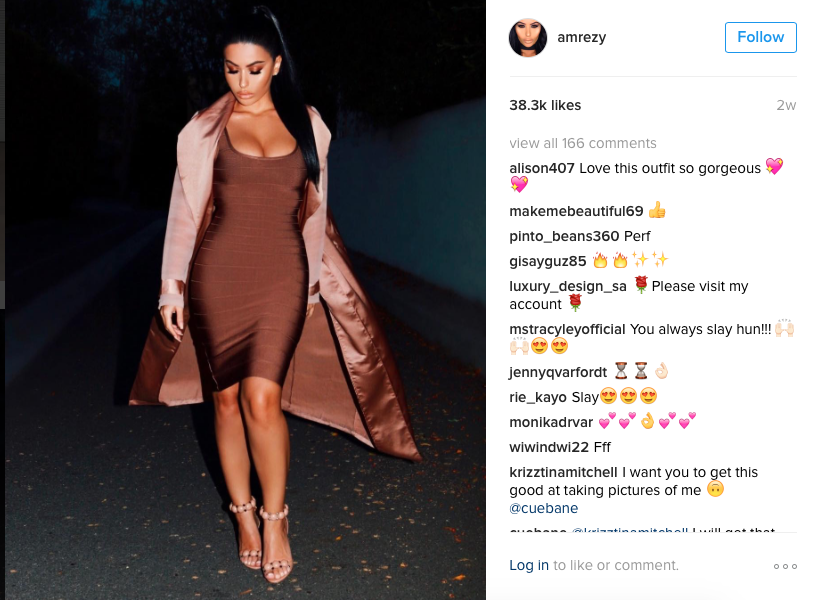 Furthermore, since whilst researching for my 2nd Professional Context presentation, came across these two images, one of Kim Kardashian, and one of Makeup Artist/Instagram Icon, Amreezy, whom are practically holding the same pose – has social media affected our self-perception into allowing us to feel it is okay to perceive ourselves or see ourselves in a similar way to others to attain followers and likes?