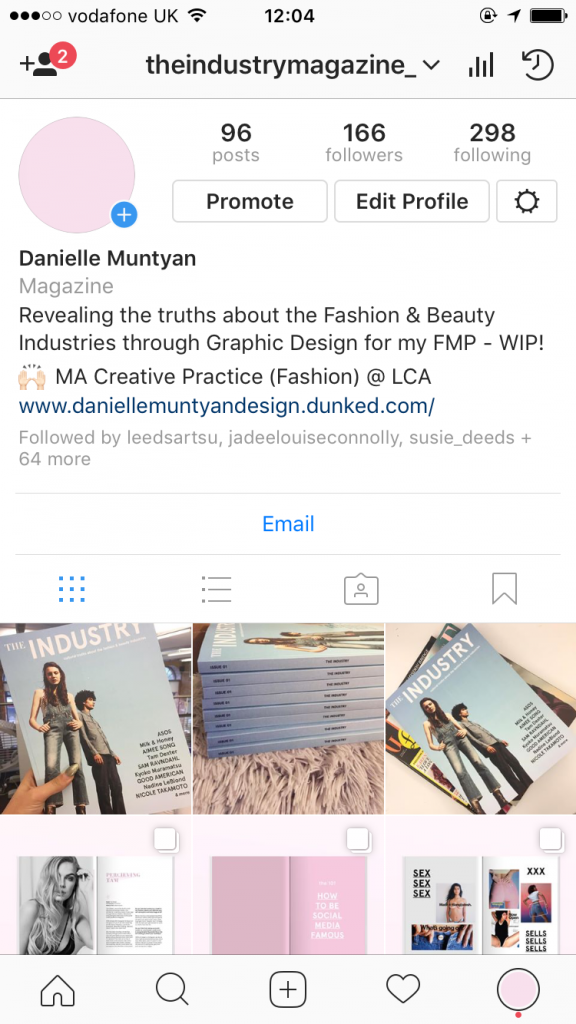 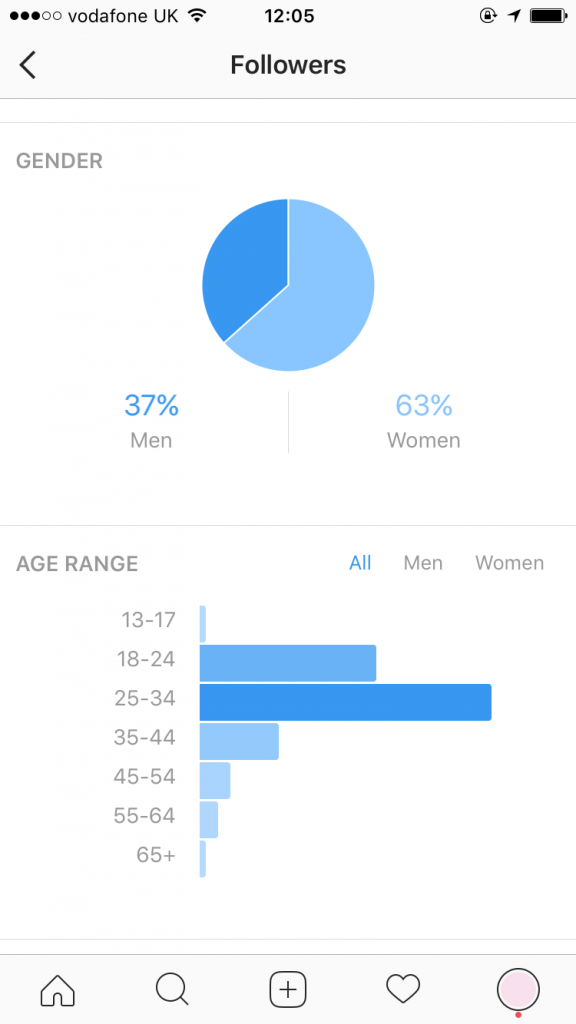 Creating an Instagram account for The Industry Magazine has been invaluable for several reasons which I have noted below.

I had originally wanted to follow these stats as shown above on the screenshot every week, however found that this wasn’t realistic as different amounts of imagery/teaser content were posted week to week, and some weeks the design and writing process for the magazine took priority.