The below is taken from “Visual Methodologies” by Gillian Rose (2007), and discusses the ideology of Panopticism and Surveillance as profoundly noted by Foucault, and how this translates to photography. My tutor noted this theoretical approach to me during a tutorial, which I felt resonated with the modern day world of social media and idea of ‘cultural icons’, whereby consciously or unconsciously we are under continuous surveillance of ourselves, and of other people, being monitored through photographs. Tagg further notes in regard to photography that photography has no real identity, whilst Foucault argues that most have the understanding that most see a photograph and depict this as ‘real’, opposed to an institutionalised process created through technology; as seen in magazines and social media using apps and filters, relating back to modern day and the surrounding issues of self perception. 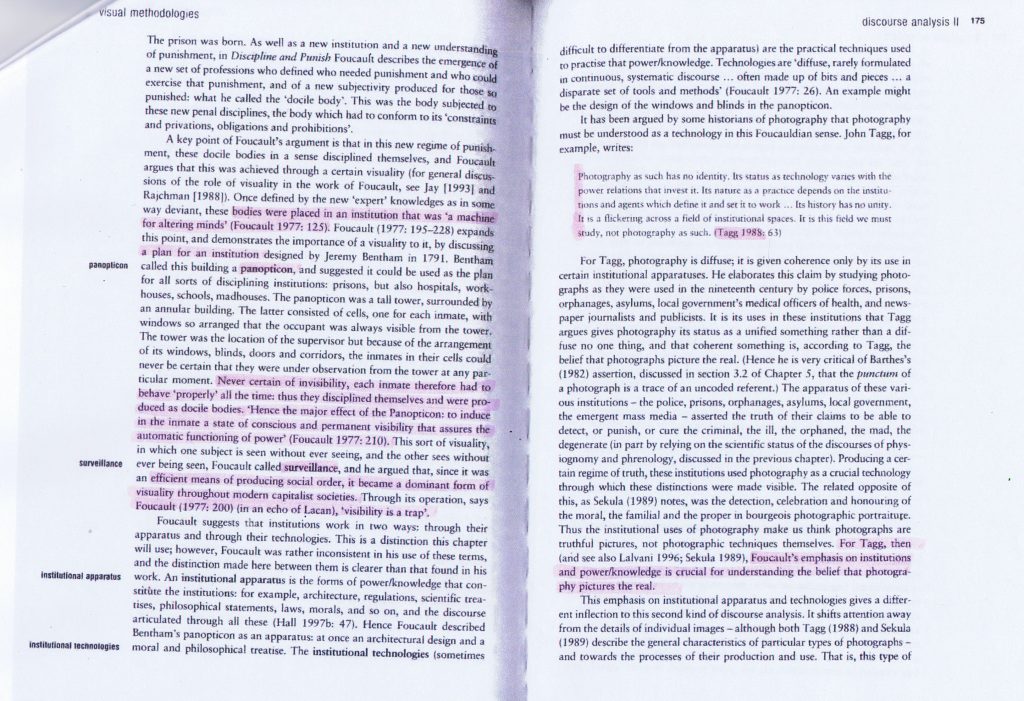