This project is working towards objective 4.D.

Below shows the developed Zine in collaboration with Leeds-based interdisciplinary creative Bobbi Rae (Gastall). For the purposes of showing the development of this zine and the aesthetics, in relation to my original concept for a “how to be a beauty blogger zine” I have broken down the project into elements noted below.

The issue with my first zine prototype worked on individually was that the concept was there, but there wasn’t enough visual stimulation to back up the satirical copywriting. It was during a discussion and ideas generation debate surrounding this which derived the collaboration between Bobbi and I which I feel has only strengthened the concept and final resolution of the prototype, whilst supporting both of our practices contextually and theoretically.

To design and produce a zine highlighting issues within the blogger culture industry, regarding self-perception and body image.

Aimed at 18-24 year old females who are active on social media, and perhaps already have a blogging hobby, whilst providing a satirical take on those who currently blog for a career.

A collaboration with Leeds-based interdisciplinary practitioner, Bobbi Rae, designing and producing a satirical zine, entitled ‘how to be a blogger’ highlighting curent issues surrounding blogger culture in regards to self-perception and body image.

Recent technological advances within the fashion and beauty industries have allowed for distorted self-perceptions and negative behaviours to be instilled in order to meet the expectations of the various forms of ‘ideal’, promoted by celebrities, cultural icons and bloggers alike.

Instagram has allowed for applications to be produced which can be used to edit photos prior to posting. For example, Beauty Plus is particularily popular in Japan as it features allow for ‘Westernisation’, allowing one to question whether this is a socio-cultural rebellian against standards, expectations and norms due to the influx of fashion and beauty led photographs and videos posted by Western bloggers and brands which dominate the East.

An example of this is shown with blogger Aimee Song, whereby YouTube has become an invaluable platform for bloggers in the industry to post review and tutorial-led videos engaging with an international audience. This particular YouTube video shown entitled, “how to take good Instagram photos” (2014) evidences ‘the importance’ of uploading a perfect photo creating a personal brand and positive social identity.

Bloggers are now not only known online, but also in fashion magazines, being celebrated for their following and sponsorships with brands. Above shows a range of images contextualising bloggers within publishing, however these images also adhere to various theoretical perspectives underpinning this project.

Self-Perception theory notes that we shape our self-perceptions on third-party perspectives, allowing for our behaviours and actions to change in order to find approval (Bem, 1972) and acceptance within a social group or community (Tajfel and Turner, 1986) respective of the Social Identity theory. Furthermore, with “individuals [striving] to achieve or to maintain positive social identity” (Tajfel and Turner, 1986, P. 16), it can be said that these bloggers shown have curated lifestyles in order to portray a desired image giving a false perception to the reader or follower, for example.

Throughout the zine upholds a light-hearted yet satirical tone of voice, reflected through the copywriting, illustrations and chosen topics. Minimal copy has been used allowing for the ‘10 steps’ to lead the reader through the publication.

A feminine colour palette and rounded sans serif font has been used throughout being reminiscent of the other practical works I have experimented with forming an aesthetically cohesive set of work recognisable to the target audience.

Keeping inline with the traditional format of zines, these have been printed on white 90gsm paper stock, and have been stapled in order to be mass produced and distributed at a low cost.

I am really pleased with the outcome of this collaboration, and feel combined ideas generation in regards to the ‘10 steps’ and illustrations really added a different dimension to my original concept for a zine, entitled, “how to be a beauty blogger”. By combining our practices and ideas, we were able to cover a broader sense of “blogger” encompassing the fashion industry also, whilst adding a different dimension in regards to aesthetics.

Moving forwards I would like to mass-produce these and distribute them in order to gain feedback and test the concept in a quantifable manner, whilst sharing a message.

Visuals can be found below: 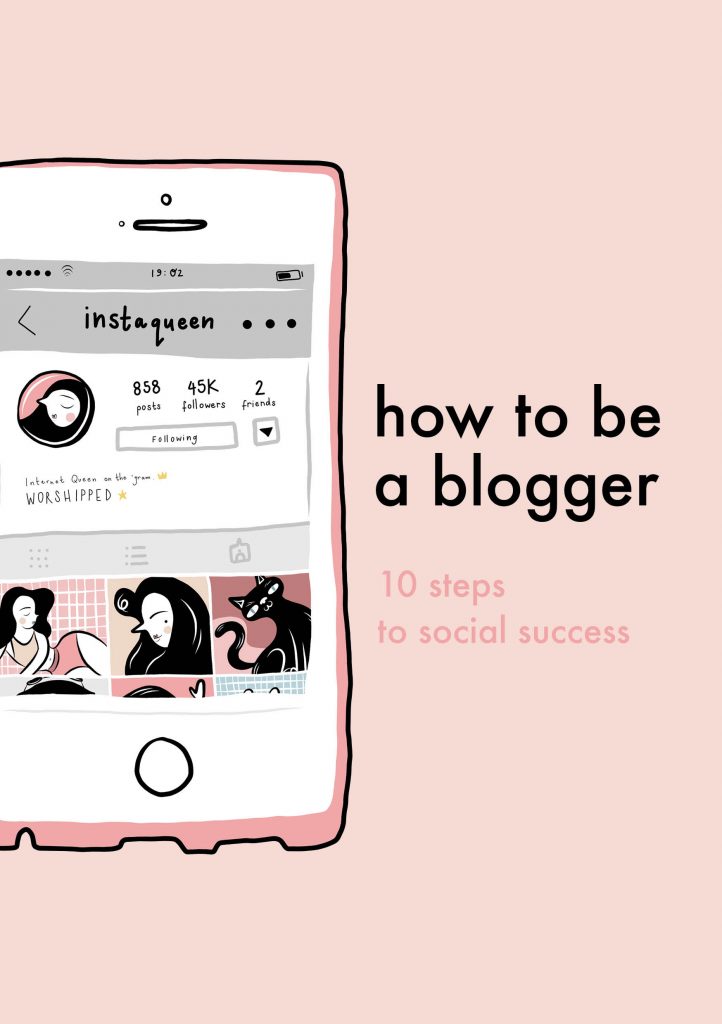 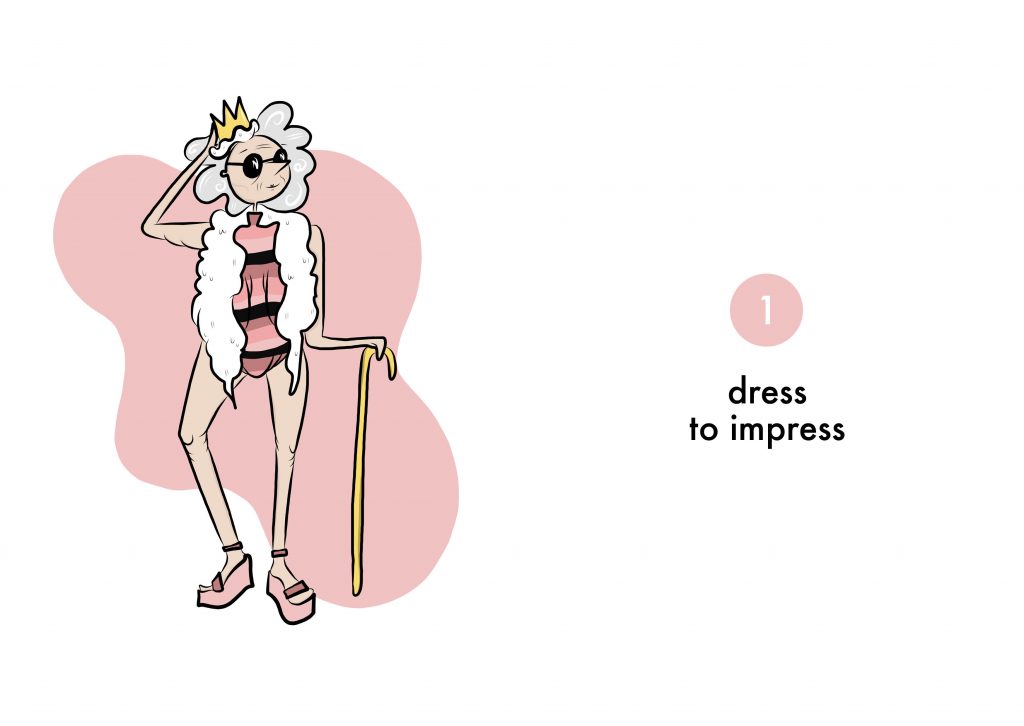 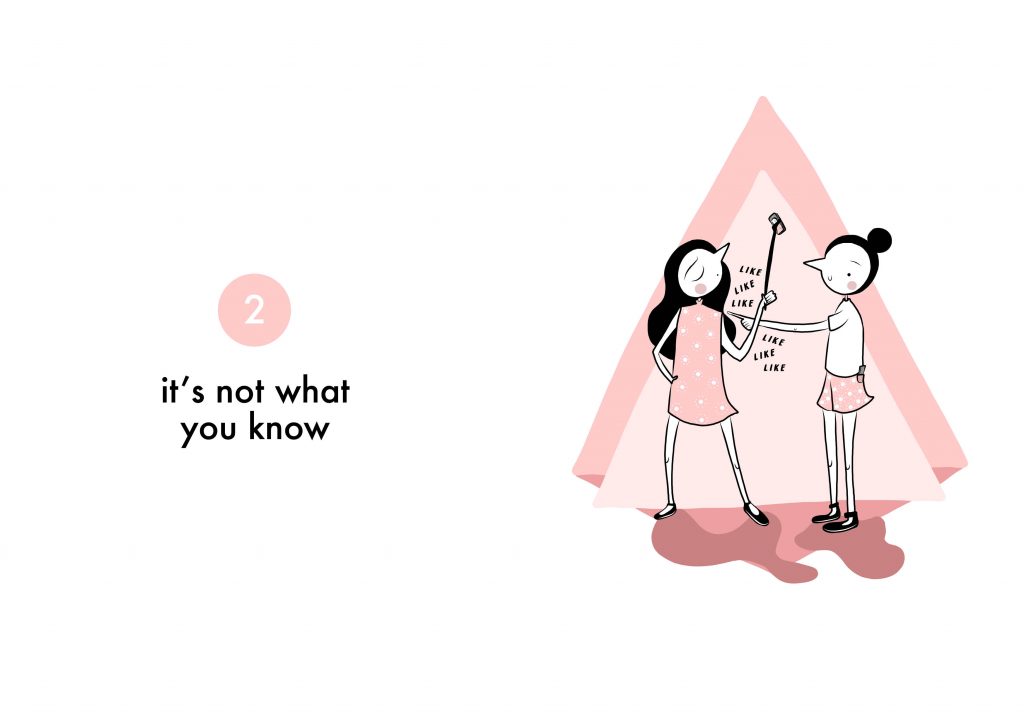 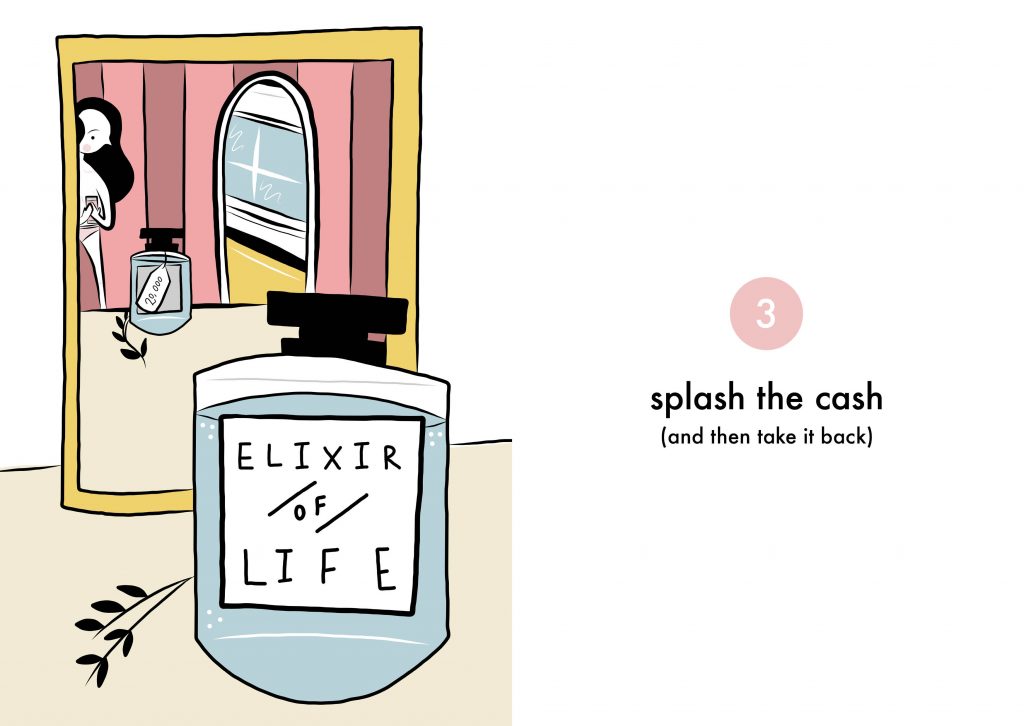 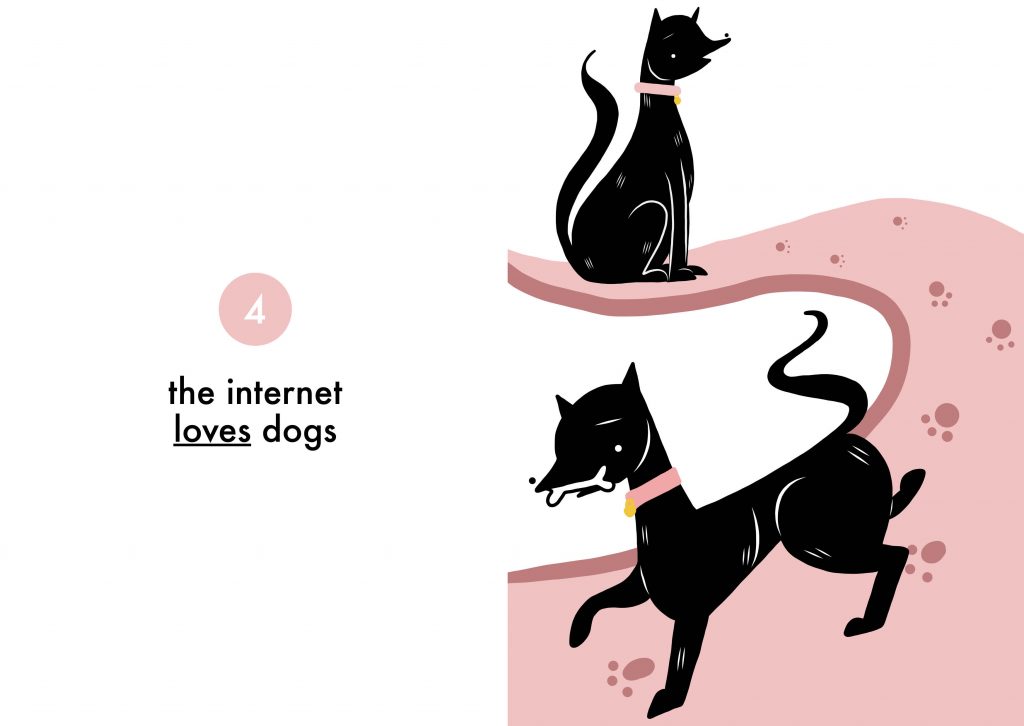 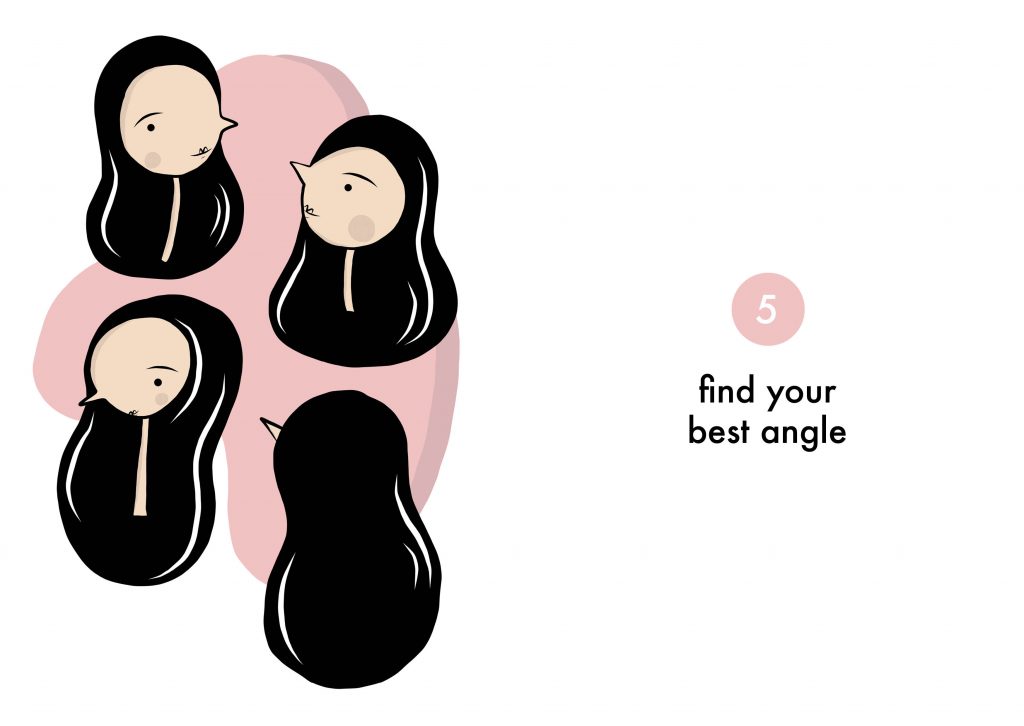 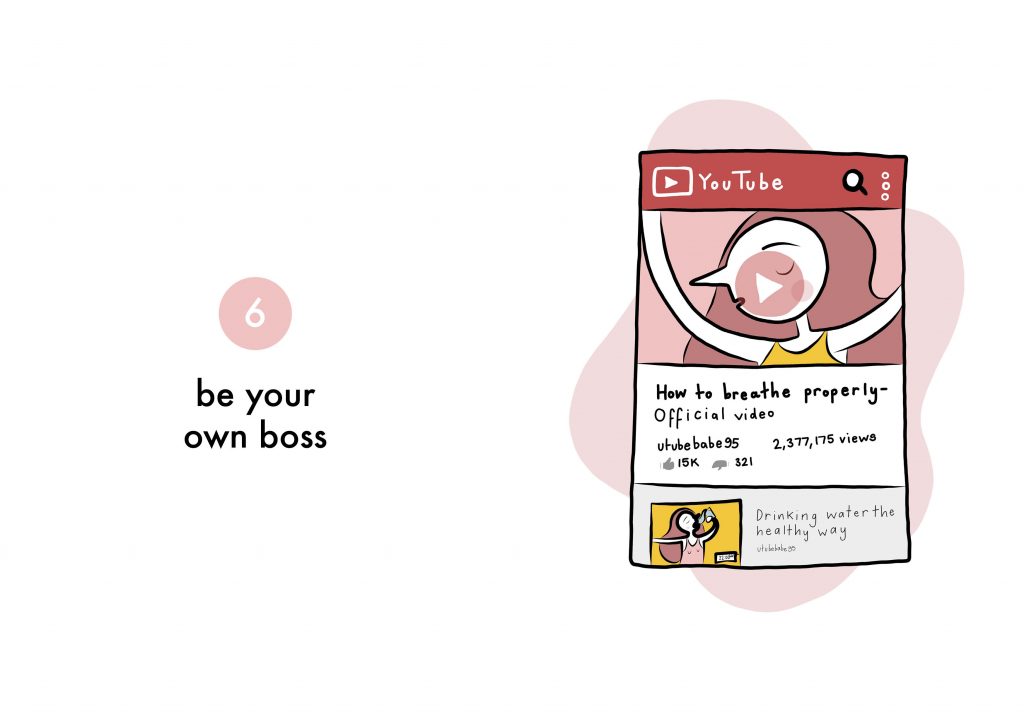 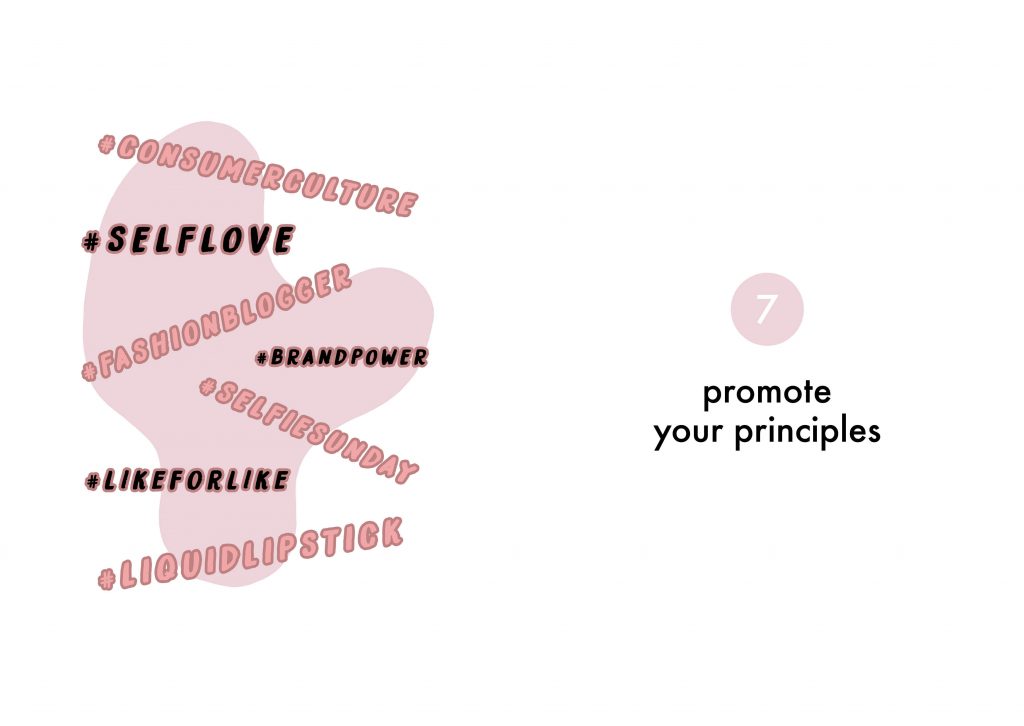 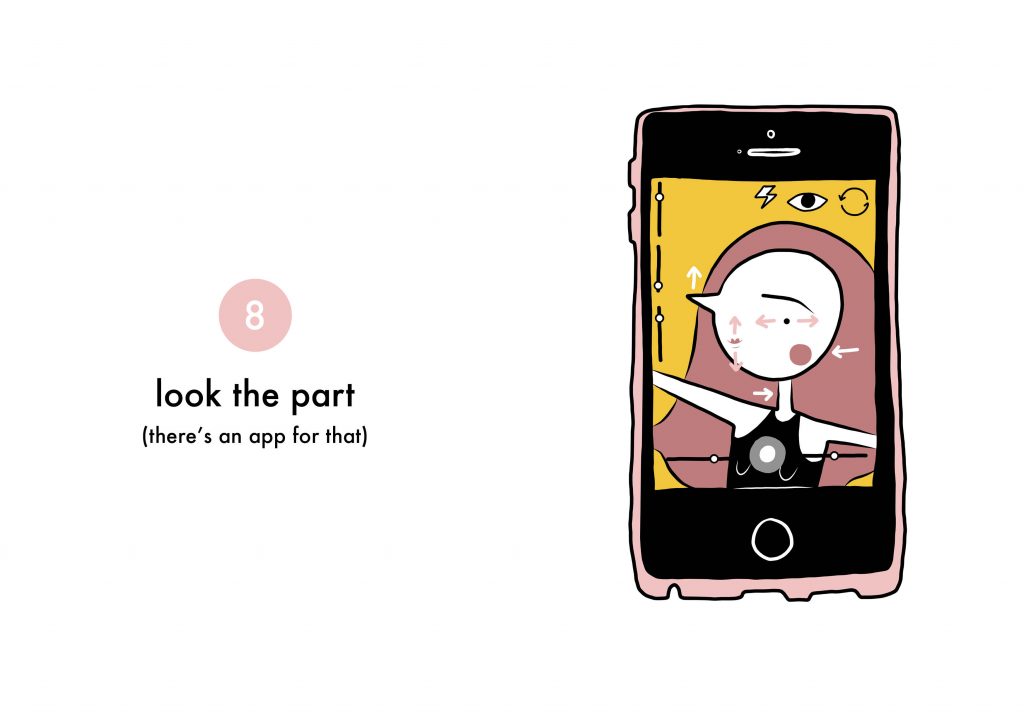 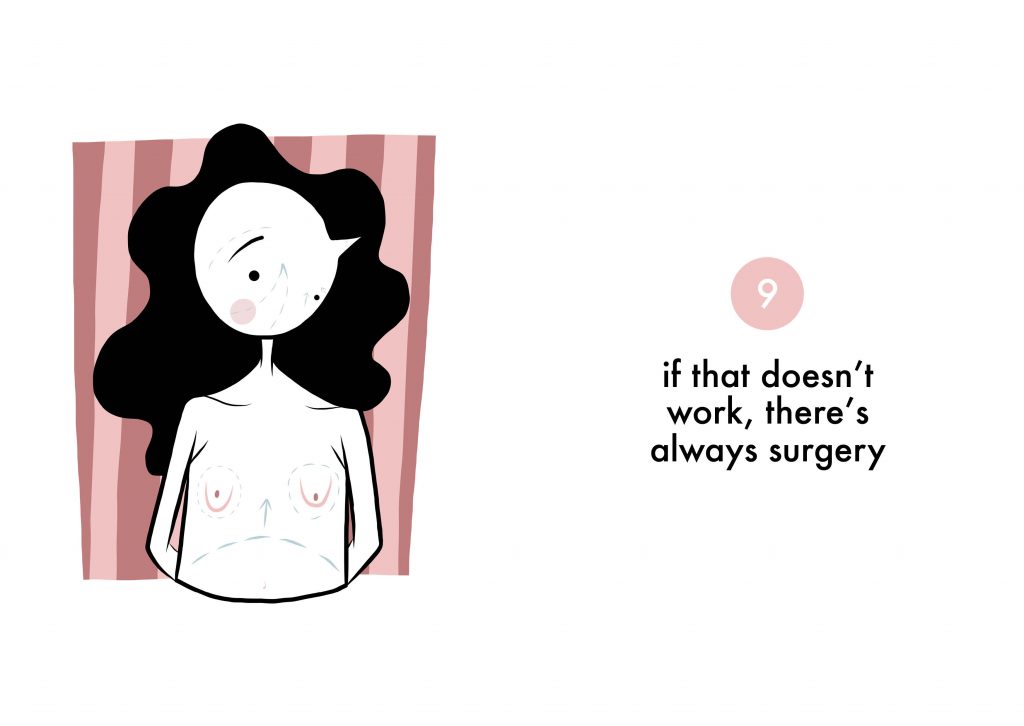 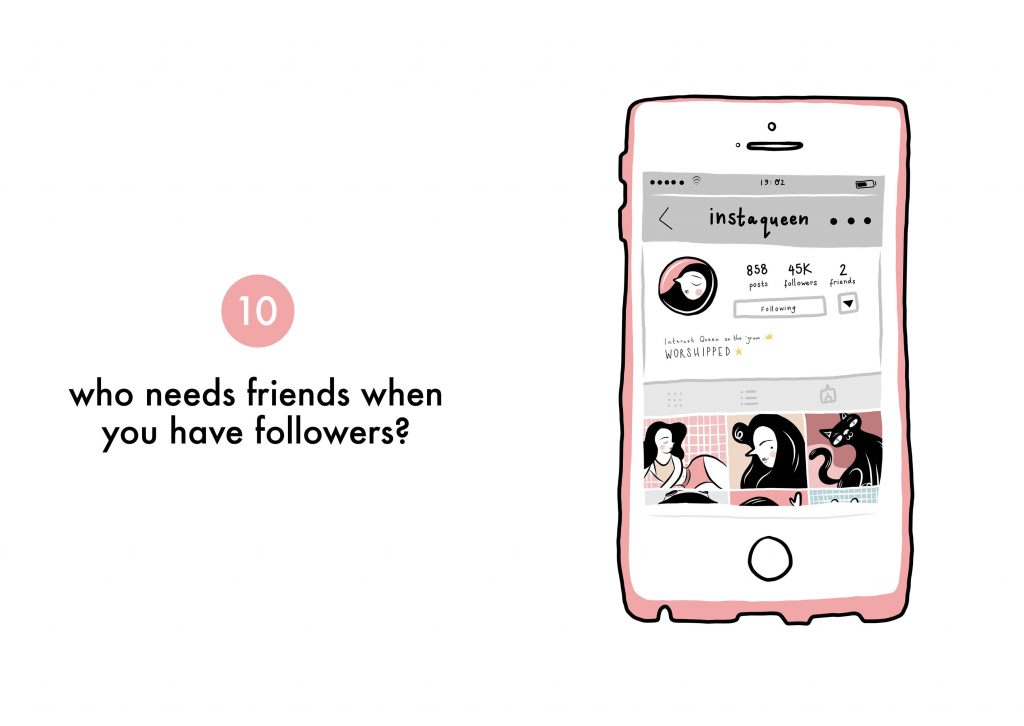 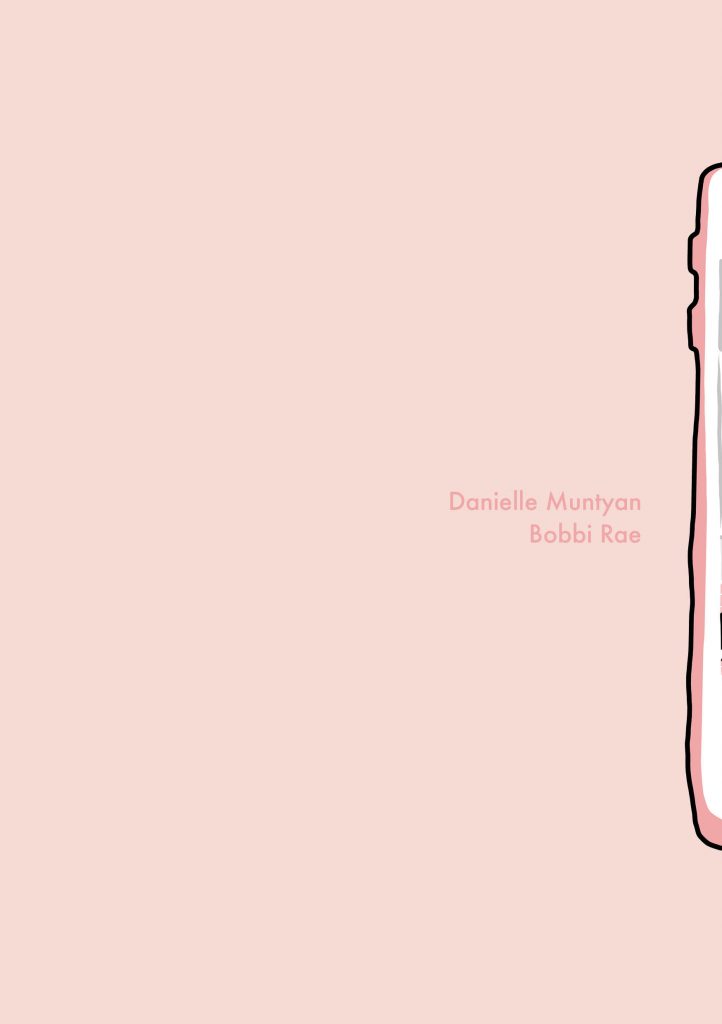 Bobbi and I also worked collaboratively on photographing this project, taking into account the knowledge obtained from the photography inductions throughout this semester. Photographs can be seen below: 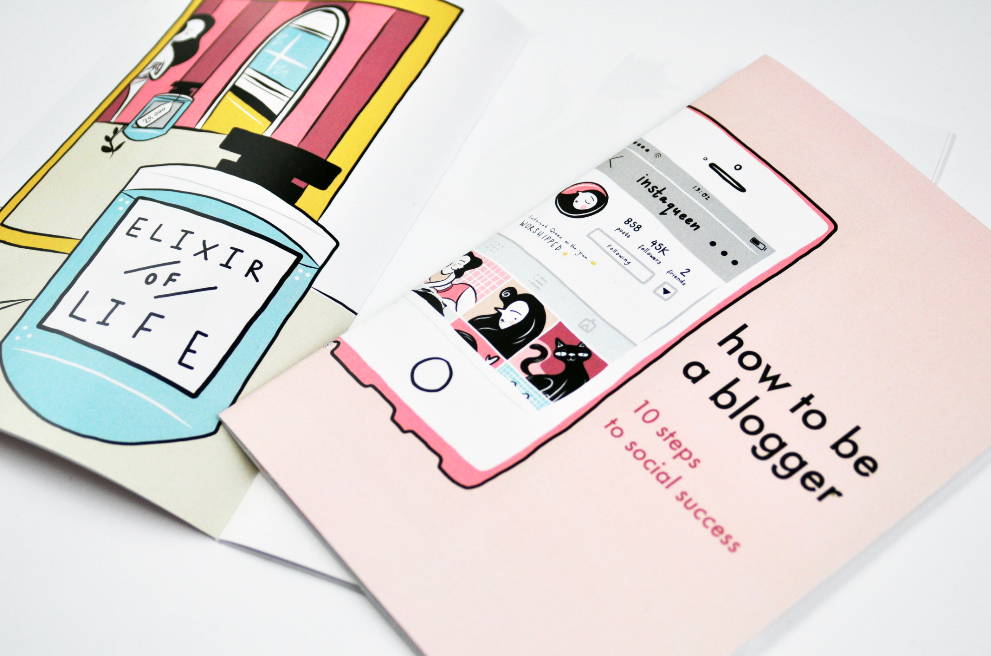 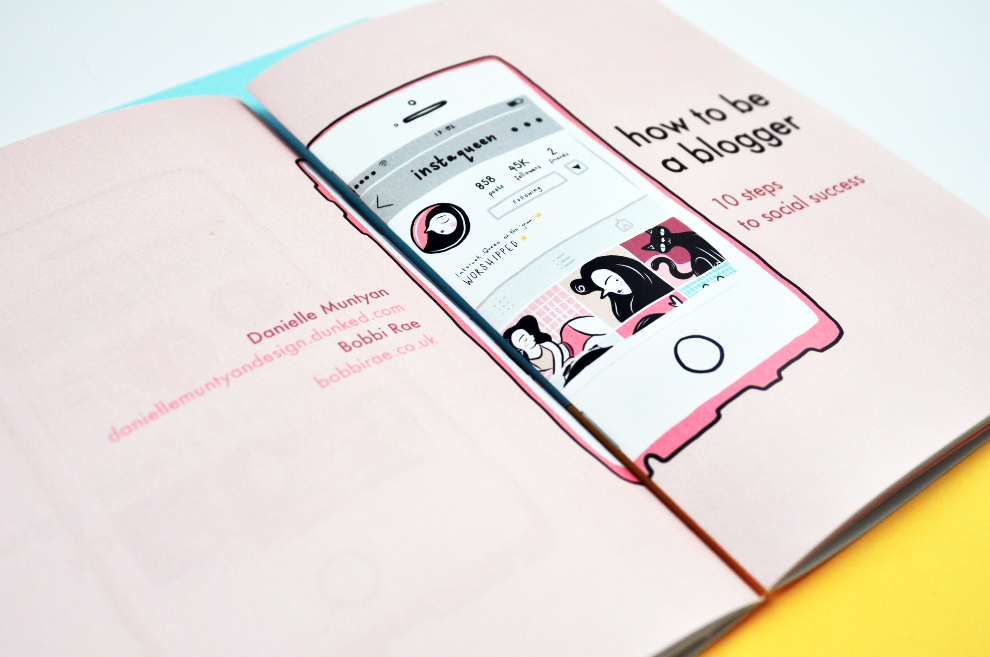 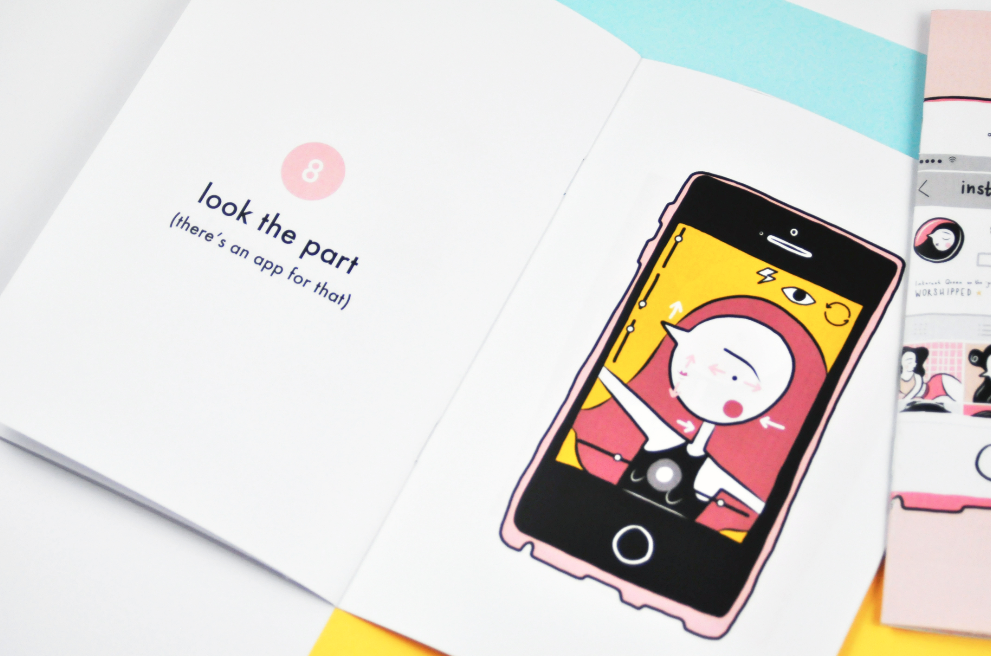 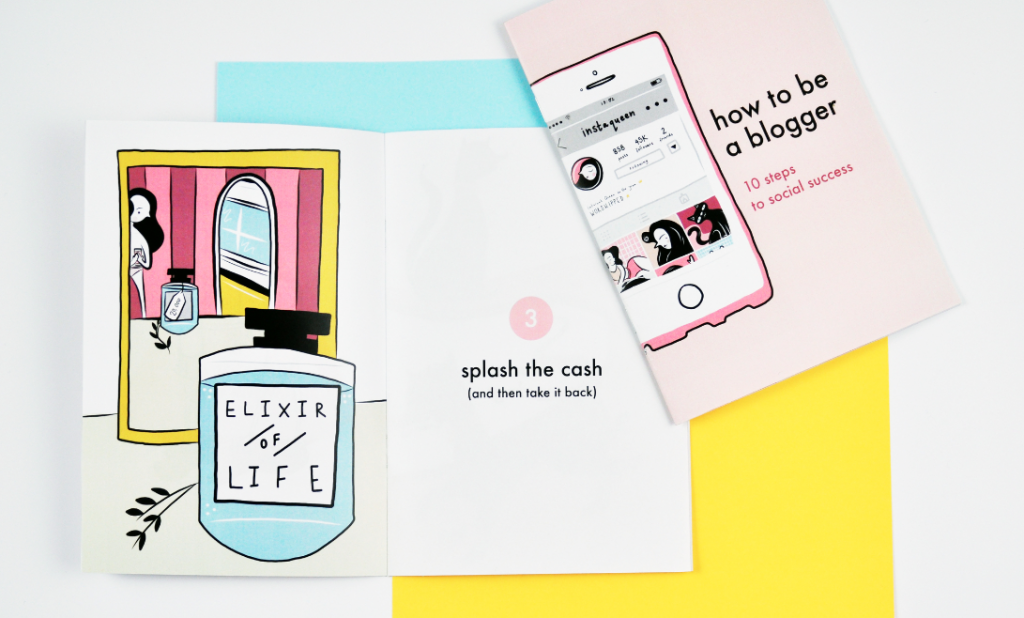 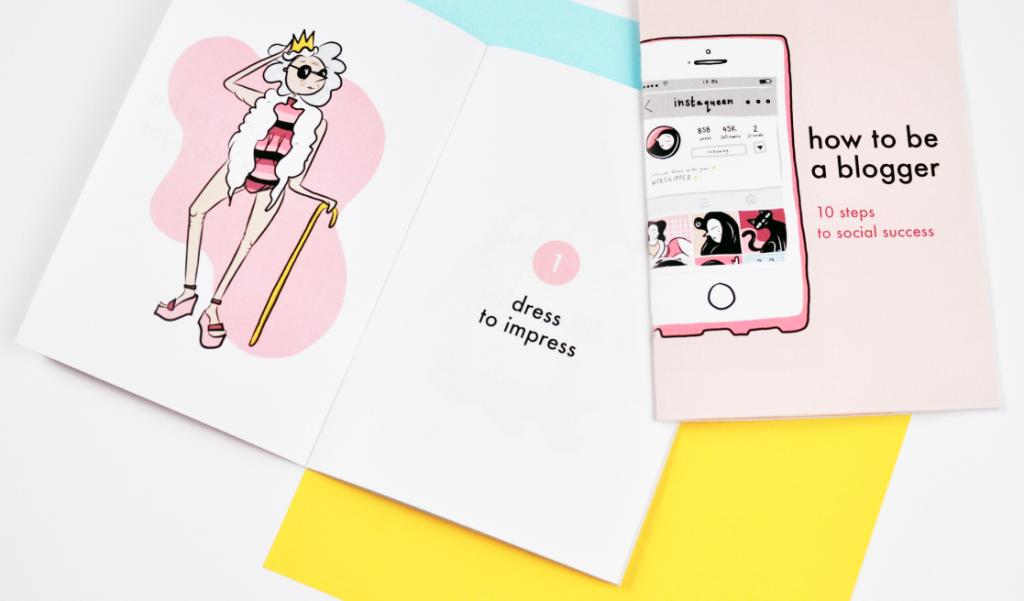 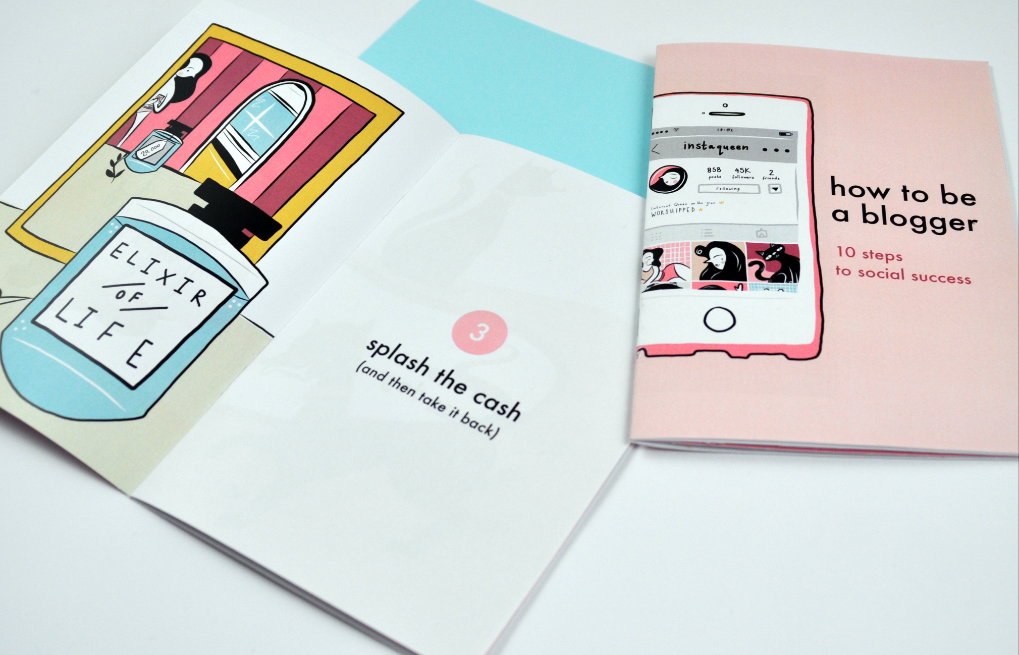 I am happy with the photography shown, however would of liked to of photographed each spread individually. Going forward, I want to also digitally mock this zine up to showcase the complete design for my professional website and online portfolio. This will avoid any inconsistencies within imagery shown, however may re visit this photography and do this in this manner opposed to mock ups however this depends on time available post-submission. This will also be kept in mind going forward in semester 2 and 3 to avoid having to photograph and digitally mock up also which will ensure for better time keeping and retrospective planning.