I came across this weekly magazine in my local CO-OP whilst waiting in a queue. I do not normally purchase such magazines, however felt obliged to purchase this in regards to research purposes. I saw the cover and was instantly taken back by the relevance in association to my research question, and more relevant, my current exploratory practical works and concepts focusing on the fashion and beauty industries and how they can unknowingly at times, affect our self-perception.

I have used Kylie Jenner as a focus throughout one of my initial projects being a natural progression from the success of initial one-off Instagram posts focusing on the power of her icon status and subsequent beauty brands, in turn influencing our self-perception through a following of almost 80m on Instagram, in addition to her app and TV shows for example.

Furthermore, the idea of competition within this article was intriguing, “Kylie tried to steal Kim’s crown” especially between two sisters, with Kylie in the photograph shown on the cover below, donning a Kim Kardashian ‘pose’ and donning a similar physique. At the same time, she is consciously pulling up her top to reveal her body, taking the photograph herself, showing how technology and media can drive a media storm making front page ‘news’. Being conscious of this Kylie is objectifying herself (self-objectification) knowing what sort of reaction she will receive from her following and the media alike. But does this self-objectification and narcissist trait perhaps, resonate with the ‘icon’ themselves that they are causing potential damage to those who view such imagery and articles, altering their perceptions and beliefs in turn? It is obvious that magazines such as Star, have no objection with objectifying, and showcasing women theirselves in order to gain sales.

Furthermore, as also touched on in my previous research and practice is the current fad of ‘lip fillers’ within the beauty and fashion industries, with celebrities, bloggers and icons alike seen with such augmentations. In addition to this, on the cover are also procedures such as ‘nose jobs’ and bottom implants. What I did notice however was that even though the headline “surgery shockers” at first appears quite negative, with the subtitles supporting this negativity in a sense of shock of ‘bad changes’ and bad perceptions. None of these procedures and the ‘finished looks’ have been seen as ‘beautiful’, ‘ideal’ or ‘perfect’ by the writers, and have instead been relayed with such terms as “destroyed her lips” and “wonky” suggesting to the reader, for once, that perhaps this is not such a good idea and infact can cause judgements and negative perceptions. Will this overtime impact on ones self-esteem through the gaze of others, leading to the self-surveying gaze to shine through and alter ones body again – but was this why the surgery was done in the first place? And are they changing due to feeling like they don’t fit in? This is resonant of Tafjel and Turner’s (1979) Identity theory where one may change their appearance to ‘fit in’ being “out-group”, and by making such changes to become “in-group” they feel as though they will be ‘accepted’. I believe that this is the same for celebrities and icons, feeling the need to compete and constantly comply with trends and the actions of those around them in-order to maintain a positive identity, and sense of positive self-perceptions. However, this as also noted in Taflej and Turner’s (1979) model that this cycle can cause depression, mental health issues, anxiety and eating disorders for example.

I feel looking at this cover alone, I have already noted Fredrickson and Robers (2008) Objectification and Self-Objectification theories, Tafjel and Turners’ (1979) Identity Theory, Shields (2013) Self-Surveying Gaze and Bem’s (1972) Self-Perception theory, and feel as though these can be relayed throughout the articles also noted below, but more importantly show how many issues, topics and debates can arise from only a very small segment of research and examples. I feel also that this cover alone evidences many of the points I have made, or am trying to raise through my current practice and research, and feel it is research and current examples such as this which evidence and satisfy my research question.

I am interested to compare such covers and articles to that of more ‘highbrow’ magazines to see comparatively how such topics of discussion are relayed in regards to both, copywriting and visuals.

I have made bullet points below in regards to the other scanned in articles, in relation to my research question, research to date and current practice. 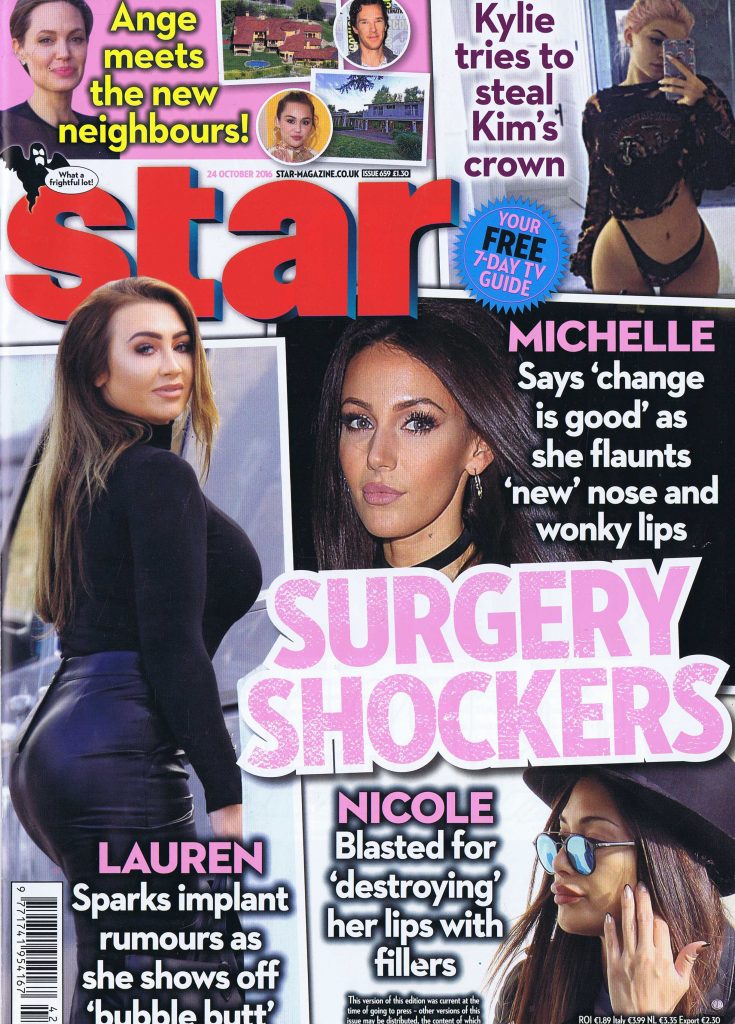 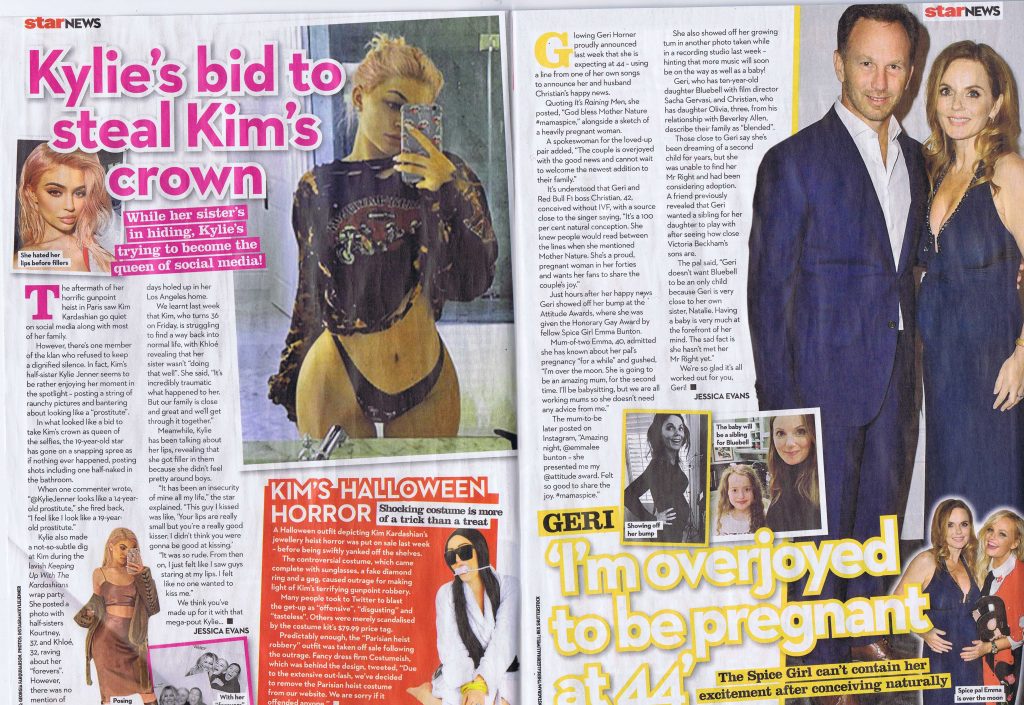 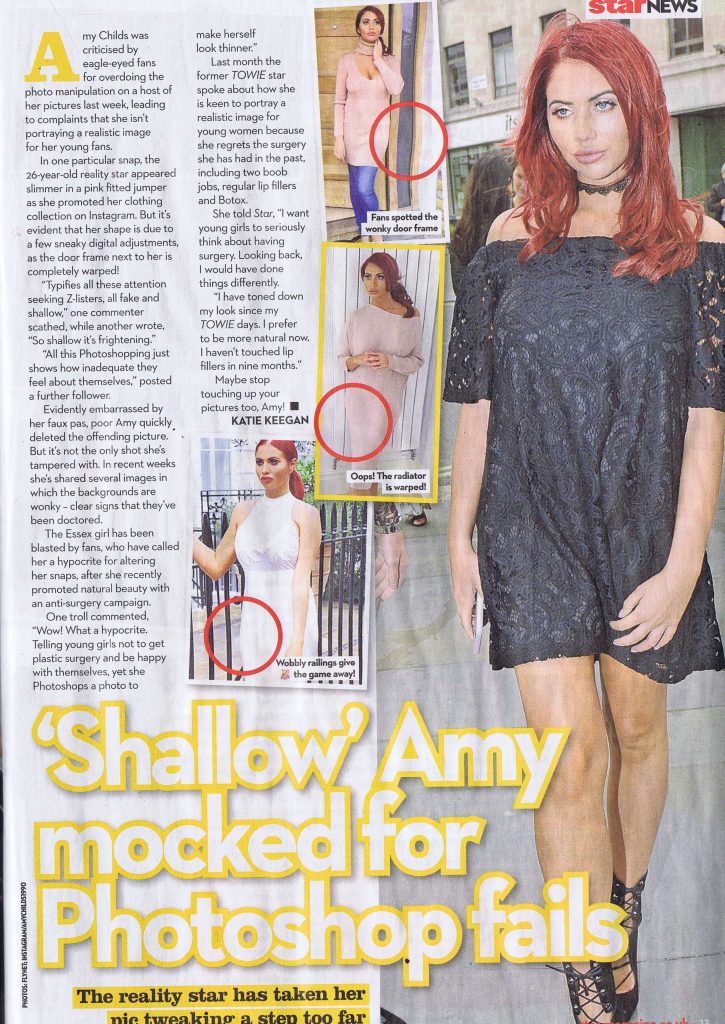 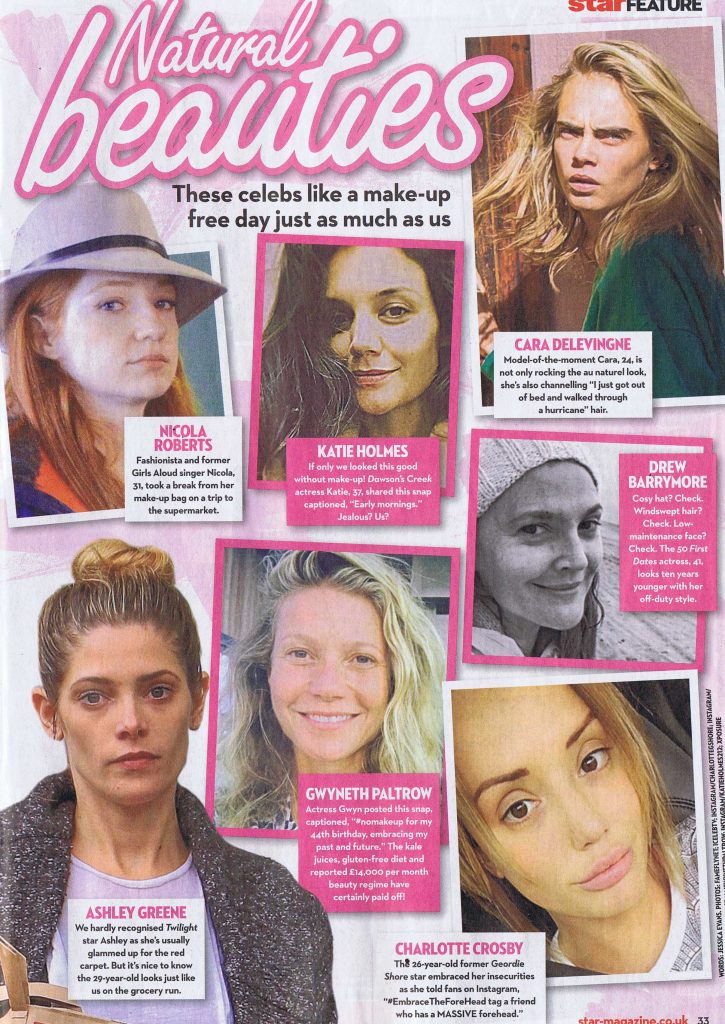 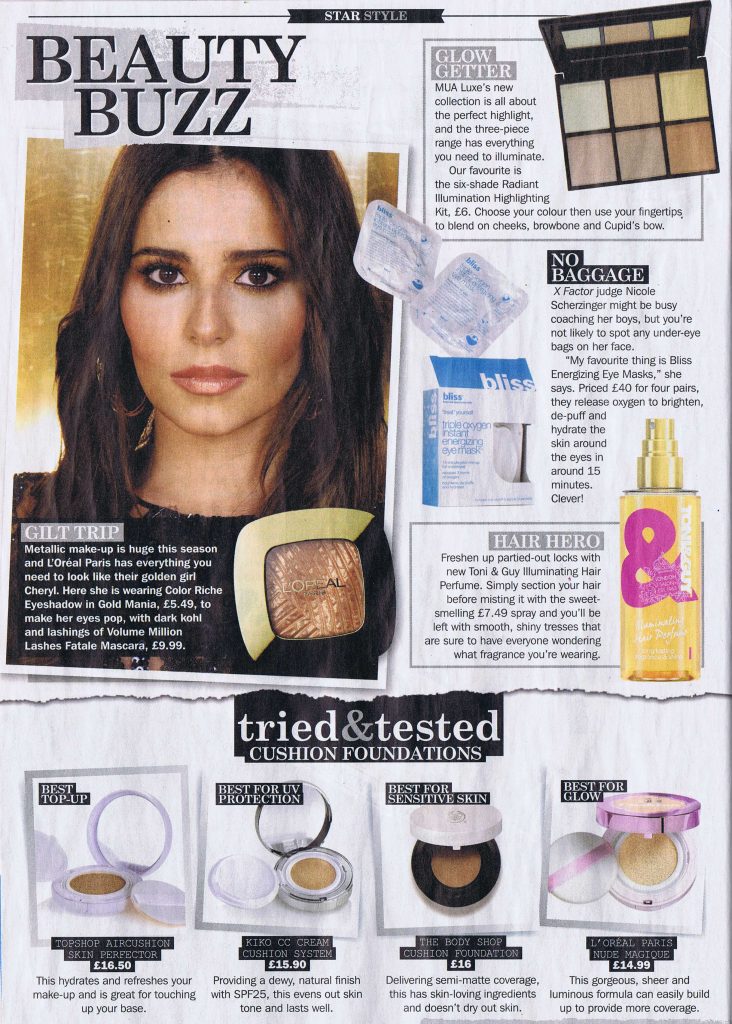